Nitrate is a natural contaminant present mainly in vegetables and drinking water although it is frequently added as a preservative in processed meat products. Plants utilise nitrogen from the environment as part of the nitrate cycle, for their metabolism and to produce protein. Any excess quantity of nitrate is stored mainly in green leaves.  In particular, green leafy vegetables like rocket, spinach or lettuce can store high levels of nitrate with concentrations affected by the weather conditions (light, temperature) excessive fertiliser use and the type of soil.

The European Commission Regulation (EC) No 1881/2006 sets maximum levels for nitrates in some leafy vegetables (<7000 mg/kg) and processed cereal-based foods and baby foods for infants and young children (<200 mg/kg).

Leafy vegetables have the highest median value of nitrate content. In an EFSA report (2008), the highest nitrate value was found in an oak-leaf lettuce sample from Norway (19925 mg/kg). For rucola, 56% of the samples analysed gave values over 4500 mg/kg. In baby food, the nitrate levels are much lower and according to Rebelo et al. (2015), the highest level was observed in retail, vegetable-based baby foods, with a maximum of 129 mg/kg. Several different analytical methods are used for the analysis of nitrate in foods and beverages including Ion chromatography, Spectroscopic methods and HPLC-Conductivity or other detector.

Nitrate on its own is non-toxic, however the conversion of nitrate to nitrite and N-nitroso compounds can potentially be dangerous for human and especially infant’s health, although some of the other metabolised nitrogen compounds may have positive effects (e.g. nitrogen monoxide- anti-hypertensive effect). According to the IARC Monograph (2010) ingested Nitrate and nitrite under conditions that result in endogenous nitrosation is considered “probably carcinogenic to humans” (Class 2A).

The physiology of babies and infants is very different to adults and it is important to control the type of substances ingested via foods and beverages. It is very common for mashed or pureed fruit and vegetables either home prepared or from the market to be fed to babies during the first months of their life. The process of conversion of nitrate to nitrite is accelerated when the vegetables are pureed; therefore the production of infant pureed food at home and improper storage conditions of any purchased baby vegetable food can potentially be dangerous to a baby’s health. The primary health concern is methemoglobinaemia, otherwise known as blue-baby syndrome as nitrite is able to oxidise haemoglobin resulting in reduced oxygen transfer around the body.

The European Food Safety Authority (EFSA) published a report in 2010 about the possible public health risks for infants and young children from the presence of nitrates in vegetables and according to this, the nitrate levels in vegetables together with the consumption data is not a health concern for most children. However, according to the same report, the risk to babies and infants 1-3 years old eating more than one spinach meal a day cannot be excluded.

To allow your laboratory to show with confidence, the quality of your analysis in measuring nitrate in infant vegetable food, we have introduced sample 798 to the food chemistry proficiency testing scheme.

Sample 798 is available in round FC252 to be despatched on the 18th of April 2017. For more information please see Scheme Documentation or to participate, please complete the application form and return it to ptcustomerservices@lgcgroup.com. 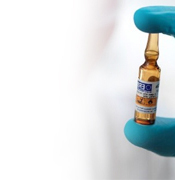