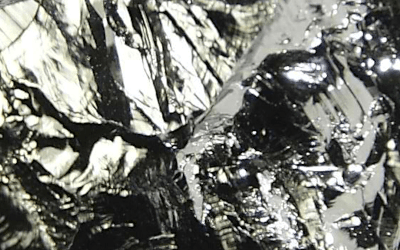 Beryllium (Be) is a rare but desirable element for mankind. Attributes such as thermal stability and conductivity, rigidity and lightness make Be metal a most useful material in industries such as aerospace and space craft concerns. On terra ferma, Be is widely used as window material in X-ray instruments due to its low density and atomic mass which makes it relatively transparent to X-rays. When mixed to other elements such as copper and nickel the resultant hardened alloys are useful in applications where resistance to high temperatures and corrosion are required. Beryllium is used in nuclear reactors as a reflector or moderator as it has possesses a low thermal neutron absorption cross section.

Berylliosis or chronic Be disease (CBD) is a chronic allergic-type lung response caused by exposure to Be and its compounds and the International Agency for Research on Cancer (IARC) has classified such materials as Category 1 carcinogens. Working with Be-containing materials therefore requires the use of appropriate workplace controls to minimise both inhalation and dermal risks. The EU scientific committee on exposure limits (SCOEL) has recently recommended revised limits for Be and its compounds. For an 8-hr time weighted average (TWA), an airborne limit of 20 ng m-3 has been proposed and a 200 ng m-3 for a short-term 15 minute average (STEL). Similar airborne TWA/STELs exist in other regulatory jurisdictions. The US Department of Energy (DOE) regulation also has action levels for surface contamination: 200 ng per 100 cm2 for free release from Be work areas, and a higher action level, 3000 ng per 100 cm2 for good housekeeping purposes.

The established monitoring approach, within an occupational setting, is to draw a known quantity of air through a paper filter using a personal inhalable air sampler mounted on the worker within their breathing zone i.e. close to their nose/mouth. Wipe materials suitable for trace metal analysis are available for surface sampling. Filter or wipe sample are then returned to an analytical laboratory for analysis where internationally accepted consensus standard methods e.g. ISO 15202-2, ASTM D7441 and ISO 30011, are used for preparing and analysing such samples.

A new trial sample 18 has been introduced into the AIR PT scheme which will allow laboratories to assess their performance in undertaking the required analysis to requirements set out in these international standards or national equivalents. Here 4 x 37 mm diameter mixed cellulose ester (MCE) filters spiked with Be, in the range 20-20000 ng, will be supplied alongside 3 x MCE blank filters.