Why a cannabis PT scheme? 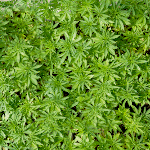 In recent years, the legalisation of hemp and cannabis for medicinal and recreational purposes around the world has caused the industry to balloon, with the global legal cannabis market size expected to reach $73.6 billion (USD) by 2027. This growth has been largely driven by the medical sector, in light of provisional evidence for the effectiveness of some cannabinoids in treating a number of conditions, including some epileptic syndromes, anxiety, insomnia, chronic pain, and skin inflammation cause by arthritis.

Due to the shifting sands of global legislation, cannabis production remains subject to a complicated global regulatory landscape. In the United States, the medical use of cannabis remains illegal in 17 states, whilst recreational use is outlawed in 39 states. Legislation within the European Union is also far from harmonious, with each member state having introduced their own regulations.

These complexities, however, do not affect the fundamental need for excellence when it comes to ensuring the safety of an organic, ingested substance like cannabis. Just like any food or beverage products, cannabis in both its C. indica (hemp) and C. sativa (marijuana) strains runs the risk of harbouring a range of chemical and microbiological contaminants, listed with * in the chart below.

For decades, illegal cannabis has been subjected to widespread contamination. In 1981, a Salmonella muenchen outbreak in Ohio, Michigan, Georgia, and Alabama was traced back to marijuana use, with samples of the drug obtained from the households of affected patients containing as many as 107 S. muenchen per gram. Associated cases were identified has having potentially dispersed as far as California and Massachusetts. As recently as May 2019, a study of hashish, a drug made from the resin of the cannabis plant, on the streets of Madrid found that 88.3% of samples were "not suitable for consumption", with E. coli, Aspergillus, and other foreign elements abundant.

It might be tempting to assume these issues are merely the hallmark of an unregulated, underground industry, but the need for effective qualitative and quantitative contaminant testing within the legal cannabis sector remains imperative. A 2013 study by The Werc Shop, an independent lab in California, found traces of three different pesticides – bifenthrin, diazinon, and permethrin – along with the plant growth regulator paclobutrazol in the smoke of legally obtained cannabis. Depending on the smoking device, the pesticide recovery in smoke condensate varied from as low as 0.08% for diazinon in a filtered water pipe to almost 69.5% for permethrin in a glass pipe.

“The recoveries of pesticide residues in the smoke stream are very significant in relation to the potential of exposure by the end consumer,” the study’s authors noted. “As medical cannabis patients already possess negative health complications, exposure to pesticides may create additional health complications and interfere with other health care approaches.”

Alongside issues of contamination, producers of cannabis and cannabis-related products must monitor the presence of cannabinoids, the ‘active ingredients’ behind some of the plant’s psychophysiological effects. Testing for the presence of these compounds is known as ‘Potency Testing’.

To date, at least 113 cannabinoids have been identified – whilst CBD and other related compounds are largely noted for their potential medicinal utility, THC and its derivatives such as CBN are psychoactive and as such are classified in many jurisdictions as controlled substances. As such, in order not to fall under the Controlled Drugs regulations, any samples produced for laboratory testing must meet the following exemption criteria:

- Not be designed for human consumption

- Not be readily recovered

- Contain <1mg of a controlled substance

LGC’s cannabis proficiency testing scheme is designed to assist laboratories in identifying and quantifying chemical and microbiological contaminant levels in cannabis and cannabis-related products, and/or in measuring for cannabinoids, psychoactive or otherwise. Included in the scheme samples are a range of contaminants and, in the case of potency testing, cannabinoids, outlined in the charts below.

As discussed, the difficulties presented by the global legislative landscape more or less prohibit the use of cannabis as a matrix in the first instance. Instead, a hemp oil sample is spiked with suitable concentrations and ratios of various active ingredients, including THC and CBD. A broad range of measurands are provided for analysis, with pesticides drawn from a list of 65 common cannabis pesticides.

Cannabis is a very complex material which contains hundreds of naturally occurring chemicals,” says LGC’s proficiency testing head of operation, technical, Matthew Whetton. “Many of these contribute to the plant’s distinctive aroma and flavour, whilst others are psychoactive or interact with our body’s endocannabinoid system.

“In common with other natural products, cannabis may also contain unwanted contaminants such as mycotoxins, or toxic elements. LGC’s cannabis PT scheme provides samples which enable participants to ensure the effectiveness of the methods for the measurement of both the desirable and undesirable components.”

All cannabinoids present in the hemp oil sample will meet the criteria necessary to avoid falling under the Controlled Drugs regulations, and all samples will be licensed and shipped from LGC’s state-of-the-art facility in Bury, UK. No license is required from participants.

On the microbiological front, given that the organisms of interest are broadly similar to those in many other food and environmental products, a Salmonella sample has been included due to its known stability, as well as multiple Quality Indicators. These include detection and quantification of a range of potential pathogens or spoilage organisms, including Staphylococcus aureus, coliforms, yeasts, and moulds.

Science for a safer world

Given the legal cannabis industry’s relatively recent emergence, it’s vital that producers of cannabis and cannabis-related products start as they mean to go on, and ensure the safety and authenticity of their products. LGC’s cannabis PT scheme provides a vital service in ensuring your laboratory is effectively monitoring the substances passing through its doors, whether in measuring the potency of cannabinoids and other compounds, or in detecting and quantifying multiple chemical and microbiological contaminants.

Get in touch today to find out how we can be of service, and help you do science for a safer world!