What have the EPA methods ever done for us? 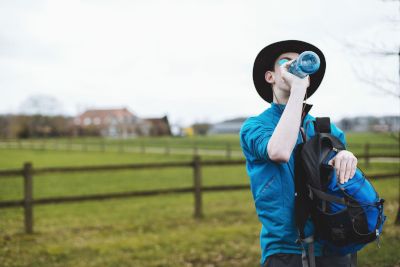 This year, the United States Environmental Protection Agency is celebrating its fiftieth birthday!

In the half-century since its establishment, as our understanding of environmental issues has evolved, the EPA has published a great many test methods designed to protect people and the environment from pollution. The EPA collaborates with the World Health Organization (WHO) and with a number of countries (such as China) to develop environmental laws and regulations.

Some environmental laboratories in countries outside the United States follow standard operating procedures that are based on EPA methods. Outlined below are some example EPA Methods, by series:

Founded in the midst of growing public concern about the impact of human activity on the natural world, the EPA can trace its roots back to the early 1960s, when the publication of Rachel Carson’s Silent Spring caused widespread alarm around environmental issues. In 1968, a joint committee was formed to discuss the need for implementing a national environmental policy – this was followed by the National Environmental Policy Act of 1969.

That same year, a fire on the Cuyahoga River in Cleveland, Ohio caught the nation’s eye. Though it was quickly extinguished, the 20-minute blaze brought attention to the river’s extensive pollution, and subsequently the state of waterways across the USA. “Yellowish–black rings of oil circled on its surface like grease in soup,” recalled one Cleveland local. “The water was yellowish, thick, full of clay, stinking of oil and sewage.”

President Richard Nixon signed the National Environmental Policy Act into law on January 1, 1970. Later that year, however, after recognising the scale of the issues needing addressing, Nixon proposed consolidating the multiple environmental responsibilities that the federal government was required to address into a single overarching agency. Thus, the EPA was born.

It’s safe to say that the EPA revolutionised environmental science, for consumers and scientists alike. The introduction of universally-recognised safety standards gave laboratories clear benchmarks against which they could compare their findings.

The Clean Water Act of 1972 was one of the agency’s first acts, and established a basic structure for regulating discharges of pollutants into the waters of the United States, as well as regulating quality standards for surface waters. This was followed two years later by the Safe Drinking Water Act of 1974, which focuses on all waters actually or potentially designed for drinking use, whether from above ground or underground sources.

The Safe Drinking Water Act authorises the EPA to establish minimum standards protecting tap water, and requires all owners or operators of public water systems to comply with these standards. Correspondingly, EPA Method 525.2 lays out a method for the determination of organic compounds in drinking water via liquid-solid extraction and capillary column gas chromatography/mass spectrometry. Similarly, EPA Method 524.3 provides a procedural guide for the measurement of purgeable organic compounds in water by capillary column gas chromatography/mass spectrometry.)

Alongside the regulation of known contaminants, the EPA uses the Unregulated Contaminant Monitoring Rule (UCMR) program to collect data for contaminants that are suspected to be present in drinking water but do not have health-based standards set under the Safe Drinking Water Act. The UCMR programme provides the EPA with scientifically valid data on the occurrence of these contaminants in drinking water, which allows the EPA to determine whether the population is being exposed and how high the levels of exposure might be.

UCMR data sets are one of the primary sources of occurrence and exposure information the EPA uses to develop regulatory decisions for emerging contaminants. Since 2001, the UCMR has operated on approximately a five-year cycle, monitoring no more than 30 contaminants in each cycle. Proposed contaminants for UCMR 5 are anticipated late in 2020, with final rulings to be issued in late 2021.