Parkinson’s disease (PD) is a devastating disorder of the nervous system and the second most common neurodegenerative disease. PD has multiple disease variants, with symptoms including loss of voluntarily muscle movement, tremor at rest, and rigidity, in addition to a host of non-motor symptoms including anxiety, depression, cognitive dysfunction, and hallucinations.

Development of a long-lasting, effective treatment – and ultimately a cure – for all forms of Parkinson’s disease (PD) remains an elusive goal. That being said, recent years have brought forth an array of innovative and radically diverse approaches from the fields of regenerative medicine, pharmacology, and immunology that may yet represent significant breakthroughs.

Almost 150 years passed after Parkinson’s was characterised in 18171 before Arvid Carlsson first linked deficiencies in dopamine neurotransmitter pathways in the substantia nigra brain region with the disease2.  Further to these key findings, a central research and clinical focus has been directed towards increasing dopamine levels in this brain region.

In a 2020 study published in the journal Nature3, researchers extracted astrocytes from PD mouse models, amplifying and reprogramming these cells into neurons in vitro via a technique called antisense oligonucleotide targeting to reduce expression of the protein PTB. Implanting the cells back into the mouse brain led to an increase in dopamine signalling in parallel with the alleviation of PD symptoms. Early stage research applying these techniques to human cells is already in progress.

The pathological marks of PD are Lewy bodies, bundles of proteins such as α-synuclein and ubiquitin that aggregate in nerve cells, causing toxicity. A number of promising avenues use techniques to reduce this toxicity by targeting the formation of Lewy bodies. For example, one approach that has been successful in animal work and early clinical trials uses antibodies to tag extracellular α-synuclein for degradation, preventing the proteins from “infecting” and compromising neighbouring cells4. 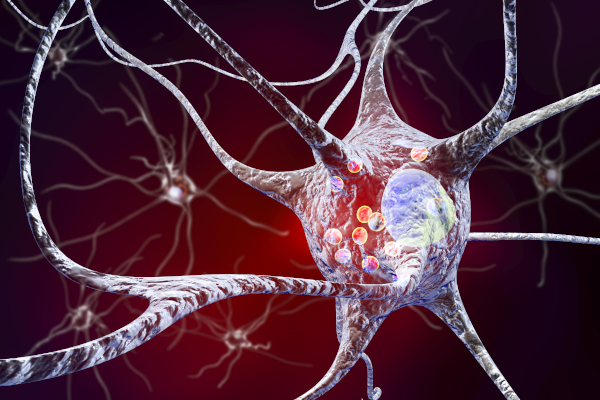 Proteins known as GDNFs that promote survival of dopaminergic neurons have been the target of intense study for a number of years. A recent PD rodent study at the University of Helsinki used a GDNF receptor activator, BT13, designed specifically to cross the blood-brain barrier, an obstacle that has impeded previous pharmacological approaches. The study generated promising results and its findings are currently under assessment to determine whether they should be taken forward into clinical trials5.

Development of a cure for all forms of PD remains a distant goal, but the explosion of novel and exciting experimental approaches trialled in recent years does bring new hope. The diversity of syndromes collectively referred to as Parkinson’s Disease, each with multiple disease-causing elements, provides an opportunity for more targeted personalised treatment approaches, the success of which is likely to be closely linked to the development of predictive biomarkers for classification of PD subtypes. A greater understanding of PD pathogenic mechanisms will be crucial to progress this work, and previous PD advances indicate key roles for both animal and in vitro cell-based work.

Research in the area of neuroscience can take diverse directions, ranging from key enzymes and neurotransmitters to protein effectors; thus, there exists a concomitant need for a broad range of tools.

If you are looking to target emerging or well-established pharmacological interventions or pathogenic pathways involved in PD, please visit our webshop for more information.

Note on the author

Joe Lackey holds a PhD in Cell Signalling and Cancer from the University of Dundee and has worked as an ATCC Technical Specialist for four years. Joe is writing this series of blogs to explore his significant interest in the role in vitro models have to play in drug discovery, within the greater context of advances in precision medicine and the journey to the clinic.