Bread, beer, and Babylonians – an overview of food processing risks 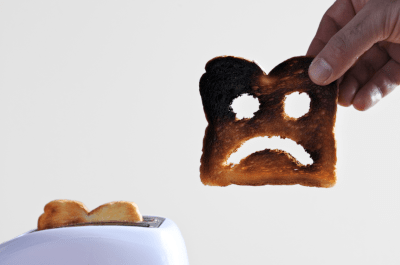 As discussed in our our previous post, food producers must contend with an onslaught of potential risk from all directions. The dangers of biological contamination are numerous, with mycotoxins, endotoxins, and aflatoxins posing significant health risks across a wide range of foodstuffs. Many practices employed in modern industrial food processing – practises such as ultra-high temperature processing (UHT) – are designed specifically to help reduce or eliminate the risks these biological contaminants pose to consumers and the environment, but these problem-solving technologies can sometimes introduce new complications of their own.

Food processing might seem like a hallmark of the modern era, but its historical roots are intertwined with those of civilisation. The Fertile Crescent, a region stretching from modern-day Egypt to Iraq, has long been identified as the birthplace of agriculture, with the domestication of grains such as wheat and barley allowing human societies to grow to larger scales. The bread basket of the ancient world, however, could also have been the birthplace of acrylamide, a chemical produced by cooking starches at high temperatures.

Acrylamide is a product of the Maillard reaction, a precursor to caramelisation and pyrolysis (i.e. burning). This reaction is ultimately responsible for improving the flavour profiles of a whole host of foods, from toasted marshmallows to roasted veg, and is crucial to many food processes, such as the transformation of dough into bread. Despite its ubiquity, acrylamide was only discovered to be present in many foodstuffs in 2002, by Sweden-based Eritrean scientist Eden Tareke. Since then, it has been increasingly identified as a potential carcinogen, with the EFSA’s latest report, published in 2015, concluding that “acrylamide in food potentially increases the risk of developing cancer for consumers in all age groups.” It remains unclear, however, just how much of a risk acrylamide poses to human health.

The degree to which ancient Babylonians were exposed to acrylamide is difficult to ascertain, not least because of the genetic changes which have occurred in domesticated grains over the course of the last few millennia. A 2019 study found that flatbreads prepared with “alternative and ancient grains” were significantly lower in acrylamide than their modern wheat counterparts, so it’s plausible that our forebears’ bread baskets were largely carcinogen-free. The same cannot be said, however, for their breweries.

Beer has been produced for millennia. Indeed, some academics have queried the notion that ancient man lived ‘by bread alone’, postulating instead that it was beer that drove the development early human civilisation. One of the oldest translated texts, the Code of Hammurabi, dating to 1754 BC, outlines the laws of the Babylonian kingdom, and includes references to the ways in which beer-serving establishments should be regulated. The presence of beer in the ancient world might lead one to conclude that ethyl carbamate is, in fact, a solid contender for the oldest food processing contaminant.

A naturally occurring component of all fermented foods and beverages, ethyl carbamate has shown a potential for carcinogenicity in high doses in animal tests, and is classified a probable human carcinogen (group 2A). Ironically, until 1943 it was used as an antineoplastic (i.e. chemotherapeutic agent) to treat cancer,

Whilst it has been identified in a wide range of products, including soy sauces and soybean pastes, ethyl carbamate is of particular concern for the alcoholic beverage industry. The FDA recommends a number of different approaches to winemakers seeking to minimise levels of ethyl carbamate in their products, many of which focus on the reaction between urea and ethanol under heat, a key pathway for ethyl carbamate formation. Some work has been done to create genetically modified yeast which produce lower levels of urea, but the existence of other ethyl carbamate precursors, such as glycosidic nitrile in barley, cyanogenic glycosides in sugarcane, or amygdalin in stone fruits, means the problem is far from being solved – all of these compounds can break down into cyanide, which itself reacts with ethanol under heat to create ethyl carbamate when inside a copper still.

The intractable problem presented by ethyl carbamate is analogous to that presented by an unrelated but equally prevalent food processing contaminant, 3-MCPD. Both occur naturally during food processing – the former, as discussed, during fermentation, the latter during oil refining processes. In particular, 3-MCPD is produced when foods are treated with hydrochloric acid at high temperatures, in order to speed up protein hydrolysis. The compound, which is classified as a possible carcinogen, is the most common member of a classic of chemical food contaminants called chloropropanols, and has been identified in a wide range of products, including soy sauces and other condiments, as well as paper products such as coffee filters and teabags.

The modern industrial era has introduced a number of chemical contaminants which, unlike 3-MCPD, ethyl carbamate, or acrylamide, are not produced by the food being processed, but are externally introduced. Perhaps the most well-known such products are per- and polyfluoroalkyl substances, better known as PFAS. These environmentally persistent chemicals used for a number of applications, including in firefighting foams, textile coatings, and food packaging, and have been shown to be present in the the blood of 97% of US adults. Despite the the efforts of legislators, the bioaccumulative nature of PFAS compounds means these ‘forever chemicals’ remain a pressing issue for food contamination.