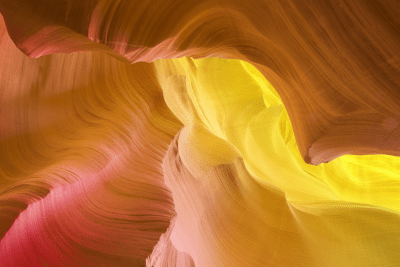 The demand for organic produce has grown exponentially over the past three decades, with one of the key drivers in organic food consumption being the risks associated with pesticide exposure. But as populations continue to increase there is a growing demand for a fast turnaround from seed to sale.

To celebrate the expansion of our Pesticides in Fruit and Vegetable proficiency testing offering, AXIO investigates the highly publicised ‘Dirty Dozen’ list of contaminated produce and asks whether reliable steps being taken to ensure that non-organic fruit and vegetables are certifiably safe for consumption?

What is the Dirty Dozen?

The Environmental Working Group (EWG) is a not-for-profit organisation, established in 1993, focused on issues surrounding chemicals, food production and modern agricultural practices. Their professed aim is to shine a spotlight on outdated legislation, harmful agricultural practices, and industry loopholes that pose a risk to our health and the health of the environment, to which end they have published their ‘Dirty Dozen’ list every year since 1995.

The Dirty Dozen is a list of the conventionally grown fruits and vegetables found by the EWG to be contaminated with the highest levels of pesticide residues each year. Pesticides are commonly used in agriculture to protect crops from damage caused by insects, weeds, and diseases, so the Dirty Dozen purports to be a guide that can protect consumers from unnecessary pesticide exposure.

However, studies exploring some of the EWG’s claims have found the Group’s methodology ‘lacks scientific credibility’ and may exaggerate problems, scaring the public away from consuming healthy foods. Pesticides are already tightly regulated and a recent report found that in the U.S. 99% of products sampled through the Pesticide Data Program had residue levels below the permitted Environmental Protection Agencies (EPA) tolerances, so were no risk to consumers.

So what are the pesticides that contaminate the Dirty Dozen and, more importantly, what are the safety implications?

The summertime classic strawberries leads the way in the Dirty Dozen list, as the product with the highest level of pesticide contamination. 55.3% of strawberries are often found to contain Tetrahydrophthalimide, which is also known as Captan. Captan is very low in toxicity but it does have some side effects, as ingesting large quantities can cause symptoms such as diarrhea and vomiting.

Spinach may be Popeye's source of strength, but with 51.9% of spinach being found to contain Permethrin residue, it is safe to say that it is not a favorite of our beloved feline friends. If Permethrin comes into contact with a cat’s skin they may begin to act strangely by flicking their paws, twitching, or rolling on the ground. When exposed to high levels of permethrin (above 45%) it can cause problems walking, muscle tremors, seizures and, in the worst case scenario, death.

Kale was listed at third place in the 2021 Dirty Dozen with a 30.3% contamination of imidacloprid. The maximum tolerance of this pesticide in crops is 5 μg/kg which is not lethal, however, a study showed that if honey bees are exposed to levels of 20 μg/kg of food it has dire consequences, such as reductions in associative learning, queen fecundity, foraging activity, and increased susceptibility to other stressors and colony collapse.

43.4% of nectarines were found to contain the pesticide fludioxonil, which is thought to be non-toxic to mammals, birds, bees and earthworms, but in contrast is proven to be harmful to fish and aquatic organisms, and extremely toxic to algae in particular.

An apple a day may not keep the doctor away, as the EWG claim that 81% of U.S. apples contain thiabendazole. Although exposure to this pesticide is thought to have generally low acute toxicity, the EPA has classified thiabendazole as likely to be carcinogenic at doses high enough to cause disturbance to the thyroid hormone balance.

There are entire regions across the globe dedicated to the growth of grapes,with 3.2 million hectares of vineyards in the EU alone. There is a huge demand for this fruit, therefore it is not surprising that grapes made it onto the list, with 39.1% of samples tested found to have traces of the pesticide Myclobutanil. Myclobutanil is harmful if swallowed, and is suspected of damaging fertility and causing complications to unborn children.

According to 'What's on my food' 30.6% of peaches contain Phosmet. The European Chemicals Agency, an agency of the European Union, has reported that Phosmet is severely toxic to aquatic life with long-lasting implications if water is found to be contaminated with the pesticide. It is also toxic to humans and if it is inhaled it is suspected to damage fertility.

Pears came in at number nine, as 26.5% of samples were contaminated with o-Phenylphenol (OPP). In a laboratory experiment referred to by PubChem, it was found that Fischer rats developed urinary bladder tumors when exposed to this pesticide.

The pesticide Carbaryl was found to contaminate 9.8% of peppers. The EPA has classified Carbaryl as likely to cause cancer after a study was conducted where mice were fed high daily doses of Carbaryl for 2 years. Male mice had an increased number of blood vessel tumors at all dose levels. At the highest dose, both male and female mice had an increased number of kidney and liver cancers.

Celery was found to have one of the potentially most dangerous pesticide residues in nearly 22% of the stock tested. The EPA has classified propiconazole as a possible human carcinogen due to its link to the increased incidence of benign and malignant liver cell tumours among male laboratory rats and mice. Even low yet chronic doses were associated with higher incidences of liver tumours.

Last but not least on the Dirty Dozen list is the tomato, with 8% of fruits containing Methamidophos. Methamidophos is slightly corrosive to mild steel and copper alloys and is highly toxic to mammals, birds, and bees.

So are fruit and vegetables safe to consume?

There is no denying that a high level of exposure to any of the pesticides that have been listed could have a range of dangerous implications for humans, animals, pollinators and of course the environment. However, as the EPA reported in 2019, 99% of fruit and vegetables tested were well below the residue level safety standards that have been established. It is therefore fair to suggest that fruit and vegetables are safe to consume and that the benefits of including these foods as part of a healthy diet far outweigh any associated risk.

What the Dirty Dozen list does highlight is the importance of the work completed by laboratories that analyse pesticides in fruit and vegetables, as failure to accurately report on pesticide residue could have very serious consequences. Residue analysis and food testing is therefore crucial to ensure safe residue levels continue to be met and that consumers are both safe and confident in the quality of what they’re eating.

How can we inspire confidence that laboratories are accurately analysing pesticide residue?

A range of quality control measures can help to inspire confidence in the testing methods and results of a laboratory, such as ensuring equipment is collaborated correctly using quality reference materials and participation in proficiency testing. AXIO Proficiency Testing is delighted to announce that we have recently added nine pesticides in fruit and vegetable samples to our Quality in Food Chemistry Scheme. Our samples offer laboratories the opportunity to analyse up to 20 pesticides from a list of 250 potential contaminators, including all of the pesticides explored in this article. We designed these samples so that our global laboratory network can have confidence in the accuracy of their results, ensure reliability in their methodology, and continue the vital work of keeping consumers and the environment safe.