Is your vegan food really vegan? 3 common culprits for contamination

Everywhere you look, plant-based eating is on the rise. But with the industry still in its infancy, are reliable steps being taken to ensure plant-based food products are certifiably free from meat and other animal products?

There can be no denying the recent surge in interest in vegan and vegetarian diets. Recent estimates suggest that around 1.5 million Brits or 2.25% of the UK population, follow a vegan diet, a ten-fold increase from 2014. A further 3.1 million Brits are vegetarian, whilst 2.5 million are pescatarian, avoiding meat but eating fish. This means that, taken as a whole, approximately 14% of adults in the UK follow a meat-free diet, with a further 12% (6.5 million) intending to ditch meat in 2021.

Correspondingly, sales of vegan and vegetarian products are soaring, as consumers rethink their consumption of animal protein and opt for plant-based alternatives. In 2019, UK companies successfully applied for 107 trademarks for vegan supermarket products, including dairy-free ice creams, meat-free burgers, and plant-based cheese alternatives. Demand is being driven as much by meat eaters as vegans and vegetarians, as up to 19% of consumers follow a ‘flexitarian’ diet, basing their meals largely on plants whilst still occasionally consuming animal products.

What’s in a name?

The explosion in popularity of vegan and vegetarian products has led to significant legislative upheaval, both in terms of marketing regulations and product safety. In October 2020, the European Parliament rejected a proposal to ban the use of words like ‘sausage’ and ‘burger’ to describe vegan and vegetarian products, garnering praise from leaders in the plant-based industry. Conversely, however, MEPs also voted to ban references to dairy products for plant-based foods, meaning terms like ‘almond milk’, ‘yoghurt-style’, or ‘cream imitation’ are now prohibited.

The decision has not been without opposition. The European Consumer Organisation, BEUC, conducted a survey of consumer attitudes and found that “most consumers believe that the use of ‘meaty names’ (e.g. veggie ‘burgers’ or ‘sausages’ should be permitted provided the products are clearly labelled as vegetarian/vegan.” The BEUC argued that the use of ‘meaty’ names on plant-based products makes it “easier for consumers to know how to integrate these products within a meal,” but that “it should be ensured that consumers can clearly identify these products as vegetarian/vegan and that they are not misled about their nutritional quality.”

Ensuring a product is certifiably vegan or vegetarian is harder than it might appear. In March 2021 the International Organization for Standardization published a new standard outlining definitions and technical criteria concerning vegan and vegetarian foodstuffs. But with no legal definition of ‘vegan’ food, the question of whether cross-contamination renders a product non-vegan has been left to manufacturers and consumers to figure out.

The European Vegetarian Union, which has been lobbying for a definition since 2008, has published a proposed definition as a basis for discussion, suggesting that, “in the manufacture, preparation, treatment or placing on the market of foods that are labelled as vegetarian or vegan, appropriate precautions must be taken, to avoid cross-contamination” with meat or animal products. 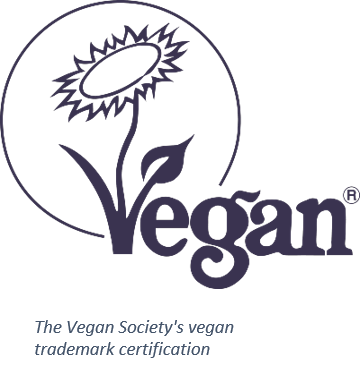 Similarly, the Vegan Society, whose Vegan Trademark certification has been helping users identify products free from animal ingredients since 1990, does not require food producers to prove that their products are 100% free from cross-contamination in order to gain certification. Instead, a company must demonstrate that it “strives diligently to minimize cross-contamination from animal substances as far as reasonably practicable and possible.”

Many consumers agree that trace cross-contamination does not necessarily render a product unsuitable for labelling as vegan or vegetarian, so long as the risk is made clear. But the same cannot be said for mislabelled products. Given the ethical framework underpinning many consumers’ decision to avoid or reduce their consumption of animal products, a product mislabelled as vegan or vegetarian can significantly impact consumer trust, as well as potentially endanger consumers with allergies. The plant-based industry is still young, but already three common culprits for contamination have been identified.

In 2018, traces of animal DNA were allegedly found in a number of ostensibly vegan meat substitute products on UK supermarket shelves. Traces of pork were found in meat-free ‘meatballs’, whilst turkey DNA was found a vegan ready-meal. The findings, which were not replicated, proved perplexing to all involved, given that neither food products were produced in a factory handling meat.

Needless to say, the presence of animal flesh in products marketed explicitly for their vegan or vegetarian credentials caused significant concern for consumers and regulatory bodies alike. But no less serious are the presence of other animal products that can prove even trickier to eliminate entirely, not least of all, dairy and eggs. 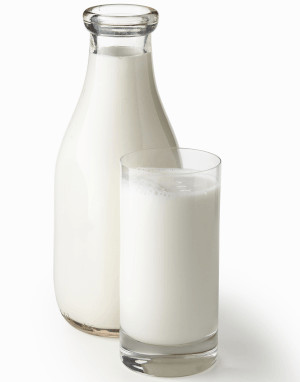 Dairy products are extremely diverse as a result of the robust composition of milk and the types of microorganisms it can feed, thereby transforming it into yoghurt, cheese, kefir, and other products. An enormous number of ingredients used in the production of processed foods and ready meals are derived from milk, including casein, calcium caseinate, milk powder, and of course lactose.

Given their ubiquity, it’s perhaps unsurprising that dairy products are routinely found in foods otherwise labelled as being suitable for vegans, including meal replacement powdered shakes, non-dairy butter alternative spreads, soups, and meat-free ready meals. Such instances not only stand to upset consumers seeking to avoid dairy, but also endanger those with an allergy or intolerance to milk or milk constituents. 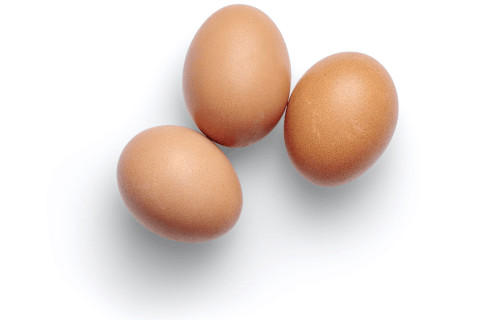 Eggs, like dairy, are a key ingredient in many processed foods. As a cooking ingredient, egg yolks are important as an emulsifier and thickener, whilst the albumen (egg white), which contains protein but little fat, may be aerated and used in desserts such as meringues or mousses.

Eggs have been found in some vegan products, leading to recalls. In 2019, a supermarket vegan potato salad was recalled after eggs not mentioned on the label was detected. An accompanying vegan coleslaw was also found to contain traces of egg.

Planting the seeds of change

When seeking to detect animal species DNA in a product, a Polymerase Chain Reaction (PCR) is the most common method. PCR is very sensitive and can detect trace amounts of DNA, but the method is limited its ability to detect only specific DNA sequences. The nature of a vegan or vegetarian label – which indicates the avoidance of a wide variety of different ingredients – renders this approach relatively ineffective.

Next generation sequencing has undeniably revolutionised food authenticity testing, allowing for the detection and differentiation of thousands of different species in each sample. But as vegan products continue to make their way to supermarket shelves, laboratories will need to demonstrate their proficiency in producing high-quality, reliable results, time after time.

That’s why AXIO is proud to be introducing our latest proficiency testing scheme for vegan food. The first of its kind anywhere in the world, our vegan food scheme tests qualitative analysis of a liquid food matrix, with detailed reporting delivered via our intuitive in-house software suite, PORTAL. Participation in a PT scheme is a vital part of any laboratory’s quality assurance programme, giving your laboratory the credentials it needs to gain traction in this dynamic, emerging sector.

Sign up now and be a part of this historic global first in food authenticity.