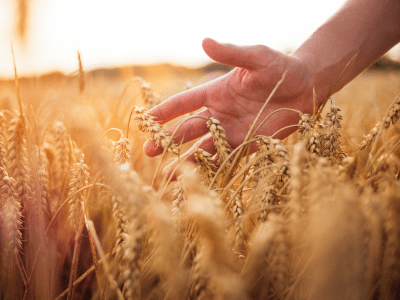 Viewed through the long lens of history, the transformative effects of the modern global food complex cannot be overstated. From 1990 to 2017 – a slither of time, historically speaking – the number of undernourished people fell from by around 20 percent (1), whilst the number of deaths from malnutrition was more than cut in half. (2) Whilst the problem of hunger is by no means close to being solved – indeed, global hunger has subtly risen in the last few years – it’s no exaggeration to say that, in recent centuries, human beings have been lifted out of poverty at an unprecedented rate.

Of course, escaping firepan does not extinguish the fire, and the global food industry continues to face a host of issues which impede development and threaten lives. At the root of many such issues is the sheer complexity at work in the natural world – food legislators and regulators are in some sense battling a hydra, solving one problem only for another to take its place. Perhaps the most transparent demonstration of this struggle was the Chinese Four Pests Campaign, in which the eradication of over one billion seed-stealing sparrows in the late 1950s and early 1960s – ostensibly a move to boost rice production – led to an explosion in locust numbers. The resultant swarms contributed to a famine which killed between 20 and 30 million people. (3)

Whilst notable for its scale and impact, the biological and ecological principles underlined so terribly by the Four Pests disaster are no different than those that must be dealt with today. The emergence of antibiotic-resistant bacteria as a result of the excessive use of antibiotics in animal agriculture, for example, highlights again the potential for well-intended solutions to produce unexpected consequences, especially when living organisms subject to evolutionary processes are involved. (4)

From farmers to freeholders, food industry officials need to understand the biological risks that face their industry. Outlined below are three such categories of contaminants which continue to hold positions of prime concern in the food safety industry. Whilst by no means exhaustive, these preventable pathogens regularly rear their heads around the world, damaging human lives from an economic, social, and medical standpoint.

Endotoxins, also known as lipopolysaccharides (LPS), are large molecules found in the outer membrane of many species of Gram-negative bacteria, so named to distinguish them from ‘exotoxins’ actively released by bacteria into the environment. LPS are essential to the stability and function of the outer membrane, helping protect the bacteria from penetration by antimicrobial agents.

The lipid component of LPS – known as lipid A – is ultimately the root cause of LPS toxicity, inducing an immune system response in a host body which can lead to shock or death. The use of LPS in many food supplements and probiotic drugs, then, may seem paradoxical, but its function as an immune stimulant has been well documented. Typically, the oral uptake of products containing LPS means that these products do not reach the bloodstream undigested, though this conclusion has been questioned in recent years. (5)

LPS are responsible for the clinical manifestations of infections by a number of pathogenic bacteria, including Neisseria meningitides, which causes meningococcal meningitis, and Salmonella, which is responsible for over a million foodborne illnesses every year in the United States alone. (6) Whilst commonly associated with eggs, Salmonella can be found in a broad variety of foods, including red and white meats, fruits, vegetables, and even processed foods like nut butters or frozen meals.

The term ‘mycotoxins’ describes a heterogeneous set of toxic compounds produced by certain moulds capable of growing on numerous foodstuffs, including cereals, dried fruits, nuts, and spices. These moulds present a particular challenge due to their tenacity, as they can develop before or after harvest or during storage, and are even capable of surviving food processing. Even consuming the food produced by animals that have themselves ingested contaminated feed – foods such as milk – can lead to mycotoxin exposure; a recent 2020 study was even able to identify trace amounts of numerous mycotoxins, including AME, beauvericin, and enniatin B, in human breast milk. (7)

Hundreds of mycotoxins have been identified, though only a handful have been associated with a range of conditions, known as mycotoxicoses. (8) Some mycotoxins can rapidly induce acute symptoms of severe illness including nausea, gastrointestinal disturbances, and vomiting, whilst others have been linked to long-term health effects such as the development of cancers and immune deficiency. Factors such as alcohol abuse, caloric intake, and vitamin deficiency can compound the effects of mycotoxicoses. (9)

The history of mycotoxins is intertwined with that of human agriculture, as the domestication and storage of crops from one season to the next provided a vast new ecological niche for pathogenic fungi. Ergotism, a condition produced by long-term exposure to the Claviceps purpurea fungus, caused the deaths of many thousands of Europeans over the course of the last thousand years, whilst acute cardiac beriberi, known in Japan since the 17th century, has been linked to the consumption of mouldy rice containing Penicillum citreonigrum. The period from 1960 to 1975 has been termed the ‘mycotoxin gold rush’, due to the flurry of scientists who joined the well-funded search for mycotoxins in the wake of their identification as potentially deadly compounds. (10)

The severity of mycotoxin poisoning is such that stringent measures must be taken to prevent contamination. The implementation of a Hazard Analysis Critical control Point (HACCP) management system across the food chain, as well as the use of detoxification processes, both serve to better ensure the elimination of any mycotoxins present in foodstuffs, but even with these initiatives in place, rigorous and continuous monitoring of food products is necessary to prevent significant problems. (11 )

A subset of mycotoxins, aflatoxins are produced only by certain moulds (Aspergillus flavus and Aspergillus parasiticus) which grow in soil, decaying vegetation, hay, and grains. Large doses of aflatoxins can lead to acute poisoning (aflatoxicosis), and can be life-threatening. Chronic low-level exposure to aflatoxins, particularly aflatoxin B1 , has been associated with increased risk of developing liver cancer, impaired immune function, and malnutrition. (12) Aflatoxins are also mutagenic and genotoxic, meaning they can affect and damage DNA, resulting in birth defects in children.

The extent to which aflatoxins wreak havoc within the food industry extends beyond their health effects. According to the WHO, aflatoxin contamination causes an estimated 25% of the world’s food crops to be destroyed annually, severely affecting the economies of developing nations and increasing the risk of famine and malnutrition. (13)

Unfortunately, detecting aflatoxins once they have been absorbed by the body is difficult due to the variations in clinical signs and symptoms. It is possible to measure a breakdown product in urine, but this is only present for 24 hours after exposure – a more reliable method involves measuring the levels of an AFB-albumin compound in the blood serum, which can provide information on exposure over weeks or months.

Of course, far more preferable is the detection of aflatoxins in food and feed, prior to their ingestion. A plethora of methods are available, ranging from high-performance liquid chromatography-mass spectrometry (HPLC-MS) through to novel systems based on emerging technologies, including dip-stick kits, hyperspectral imaging, and aptamer-based biosensors. Due to the uneven distribution of moulds throughout batches of stored grain, appropriate sampling is critical to successful detection – this can be a significant hindrance for subsistence farmers in rural areas, however, who do not produce enough grain to spare the quantities necessary for accurate testing.

To find out more about LGC’s suite of biological contaminants products, get in touch or visit our online store today.