Tenacious and toxic? Exploring the world of chlorinated paraffins 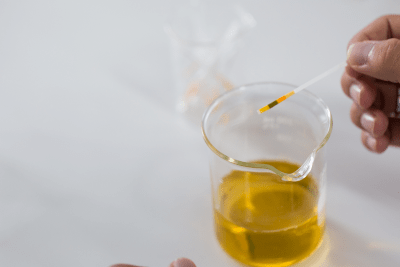 Chlorinated paraffins, also known as chloroparaffins, are a range of polychlorinated alkanes employed in a wide variety of industrial and commercial processes, including the manufacturing of metals, plastics, and liquid products like paint or sealant. These compounds are typically subpided according to their carbon chain length, with distinctions drawn between short (SCCPs; C10-C13), medium (MCCPs; C14-C17), and long-chain variants (LCCPs; >C17).

Varying carbon chain lengths and levels of chlorination lead to different compounds possessing different properties, which ultimately affect their specific end use. SCCPs, in particular, are commonly used in metallurgical processes, whilst MCCPs are often used as flame retardants and softeners in PVC products. Many commercially available mixtures, though, contain a variety of chloroparaffins with different chain lengths.

Though our understanding of the impact of chlorinated paraffins on human and animal health is in its infancy, there exists an emerging scientific consensus as to their potential danger. SCCPs, in particular, have been the subject of much scrutiny, with evidence suggesting they can cause skin and eye irritation and increase the incidence of liver, thyroid, and kidney tumours. In addition, exposure to SCCP has been shown to affect the development of wild birds, and may have an impact on other animals’ reproductive systems. MCCPs and LCCPs may also have an impact on reproductive processes as well as the liver, kidney, and lymphatic system, though this remains unclear.

All of this is particularly concerning in light of the bioaccumulative properties of chloroparaffins, which have been detected in an enormous variety of foods and other organic substances. These include, but are not limited to, poultry, eggs, cow’s milk, and even human breast milk; freshwater aquatic species and avian and terrestrial wildlife have also been found to have been contaminated. One identified pathway for the transmission of these man-made compounds into the environment is the presence of chloroparaffins in some plastic packaging used to store animal feed; air and water-based pollution has also been documented.

Alongside organic products, chloroparaffins have been detected in potentially dangerous quantities in manufactured goods of all sorts – in November 2019, a pair of fishing gloves manufactured by Behr Angelsport were recalled due to presence of SCCPs in the wristband, at a concentration of 0.25%. The same month, an Avengers-themed children’s wallet was found to contain 0.24% SCCPs. Both products were categorised as posing a “serious risk”, and were recalled by the European Commission’s Rapid Alert System for Non-Food Products (RAPEX).

Worldwide chloroparaffin production increased dramatically around the turn of the millennium, with China’s output of the chemicals alone growing 30-fold between 1990 and 2007. However, in light of emerging evidence regarding their toxicity, the regulatory landscape surrounding chloroparaffins in general, and SCCPs in particular, has been shaken up in recent years.

In 2014, the US EPA issued a Significant New Use Rule (SNUR) under the Toxic Substances Control Act for an SCCP. The order requires manufacturers and importers of this particular SCCP to notify the EPA at least 90 days before starting or resuming new operations with the chemical, providing the EPA with the opportunity to evaluate the intended uses and, if necessary, to prohibit or limit the activity. The EPA cited its understanding that “any new uses of SCCPs could cause these chemicals to be released into the environment and increase potential exposure” as a major factor behind the SNUR.

The USA is not alone; both Health Canada and Environment Canada have deemed all chlorinated paraffins "toxic" under the Canadian Environmental Protection Act of 1999. Meanwhile, in Europe, SCCPs are classified as ‘priority hazardous’ within the European Water Framework Directive, whilst the German MAK-Komission has classified many chloroparaffins as “substances with justified suspicion of carcinogenic potential.” 2018, in particular, marked a significant year for legislation, as SCCPs were globally banned under the Stockholm Convention on Persistent Organic Pollutants (POPs).

Despite all these regulations, our understanding of the detrimental effects of chloroparaffins is, as discussed, still limited. According to a December 2019 EFSA report, “[more] research is needed to identify which specific chloroparaffin congeners are more relevant in terms of occurrence in food and of relevance for human health.”

Science for a Safer World

To meet the growing demand for excellence when it comes to chlorinated paraffin detection and regulation, we here at Dr. Ehrenstorfer are expanding our portfolio to include a large number of chlorinated paraffin products. As well as providing for laboratories working to current guidelines, our products will also assist regulatory bodies in generating important new data and research, helping determine the need for additional restrictions on the manufacturing, sale, distribution, and use of chlorinated paraffins.

Take a look at our products and help us use science to make this world safer.