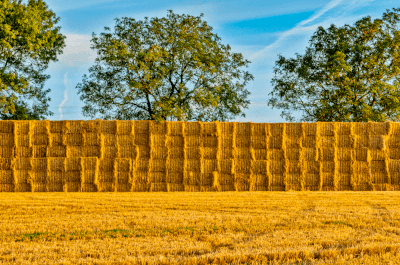 We’re all familiar with the phrase, ‘Like finding a needle in a haystack.’ But hunting for pesticide residues can be like searching for dozens, or even hundreds, of very, very small needles distributed within several very, very large haystacks.

It’s simply a matter of numbers. To take but a single example, within the European Union the maximum residue level (MRL) of prochloraz, a widely-used imidazole fungicide, is 0.03 mg/kg for citrus fruits, tree nuts, stone fruits, and a few dozen more foodstuffs. But for teas, coffees, and cocoa drinks, it is 0.15 mg/kg. The very same pesticide is permissible at levels of up to 3 mg/kg for sheep and goat liver, but only 1 mg/kg for bovine and equine liver, and a mere 0.04 mg/kg for poultry liver.

This is just the tip of the iceberg (or, indeed, the haystack.) The EU Commission Regulation concerning prochloraz lists some 381 separate foodstuffs, each of which carries its own MRL (though many share a figure.) Within the EU, whose regulatory system has been called “the strictest in the world”, some 500 approved active substances are available in pesticides. Each of these substances will have its own MRL, authorised on a case-by-case basis, and each of these MRLs will in turn be applicable only to a specific use.

“Hunting for pesticide residues can be like searching for hundreds of very small needles within several very large haystacks.”

The need for accuracy within pesticide residue analysis is paramount, but accuracy can be something of a challenge when dealing with such a large number of analytes, each of which requires instrumental calibration. Few people understand this issue more than the chemists responsible for monitoring pesticide residues. Dr. Dan Biggerstaff is one such chemist - as Technical Director of LGC’s Charleston facility, the centre of excellence for custom organic solutions for Dr. Ehrenstorfer, he and his team were only too familiar with the challenges of pesticide residue analysis. 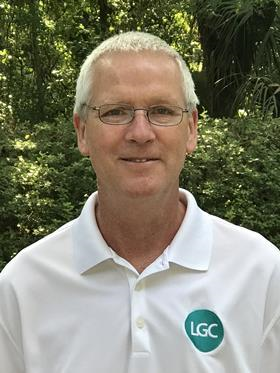 “When we first started getting into pesticide mixes for the food safety industry, they were fairly small mixes, maybe up to 30 or 40 analytes,” says Biggerstaff. “They were targeted analytes. Let’s say a lab needed to test tomatoes – there were certain pesticides that were allowed to be used on tomatoes, so that’s what the lab tested for, to make sure those pesticides were there in acceptable levels.”

Dan and his team began to notice a problem: unregulated pesticides were being used on all kinds of foodstuffs, and not necessarily being picked up on. “It could’ve been in some cases intentional,” he says, “and in other cases unintentional via cross-contamination, perhaps from spraying one field with an appropriate pesticide that then blew into another crop in an adjacent field.” Either way, the implication for chemists was the same – more pesticides, especially of the ‘unknown unknown’ variety, means more testing.

Thankfully, with the advent of better analytical instrumentation, the ability to detect a larger and larger selection of pesticides became more readily accessible for laboratories. Regulators quickly caught onto these developments, updating legislation so as to gain a better understanding of pesticide-use. “The idea was that [labs] could just run every pesticide,” explains Biggerstaff. “If it’s regulated, it needs to be within appropriate tolerance limits, and if it’s an unregulated pesticide then we’re going to find it. That’s the direction that the regulatory industry moved in.”

The trouble was, laboratories can only handle so much testing. If a lab needs to analyse multiple analytes, time is required to set up calibration curves and spiking tests using individual neats, time that could be spent performing analytical work. Add to this the issue of lab space and the paperwork required to track multiple neats, and the odds of human error occurring begin to rise. “It created a huge challenge for chemists,” says Biggerstaff.

Biggerstaff and his team sought to tackle the issue head-on. Working with federal agencies, they spent the best part of a year developing internal quality control standards for multi-analyte solutions numbering not in the dozens, but hundreds. 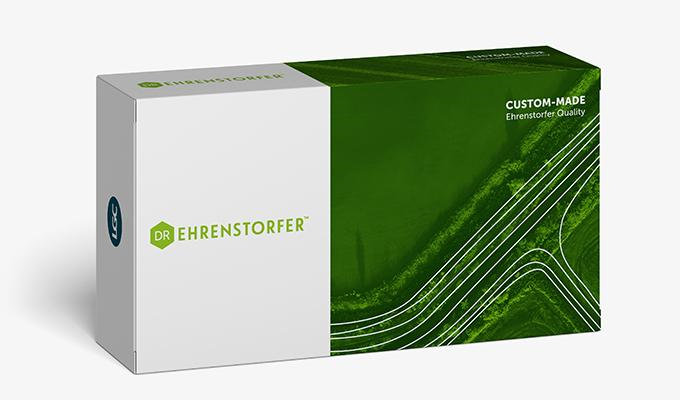 The result? LGC’s Dr. Ehrenstorfer Smart Solutions PestiMix. With its roots stretching back to Dan and his team’s own quest for an efficient QC solution, the PestiMix kit, accredited to ISO 17034, offers a quick and easy solution to enable prompt calibration and spiking of a large number of pesticide analytes.

The first product of its kind, PestiMix V700 launched last year to widespread acclaim. Featuring the largest mix of pesticide analytes to be found anywhere on the market, the PestiMix V700 kit 2 combines 739 analytes for liquid chromatography (LC) in just five ampoules. These solutions can be combined in just three minutes to create a single solution of 739 analytes at 1ppm, your working standard for the day. Calibration, meanwhile, takes just 30 minutes, optimising a laboratory’s efficiency and analytical performance. 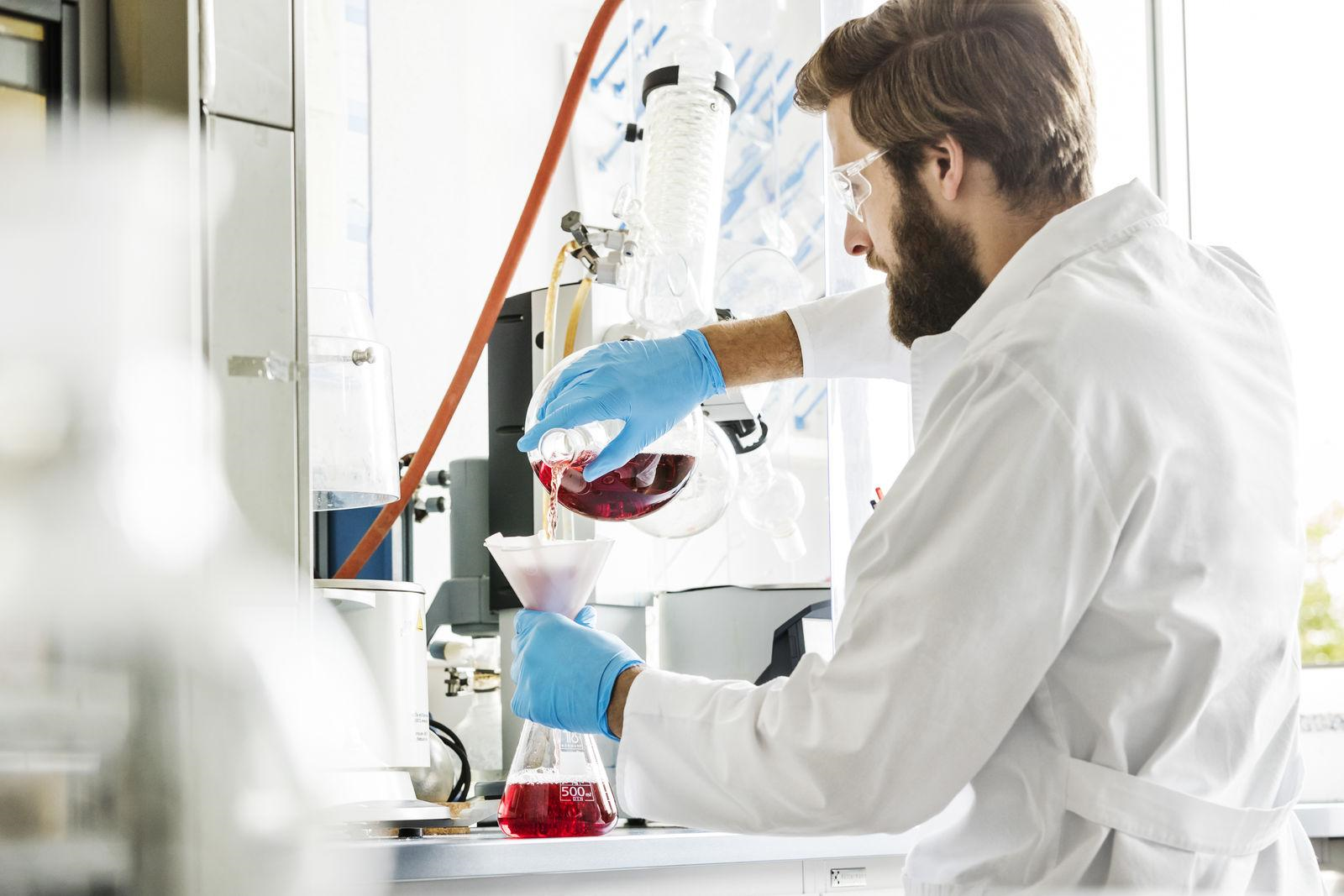 “The V700 kit significantly reduces the potential for error, and the amount of paperwork necessary when making the standards,” says Biggerstaff. “For laboratories performing regulatory work, where every single dilution that’s made has to be documented in lab notes, everything has to be traceable, this is a significant saving.” 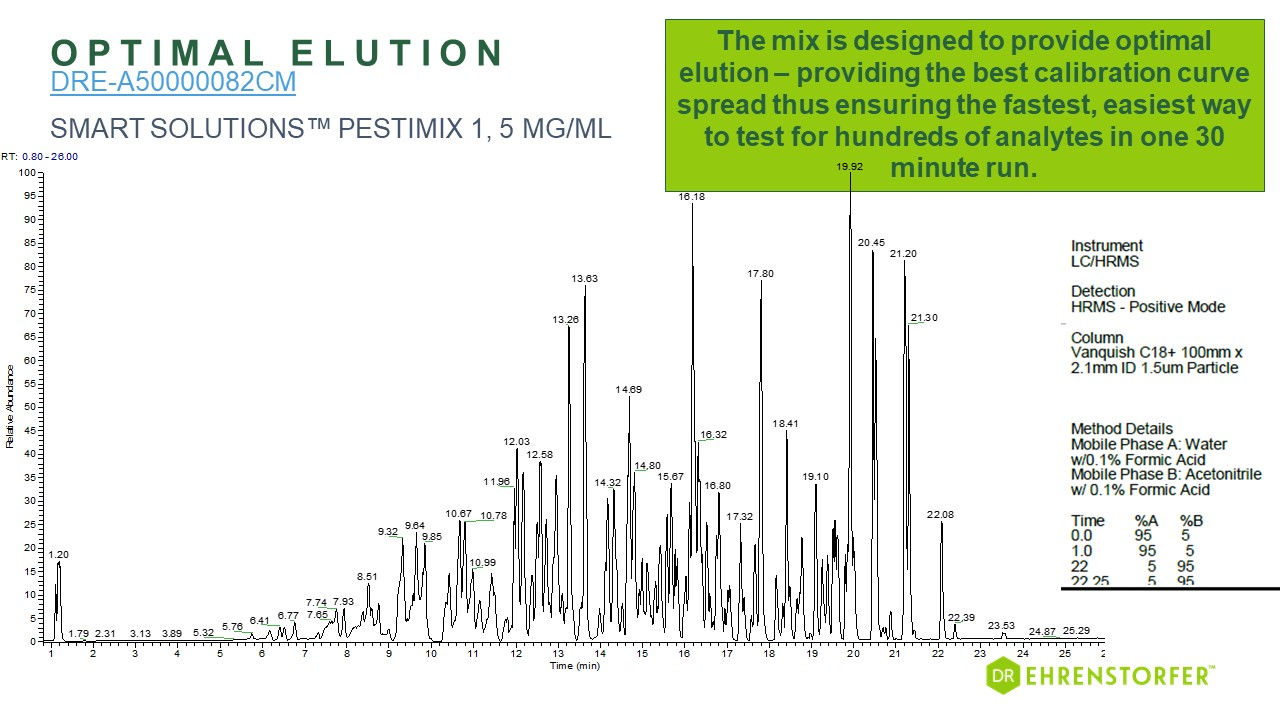 Details of the five ampoules are outlined in the chart below, whilst a full list of included analytes can be found on the product page.

Given the limitations of LC when it comes to analytes that are insufficiently soluble, not to mention the time and resolution constraints at play when using LC, LGC is proud to announce the launch of the PestiMix V400 kit for gas chromatography (GC), the first such product of its kind.

Seven years in the making, the PestiMix V400 kit combines 431 analytes, allowing for the calibration of GC instruments to analytes that can be vaporised without decomposition, or are insufficiently soluble for LC methods. Delivered in five simple ampoules offering a broad spectrum of analytes, many of which are not featured in the V700 kit due to the limitations of LC technology, the V400 kit represents no less than a quantum leap in large-scale pesticide residue analysis.

“A laboratory using both the V400 and V700 kits will be able to calibrate their instruments to over 1100 analytes within an hour,” says Biggerstaff. “That makes that laboratory incredibly powerful for food safety testing. This technology allows that to be possible.”