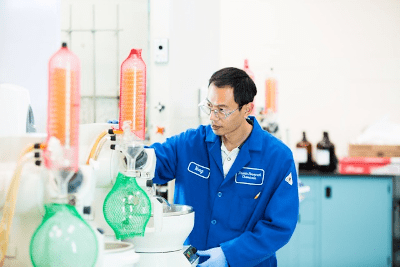 For more than a century, the chemical formulation of the peptide bond has posed a unique and challenging problem for organic chemists, due to the need not only for the activation of the carboxyl group of an amino acid, but also the protection of the Nα-amino group. The field was developed over the course of more than a century via continuous improvements in protecting group chemistry, tied to dramatic advances in the chemical synthesis of peptides that were themselves enhanced by the development of solid-phase peptide synthesis by R. B. Merrifield in the 1960s.

Whilst solid-phase peptide synthesis has undergone significant improvements in the intervening decades, the development of the the fluorenylmethoxycarbonyl protecting group (Fmoc) and its integration into current organic synthesis methods represents a major breakthrough in chemical synthesis. 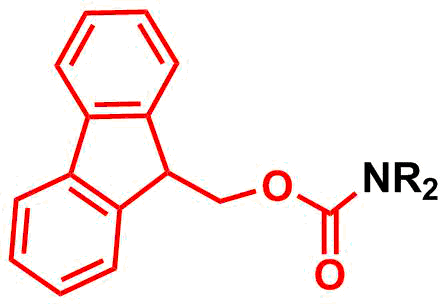 Fmoc chemistry was first developed by Eric Atherton and Bob Sheppard at the Laboratory of Molecular Biology in Cambridge in the late 1970s. In Fmoc solid-phase peptide synthesis, the peptide chain is assemble step by step, one amino acid at a time, whilst attached to an insoluble resin support. This allows the reaction by-products to be removed at each step via a simple wash. In this peptide synthesis strategy, the Fmoc group is used as a temporary protecting group for the N-terminus, and is cleaved by secondary amines such as piperidine. 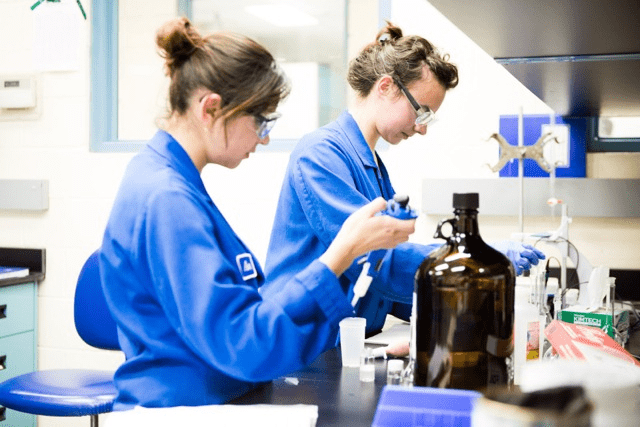 After the peptide has been assembled, it is removed from the resin by treatment with trifluoroacetic acid (TFA) whilst protecting groups on amino acid side chains are simultaneously removed, yielding the crude linear peptide. A one-step purification process via reverse-phase HPLC is usually sufficient to obtain the desired peptide in >95% purity. 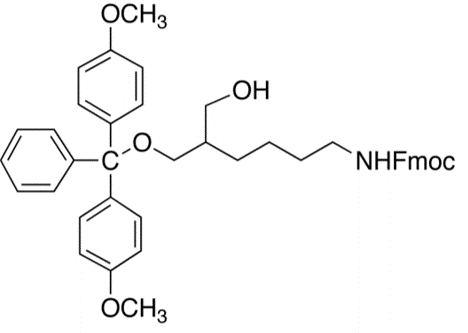 A building block used in peptide synthesis, primarily for the design of novel enzymes and vaccines.

The Fmoc group allows for rapid and efficient synthesis of peptides, including those of significant size and complexity, thus making the group an extremely valuable resource for research in the post-genomic world. Fmoc synthesis is highly versatile, offering many more synthetic options than alternative routes, such as the tert-butyloxycarbonyl (Boc) group.

LGC is proud to stock a wide range of more than 1100 Fmoc products via our TRC label, supporting researchers around the world working in this vital and evolving area.

Our TRC custom chemical synthesis service is also on hand to help, whatever your analytical eneds. Whether you require the synthesis of complex or commercially unavailable compounds, or the optimisation of synthetic routes in order to scale up your production, we can help you out. Take a look at our offering online, and get in touch today to request a quotation.