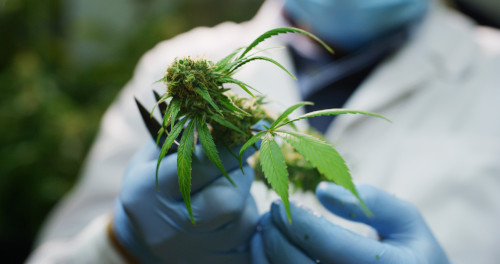 Prior to legalisation, ignorance was bliss in the cannabis market; the Paraquat scare of the mid-1970s, which revealed the Mexican government was spraying cannabis with highly toxic herbicide, was a rare stand-out scandal. Growers were quickly harvesting and selling plants to customers on the west coast before the foliage could turn brown, even though heavily laced Paraquat reefer could cause permanent lung damage (you can read the full New York Times report here). But other than rare instances of heightened awareness such like the Paraquat scare, the general understanding users had of their weed was that it was good, wholesome and straight from Mother Earth. We now know the truth.

The most recent cannabis crisis to hit home involves the recent deaths linked to illegal cannabis vape cartridges. Other than the issue of using the oil vitamin E acetate as a carrier (don’t inhale oil), vape cartridges purchased from 11 illegal marijuana dispensaries and delivery services across Los Angeles failed safety testing, revealing varying amounts of pesticides so deadly that some have been banned, according to a SoCal Connected investigation. 36 products tested positive for pesticides including Fipronil, Carbofuran, Chlorfenapyr, Dichlorvos and Paclobutrazol.

Additionally, more than 3000 times the legal concentration of fungicide Myclobutanil allowed by the California Bureau of Cannabis Control (BCC) was found in free pre-rolled joints distributed to customers at a now-closed dispensary in Los Angeles. When heated, Myclobutanil produces several gases, including carbon monoxide, hydrogen chloride, and hydrogen cyanide – all of which can be fatal in high enough concentrations. Symptoms of poisoning can include headache, dizziness, weakness, nausea and vomiting. In lethal concentrations, hydrogen cyanide can cause gasping, irregular heartbeat, seizure, fainting, and death. Myclobutanil was also found in some confiscated vape cartridges, at concentrations at 7300 times the state’s legal limit (see here for more information).

In addition to the obvious health risks for human users, some illegal cannabis growers are poisoning our wildlife.According to National Geographic, a study performed by Gabriel and Wengert discovered that Pacific fishers (a threatened species of mammal in the state of California) were being poisoned in droves by unscrupulous illegal growers. While studying causes of mortality, disease, and decline in the population, the authors realised that the fishers were often dying from different types of poison. They eventually tracked the source to pesticides on illegal marijuana sites in remote forests, which are often in the fishers’ home range.

By 2012, Gabriel and Wengert had put numbers to the problem. In a study published in PLOS ONE, they found that 46 of 58 fisher carcasses they tested had been exposed to an anticoagulent rodenticide, or rat poison. Eventually, they realised that other species were being exposed as well, including bears, grey foxes, bobcats, mountain lions, and the northern spotted owl, another threatened species in California. Some were exposed by accident, while others seemed to have been baited and intentionally poisoned; they found pesticide-laced hot dogs on hooks in the forest. In one telling discovery, they came upon a vulture that had died while feeding on a poisoned grey fox. The carcasses were surrounded by flies – also dead.

With the legalisation of medical and recreational cannabis use continuing throughout the United States, stringent impurity testing of cannabis and related products has never been so critical. With illegal operations continuing to thrive despite legalisation efforts (hampered in part by the fractured nature of the legalisation movement), it is imperative that buyers are aware of the real risks associated with illegal cannabis, and that legal entities have the resources they need to follow appropriate testing procedures.

For a consistent source of high-quality, U.S. state-specific cannabis pesticide & impurities standards you can rely on, please visit our webshop.