A Brief Guide to Mycotoxins 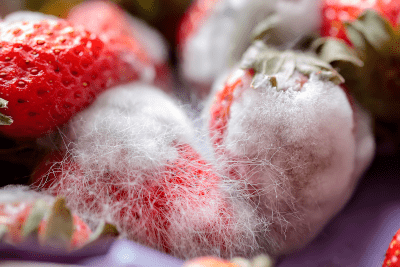 Mycotoxins belong to the category of fungi-based toxic secondary metabolites. They are produced by filamentous fungi belonging to the phylum Ascomycota, or moulds, and are the cause of many acute and chronic diseases. The Greek word “mykes” meaning “fungi” and the Latin word “toxicum” meaning “poison” are the origin of the word mycotoxin. Α variety of fungi such as Aspergillus, Fusarium, Penicillium, Alternaria, and Claviceps spp. colonise their host and produce mycotoxins.

Of the approximate 400 compounds identified as mycotoxins, 30 receive special attention and are considered a threat to human and animal health. The most important mycotoxins are:

- trichothecenes (TCs) (with type A represented by HT-2 toxin (HT2) and T-2 toxin (T2), and type B represented mainly by deoxynivalenol (DON)) 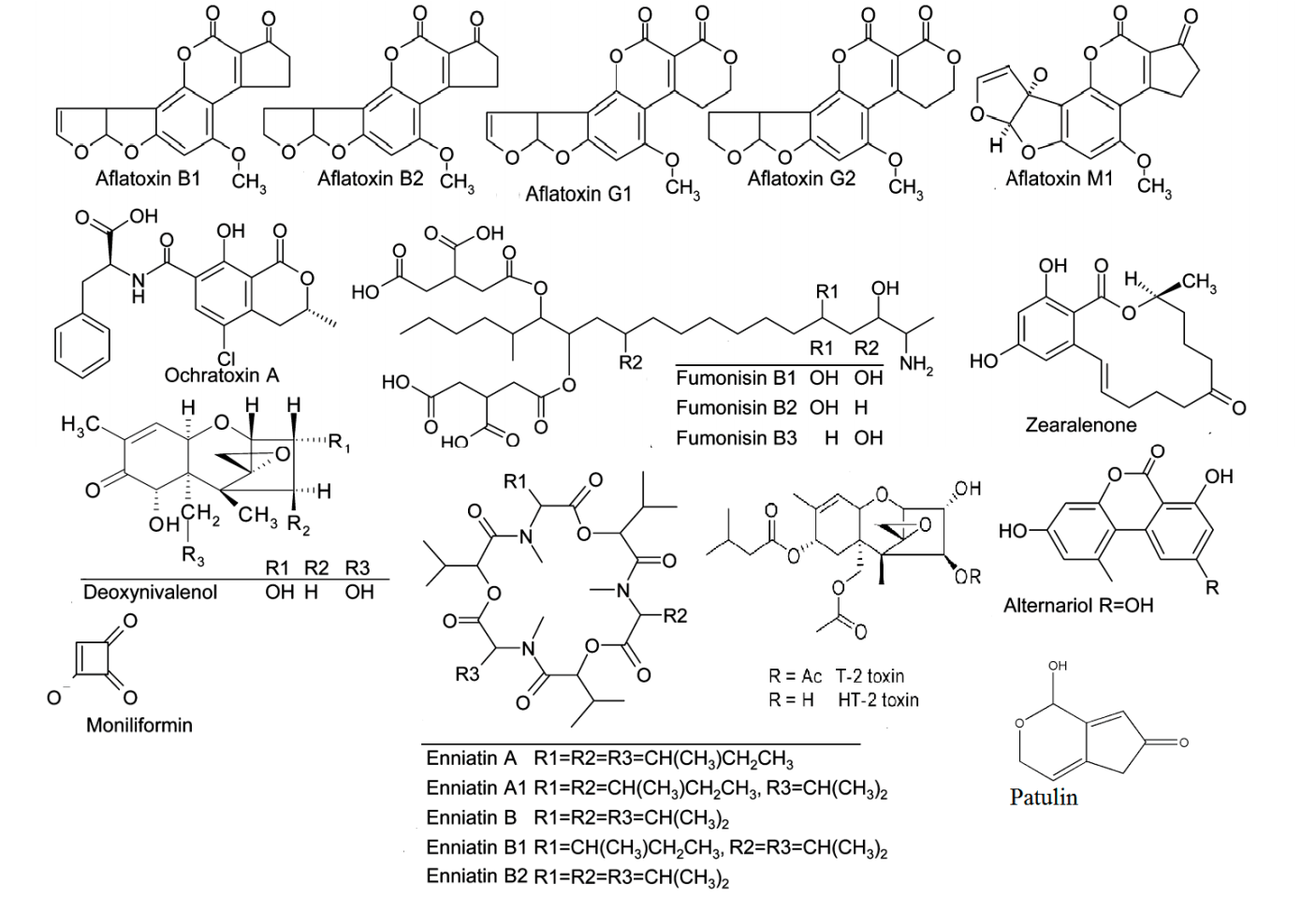 Mycotoxins exist in agricultural commodities such as peanuts, grapes and wines, grains, nuts, dried fruit, coffee, cocoa, spices, oil seeds, fruits, fruit juices, beer, cannabis and hemp, and other foodstuffs and feed crops, both in the field and during transportation. At any stage of the food production process fungal production of mycotoxins can occur and can expose consumers to the risk of contamination directly through food consumption or indirectly through animal feed. Under prolonged storage conditions, and at extreme temperatures along with extreme humidity, all crops can be subjected to mould growth and mycotoxin contamination. The risk of producing mycotoxins increases with favourable conditions for fungal growth, such as inadequate drying, handling, packaging, storage, and transport conditions.

Fungi and mycotoxins entered human food supplies when humans first began to cultivate crops and to store them from one season to the next. This innovation provided a vast new ecological niche for fungi pathogenic on grain crops or saprophytic on harvested grain. Grains have always been the major source of mycotoxins in the diet of people and their domestic animals. Ergotism from Claviceps purpurea in rye has been known for probably more than 2,000 years and caused the deaths of many thousands of people in Europe in the last millennium. Known in Japan since the 17th century, acute cardiac beriberi associated with the consumption of mouldy rice was found to be due to citreoviridin produced by Penicillium citreonigrum.

Many mycotoxins, such as the aflatoxins G1, G2, B1, B2, or ochratoxin A, have been highlighted as immunosuppressive, carcinogenic, neurologically toxic, and hepatotoxic. Aspergillus mould can cause lung infections such as aspergillosis. Considering the great risk to consumer health, accurate testing methods are of great importance.

Mycotoxins are among the most prominent and dangerous toxins associated with food safety. They attract worldwide attention because they are important contaminants with a multitude of effects on both human and animal health. Food can be safe and of high quality if Hazard Analysis and Critical Control Points (HACCP) is implemented across the food chain from farm to fork and at all stages of food handling. Prevention is an important strategy in the fight against mycotoxins and should be applied in the pre-harvest stages, in raw materials and processed foods. Detoxification methods can also be applied without affecting the smell/taste characteristics of the foods. Finally, continuous monitoring of mycotoxins in food products can prevent significant problems in the marketing, distribution, and consumption of foods.

For a consistent source of high quality reference materials to support your analytical testing of mycotoxins, please visit our webshop.