API of the month: Paroxetine 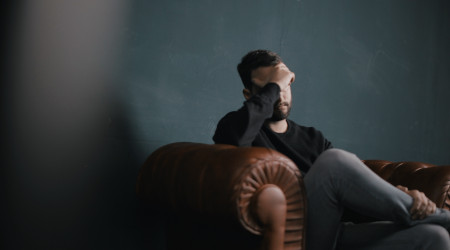 Paroxetine is a selective serotonin reuptake inhibitor (SSRI), the most common group of antidepressants on the market today.

The full mechanism of SSRI activity is not yet mapped, but their primary function is to inhibit the reuptake of serotonin, by binding to the serotonin transporter protein SERT, thus preventing serotonin reabsorption for metabolising or storage. Instead, serotonin concentration increases at and causes the desensitisation of the somatodendritic area of the neuron, eventually resulting in the release of more serotonin at the axon terminal. This downregulation process takes some time, which is why although SSRIs immediately inhibit the action of SERT, effects can take some weeks to show1.

Before the discovery of SSRIs, antidepressant treatment was limited to monoamine oxidase inhibitors (MAOIs) and tricyclic antidepressants (TCAs)2, both of which drug groups had serious side effects due to their nonselective inhibition, including hypertensive crisis and an extensive list of interactions for MAOIs, and irregular cardiac activity plus risk of overdose on TCAs, as a result of their swift action and high morbidity.

Download our overview of paroxetine synthesis routes and resulting process and degradation impurities.

Paroxetine was first marketed in 1992 by UK pharmaceutical manufacturer SmithKline Beecham (later to become GlaxoSmithKline) as Seroxat in the UK and Paxil in the US, with generics following in 2003, and by 2007 was the fifth most prescribed antidepressant in the US, at over 18 million annual prescriptions3 .

It is used to counter depression, obsessive-compulsive disorder, post-traumatic stress disorder, anxiety, and was the first drug approved to treat panic disorder in the US4. As well as inhibiting serotonin reuptake, paroxetine medications have mild to moderate noradrenergic effects5 that can help counteract lethargy associated with depressive disorders.

As expected for such a popular API, paroxetine’s production history has not been without bumps, with prior recalls for physical issues and possible contamination, as well as a recent mix-up with antipsychotic pills. These incidents show how relevant it is to have effective and efficient quality control and quality assurance processes in place.

In a competitive market, it is vital to maintain customer faith in your pharmaceutical products and uphold your scientific reputation with a rigorous QC/QA programme to ensure the purity, efficacy, safety and integrity of your products. We offer a wide range of the highest quality impurity and API reference standards for the paroxetine family, to best support your analytical accuracy. Explore our range here and order easily on our online web shop, or contact your closest sales office for advice, information and assistance with your specific requirements.