Death by nightshade – not just a fairy tale 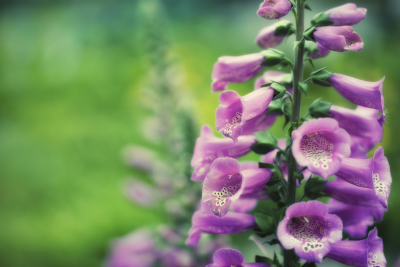 If you’re a fan of folklore and fantasy, you may have fond childhood memories of playing pirate games with friends and siblings. There’s nothing quite like the thrill of using a weathered map to hunt for buried treasure in your backyard – a task only made more challenging by the eye patch obstructing your vision and the parrot on your shoulder, chattering nonstop.

Many of us don’t outgrow the appeal of pirate stories – for adults (or ‘grown up kids’, for those who prefer to remain a child at heart), these stories can speak to our own hidden adventurous side. Pirates settle disputes with swords, cannons, and poisons; imagine having a dispute with a coworker and settling the debate with a dueling sword fight, or delivering an underperforming employee review by commanding them to walk the plank! These types of stories have been told – in one form or another – for decades, even centuries. In fact, some poison stories can be traced back millennia, to folklore and Greek mythology.

Digitalis purpurea can be traced back to Norse mythology, in which it was given multiple names such as ‘foxglove,’ ‘fox fingers,’ and ‘fairy bells.’ There are several legends attached to this particular plant, known for its striking color and bell-shaped flower: in some, the white spots inside each bell are said to be fairy marks which grant protection, whilst others insist that growing these flowers in your garden would protect your house and everyone in it. According to yet another legend, foxes would wear these flowers around their necks to keep dew off their paws, allowing them to roam the woods without being found by hunters.

The Latin name for Atropa belladonna, better known as ‘deadly nightshade’, is etymologically derived from the Greek goddess Atropos. Atropos and her two sisters were responsible for determining the fate of every living human on Earth, from birth, through life, and ultimately to death. Atropos in particular, who is depicted in Greek mythology with a pair of shears, was responsible for deciding how and when each human should die, by cutting their ‘thread of life.’

While their names are fun and their legends are interesting to read and to learn about, the toxicity of these flowers is quite serious. The leaves, flowers, and seeds of foxgloves contain digitoxin, a known toxin to animals and humans. Nightshade plants are known to contain atropine, hyoscyamine, and scopolamine in their fruits, leaves, and roots; like digitoxin, these compounds can be toxic if consumed in high enough doses.

A story like this highlights the importance in having effective food safety protocols in place – and those types of protocols should include accurate analytical methods and high quality reference materials.