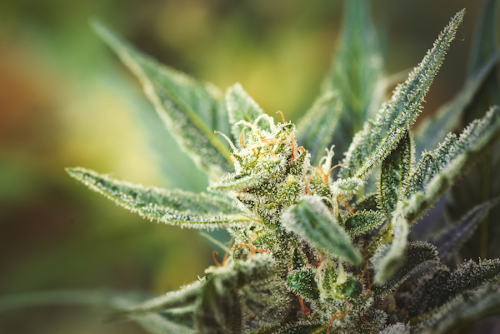 According to NBC News, California’s cannabis black market has eclipsed its legal market, with illegal sellers outnumbering regulated outlets almost three to one. The LA Times reported in November that an audit prepared by the United Cannabis Business Association found nearly 3,000 illegal cannabis businesses in California, which are estimated to have generated a combined $8.7 billion USD in illegal cannabis sales in 2019, compared to just $3.1 billion USD in legal sales for the same year.

Due to the bureaucratic challenges of licensing, including huge fees and limited availability, going legal in California isn’t easy or affordable. These hurdles have resulted in the state being filled with dispensaries that were previously legal for medical patients, but are now illegal. Entrepreneurs have risked everything to start a legal business, but the cheaper, unlicensed competition has brought them ruin. This setback to legalised cannabis in California has again opened the door for criminal enterprises that may not have the best interest of their customers in mind. Products are being sold without being tested, from an unknown source – you just don’t know what you’re getting!

In all fairness, we need to mention Colorado. The Federal Reserve Bank of Kansas City has released a report on the legal cannabis trade in Colorado, where it seems they don’t have the same issues as California. The cannabis boom hit Colorado in early 2014 with the opening of the first recreational storefronts, and it is now the longest-running legalised marijuana market in the United States. Their market sector has shown strong growth of firms, total sales, tax revenues and employees. The growth started to wane in 2017 and 2018, but since sales were up sharply this year it may be too soon to say the market has matured.

The industry showed substantial growth in recreational sales through mid-2017, with sales doubling twice between 2014 and 2016. Medical sales showed some growth through the period but remained mostly flat, while recreational sales grew from 100% YOY growth in 2015 to 20% in the latter part of 2017, reaching a low of 7% growth in fall 2018. As a result, cannabis tax collections in Colorado have continued to generate revenue for the state, with legal entities clearly managing to stay in business (despite continued black market activity). Colorado has a 2.9% tax on all cannabis, as well as a 15% special sales tax on recreational and a special 15% excise tax at the wholesale level.

There is an argument to be made that it’s not the presence of illegal activity that impacts the outcome – Colorado has a thriving illegal market, as evidenced by the substantial increase in police raids and drug seizures since legalisation – the issue is where illegal growers are selling. In California, illegal stores are setting up shop right next to legal sellers, seriously undercutting their margins by avoiding paying taxes & regulatory fees. In Colorado, however, the bulk of illegal cannabis businesses appear to be exporting to other states where cannabis is illegal (or more heavily regulated), where they can charge more. So even though illegal sellers in the state still exist, there is no incentive for them to undercut legal businesses, since the legal cost in Colorado is still lower than what they can charge in more regulated states.

The issue of legal v illegal markets comes into sharp focus when we look at the potential effects on consumers of their coexistence. Why do cannabis black markets matter – beyond the impact on regional economies, what is the impact of illegal products on health? We will be continuing our discussion on illegal cannabis in our next post by focusing in on this, looking at the physical dangers of unregulated products.

To ensure you have a consistent source of quality cannabis and cannabis-related standards you can rely on, visit our Dr. Ehrenstorfer webshop for more information.