Though 2020 was in many ways an unprecedented year, global agricultural infrastructure continued to churn away, and so too did the use of a great variety of pesticides designed to curb the economic and social impact of crop failure.

The legislative landscape surrounding the use of many such pesticides is constantly in flux – the Environmental Working Group’s annual Dirty Dozen™ list offers consumers a rough guide to the produce most likely to contain residual traces of pesticides, but this list is by no means exhaustive or immutable. The list also sparks the occasional controversy, and it should be noted that the presence of pesticide residues is by no means synonymous with harmful produce.

Here at LGC, we’re proud to support the scientific community around the world working to protect consumers and the environment from the potentially harmful effects of some pesticide residues and metabolites. Join us as we explore some of the solutions on offer to researchers working in this vital area, and get in touch or take a look at our extensive portfolio of pesticide reference materials for more information. 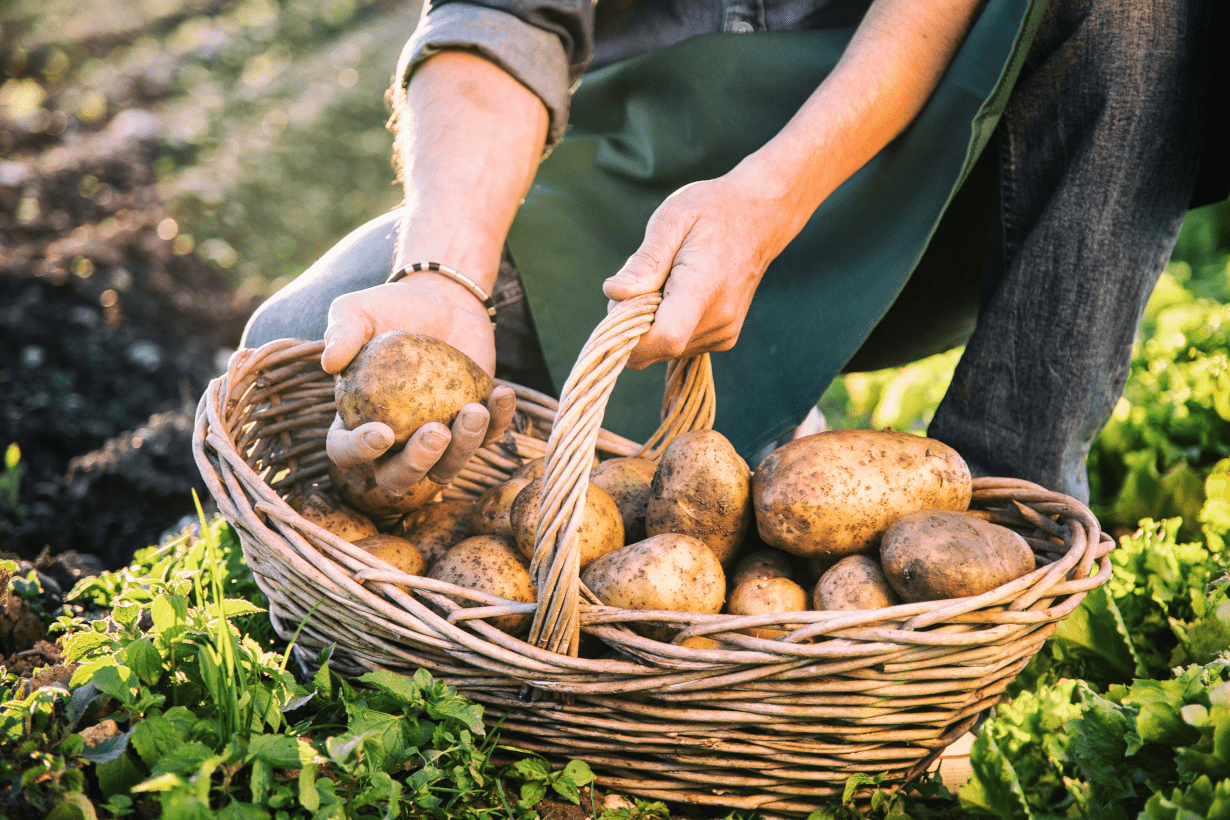 The staple of festive feasts the world over, potatoes have stayed relatively consistent in the rankings of U.S. produce most likely to contain pesticide residues, dropping only a single place in the last ten years. 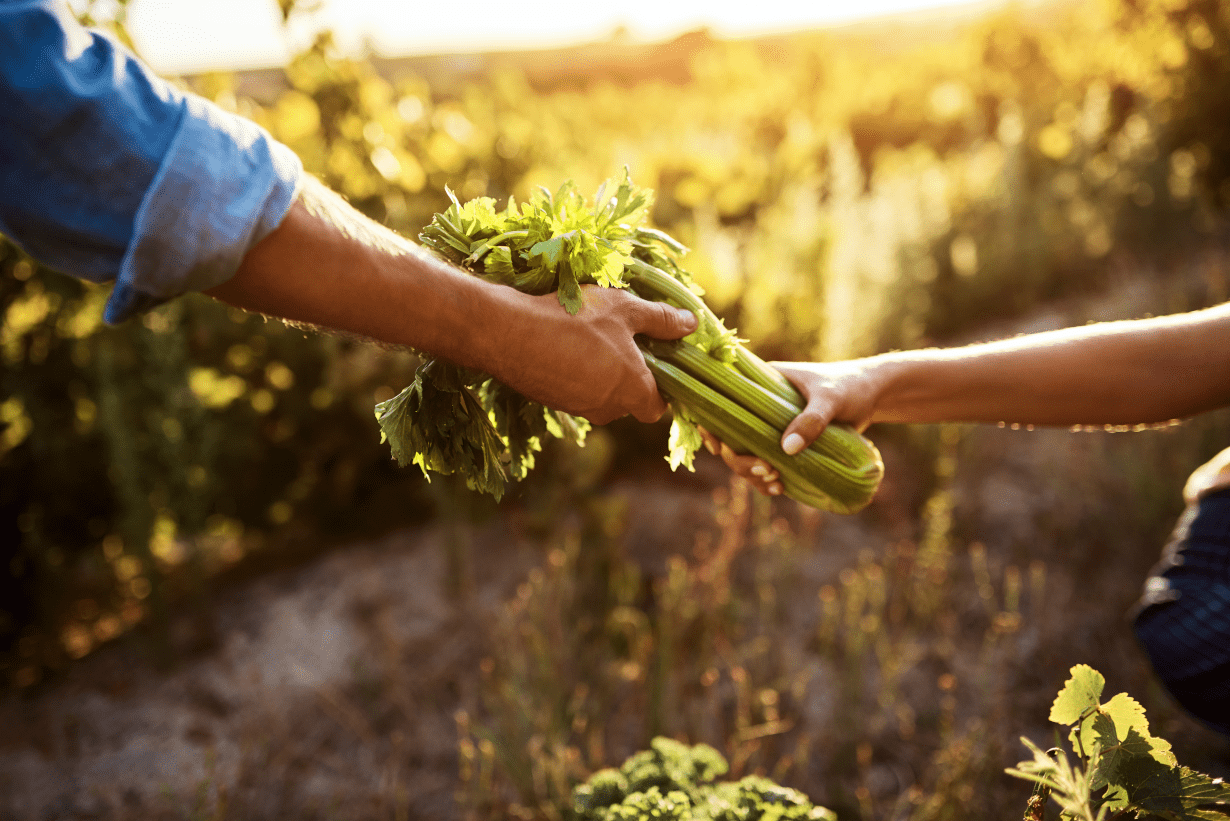 Celery is the eleventh most likely produce to contain traces of pesticides in the United States. In some respects, this position represents a significant improvement, as in 2011 celery was ranked number one.

Since then, the introduction of spinosyns, a new class of pesticides based on chemical compounds found in the bacterial species Saccharopolyspora spinose, has revolutionised the celery-growing sector. These remarkable compounds appear to have a high efficacy, a broad insect pest spectrum, a good environmental profile and, crucially, low mammalian toxicity.

Spinosad contains a mixture of two spinosoids – spinosyn A (left) and spinosyn D (right), in a raito of around 17:3. 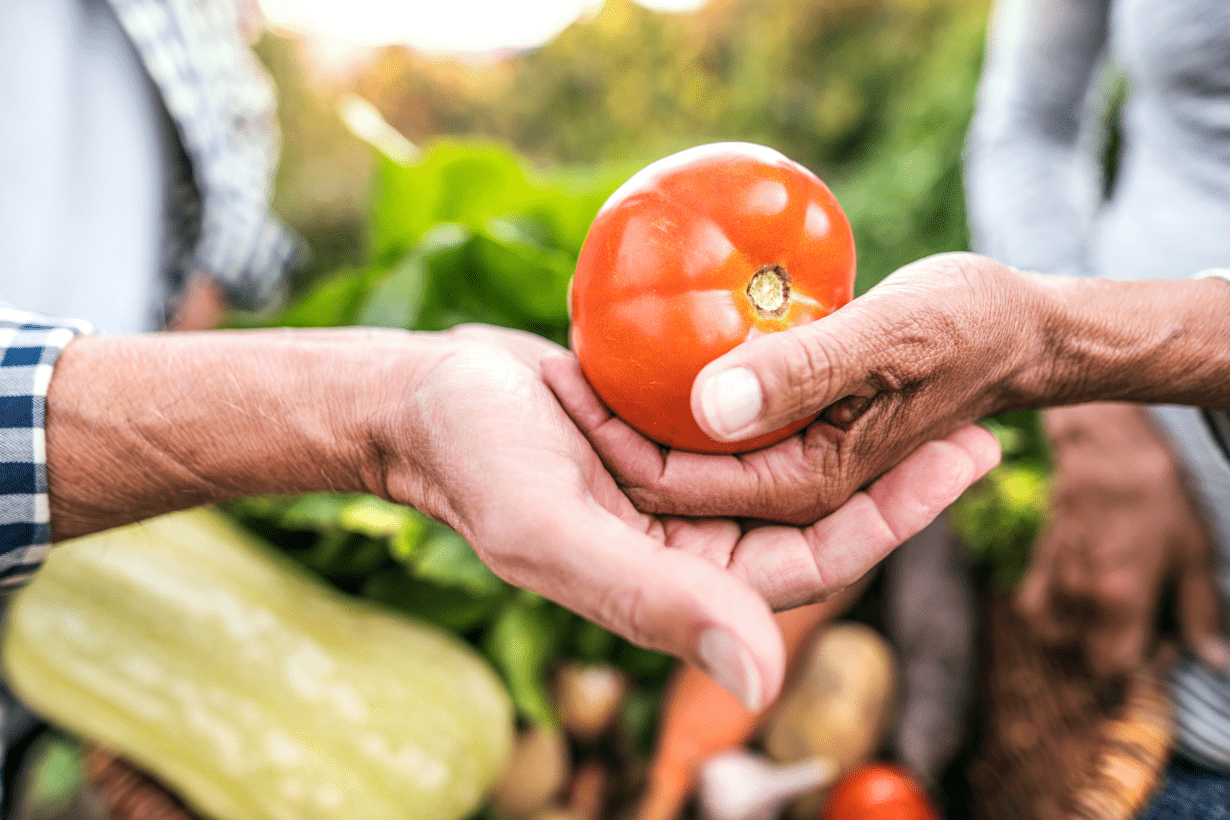 As the world’s most popular fruit, with more than 60 million tons produced each year, tomatoes are a staple ingredient of many global cuisines. As such, demand for tomatoes is extremely high, motivating growers to take advantage of any technology they can in order to improve crop yields. 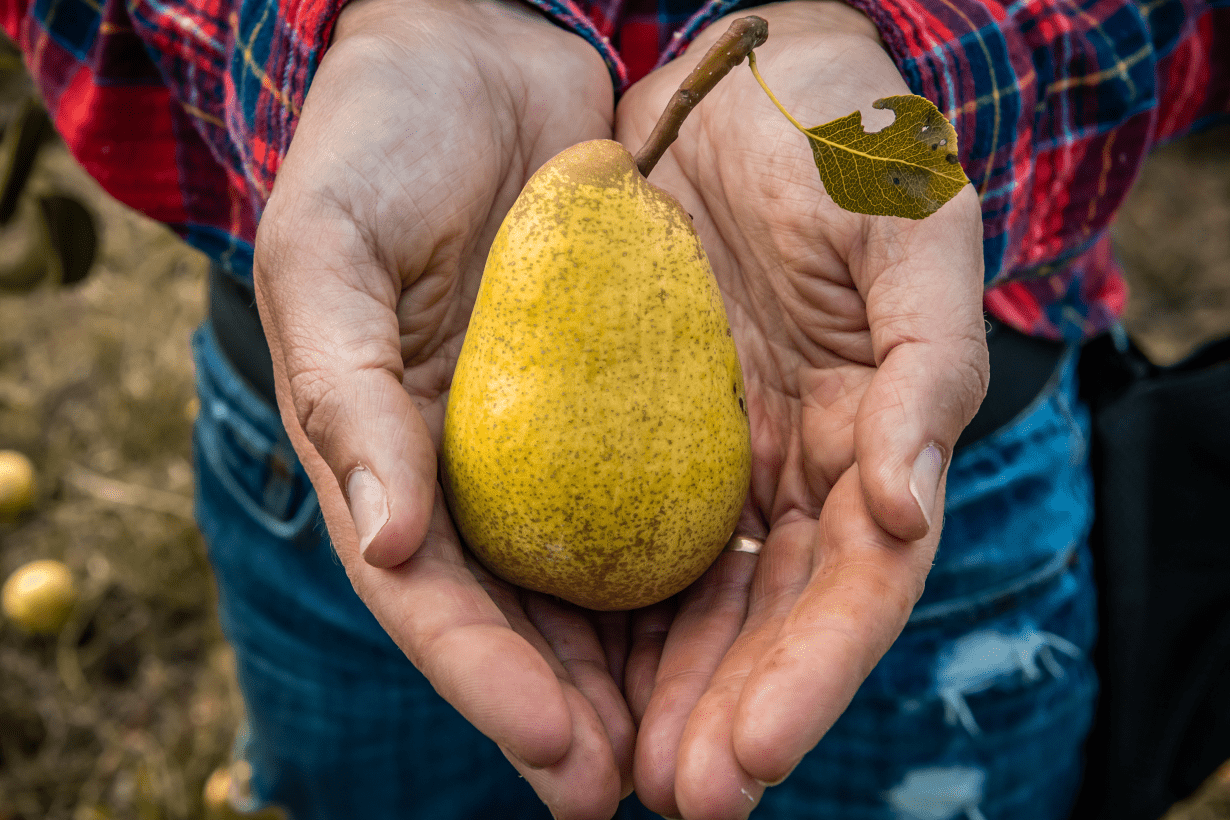 Unlike celery, pears have been on something of a downward spiral in the rankings of pesticide-laced produce, with the amount of residues more than doubling between 2010 and 2019 from 0.6 parts per million to around 1.4 parts per million.

Pesticides are used on cherry trees to prevent problems with insects, mites, shot hole disease, and powdery mildew. Most of the sprays used for cherry pest control have low mammalian toxicity and low residue potential in mature fruit, though some can be harmful to the wider environment. 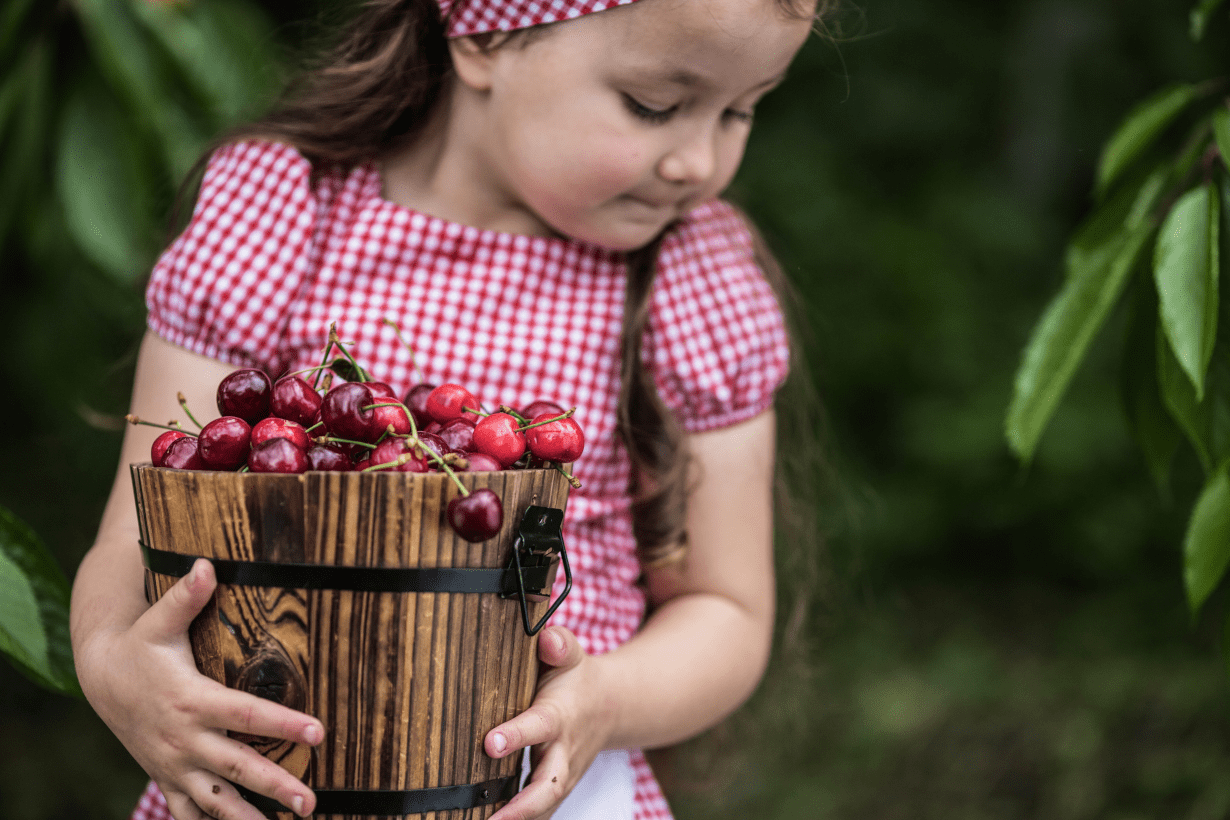 Peaches have historically been treated with a wider variety of pesticides than any other produce, with combinations numbering up to 62 separate pesticides. Generally, domestically grown peaches in the USA contain higher amounts of pesticides than imported varieties – according to one University of California study, of the 15 pesticides for which quantifiable residues were detected, domestic exposures were significantly higher for 11 pesticides. 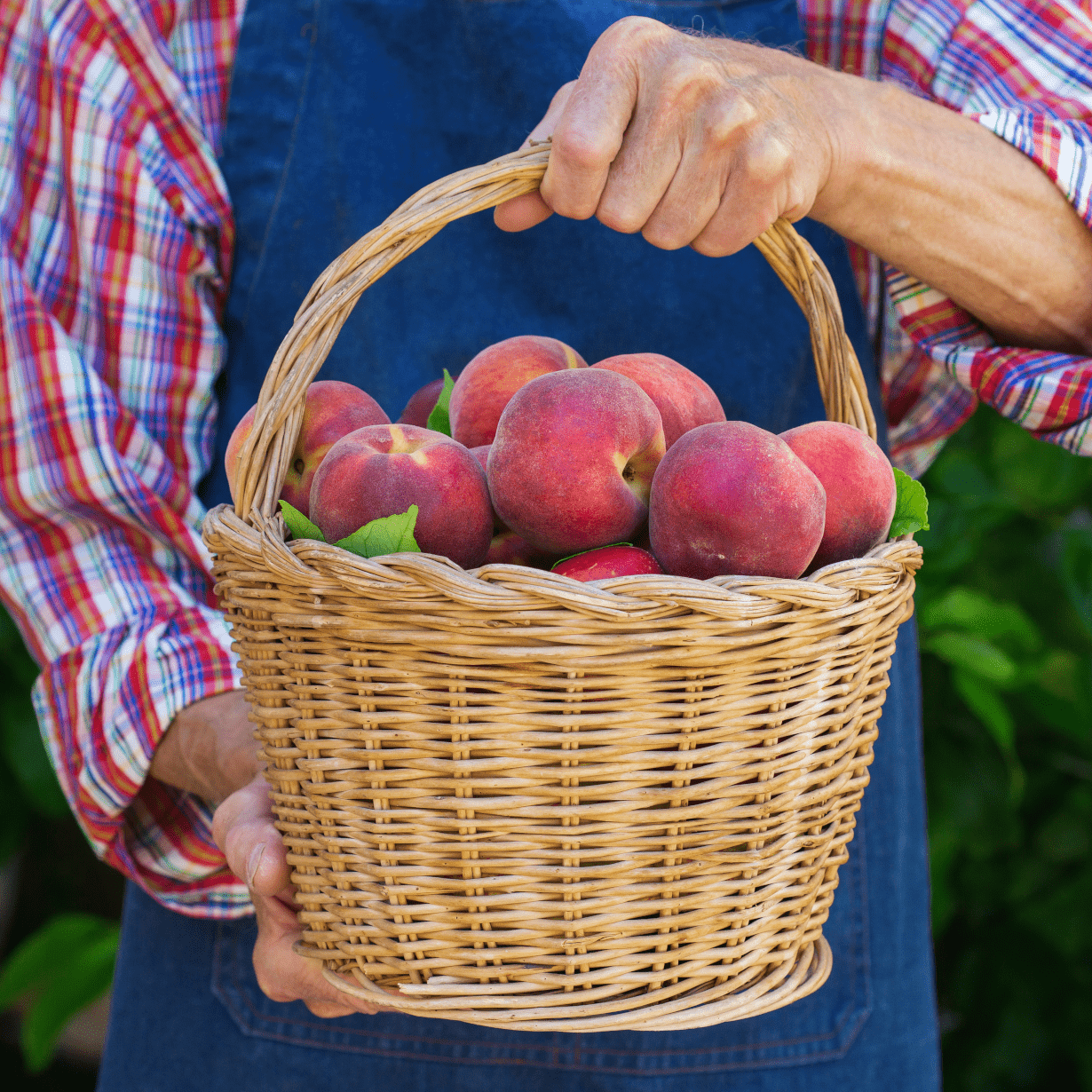 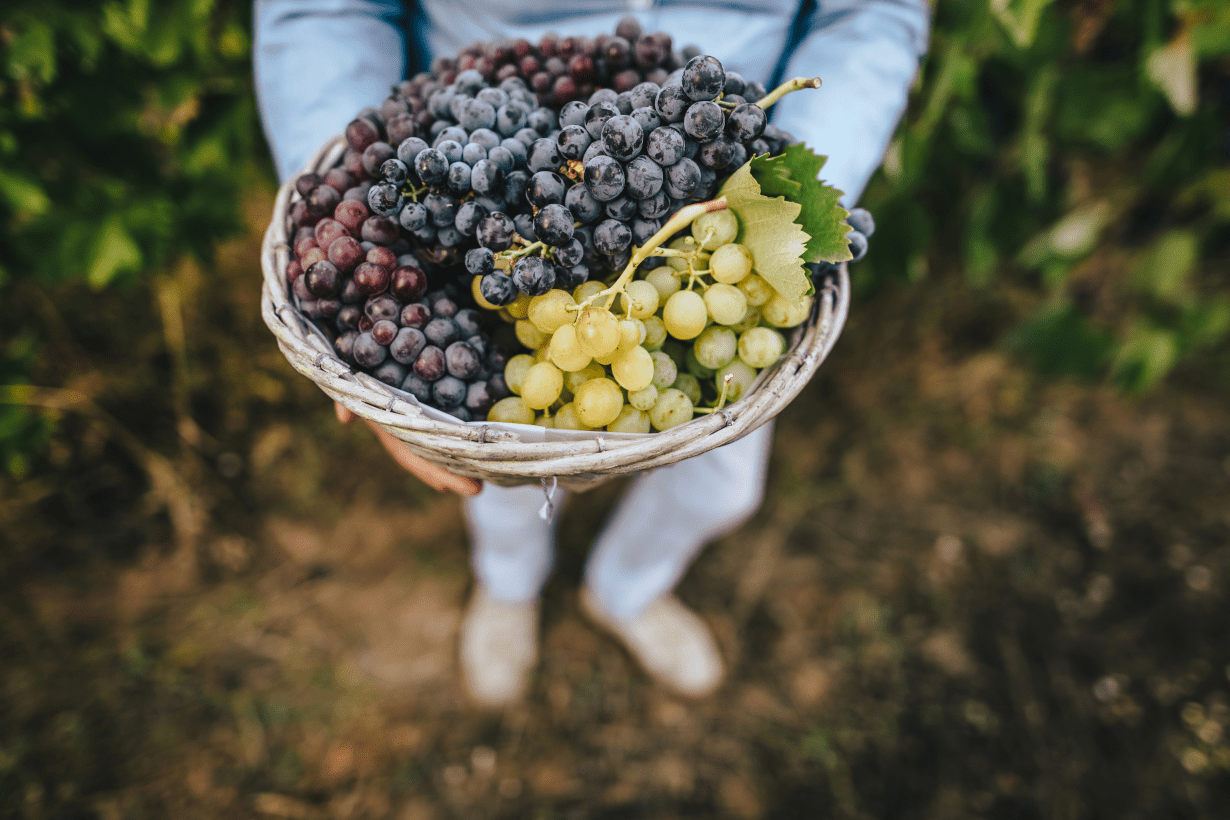 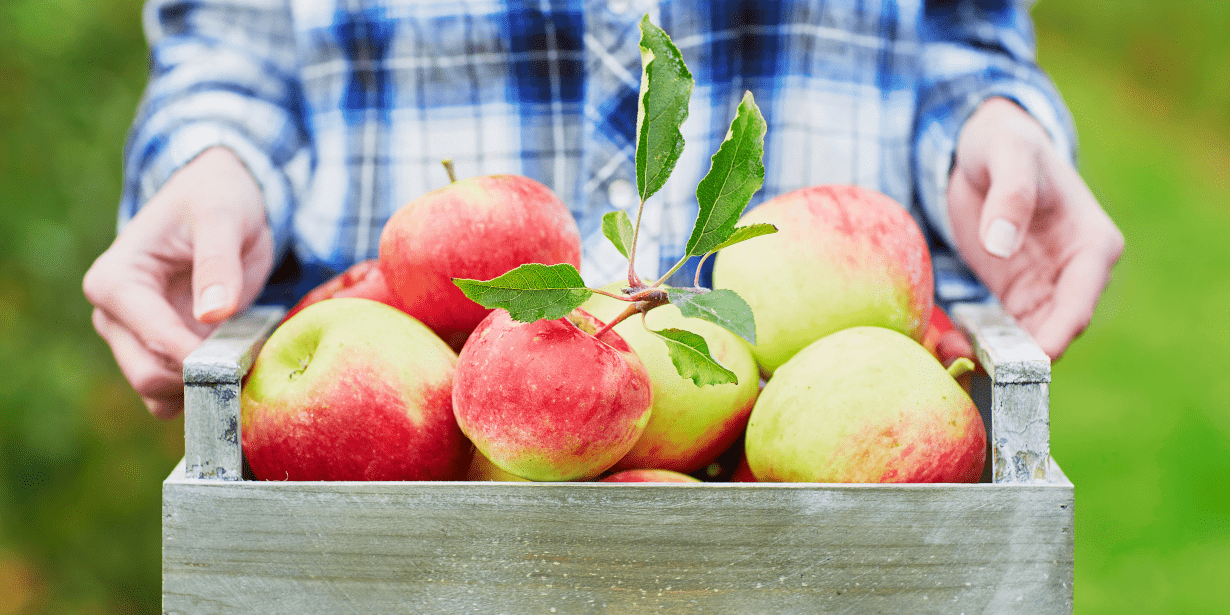 The inclusion of apples on the EWG’s Dirty Dozen™ list continues to spark controversy. In 2016, the U.S. apple industry reiterated their stance that “one hundred percent of the apples and applesauce sampled through the Pesticide Data Program (PDP) had either no residues or residues far below the EPA tolerances.” The USDA report upon which the EWG is based concurs, observing that, “when pesticide residues are found on foods, they are nearly always at levels below the tolerances set and monitored annually by the Environmental Protection Agency.”

“Any report telling people not to eat fresh produce is beyond silly and potentially very harmful advice,” said USApple President and CEO Jim Bair. “We can all agree that consuming more fruits and vegetables is one of the best things we can do for our health.”

Conventionally grown nectarines were found to contain residues of at least 15 pesticides, five of which are known or probable carcinogens. 17 were suspected hormone disruptors, whilst 10 were honeybee toxins. 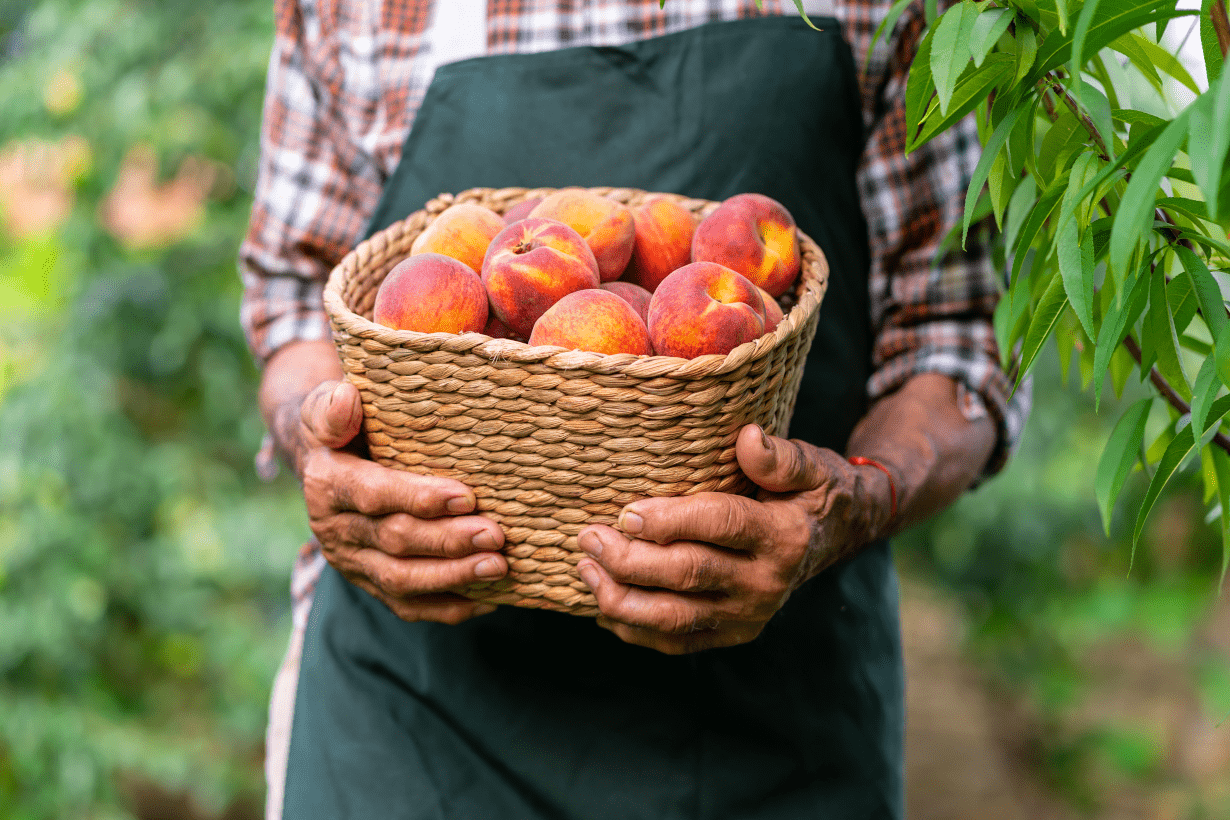 Very much the ‘vegetable of the noughties’, between 2008 and 2013, kale production in the U.S. rocketed by 400%. Though production has slowed down in recent years, the crop is still high on the list of produce likely to contain residual traces of pesticides. 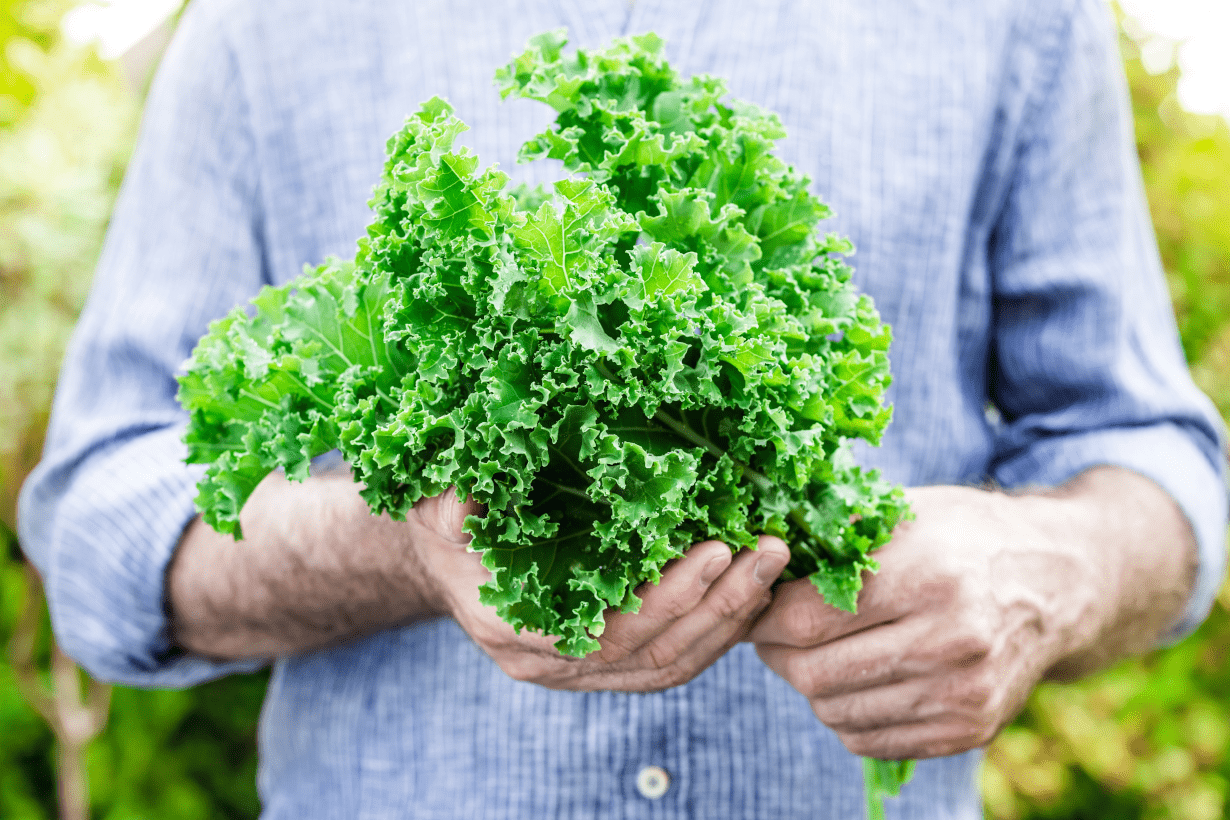 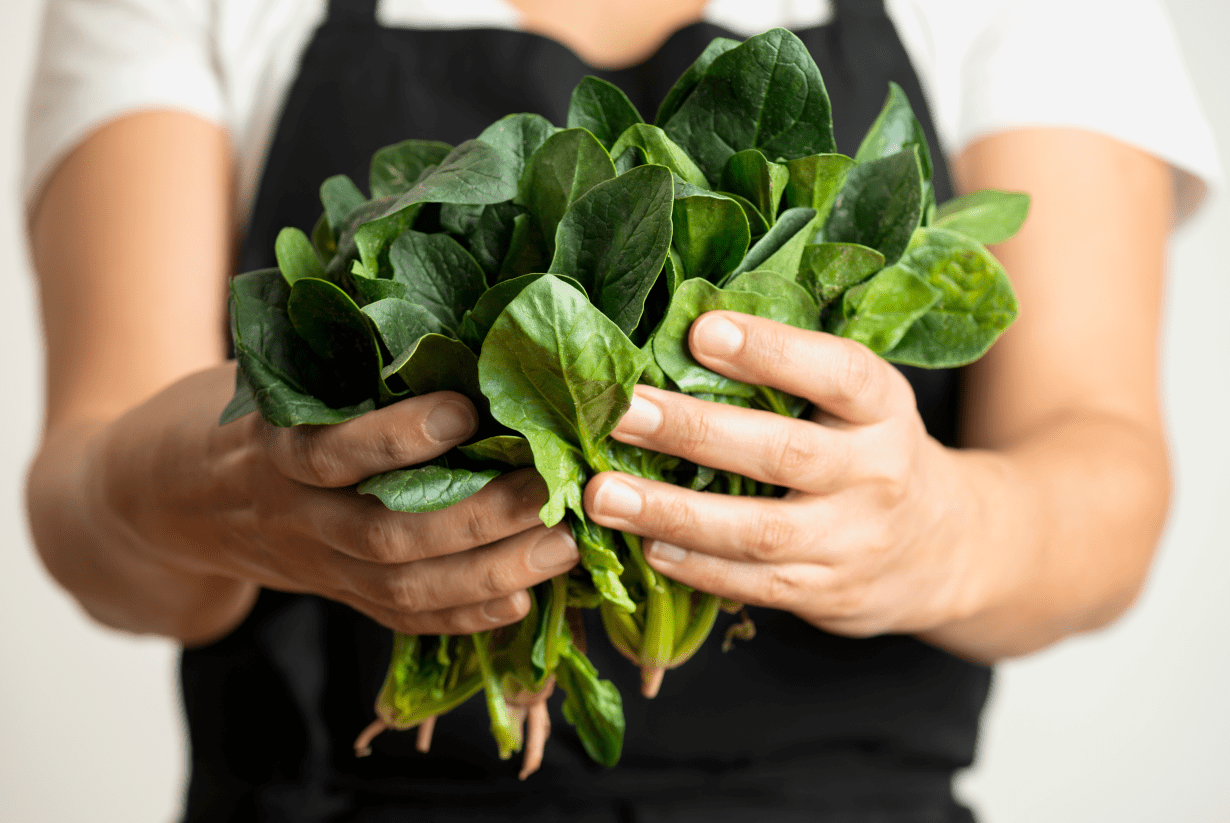 Between 2009 and 2019, spinach jumped a remarkable six places in the Dirty Dozen™ rankings, from eighth to second. Alarmingly, conventionally grown spinach contains more residual pesticides by weight than all other United States produce. 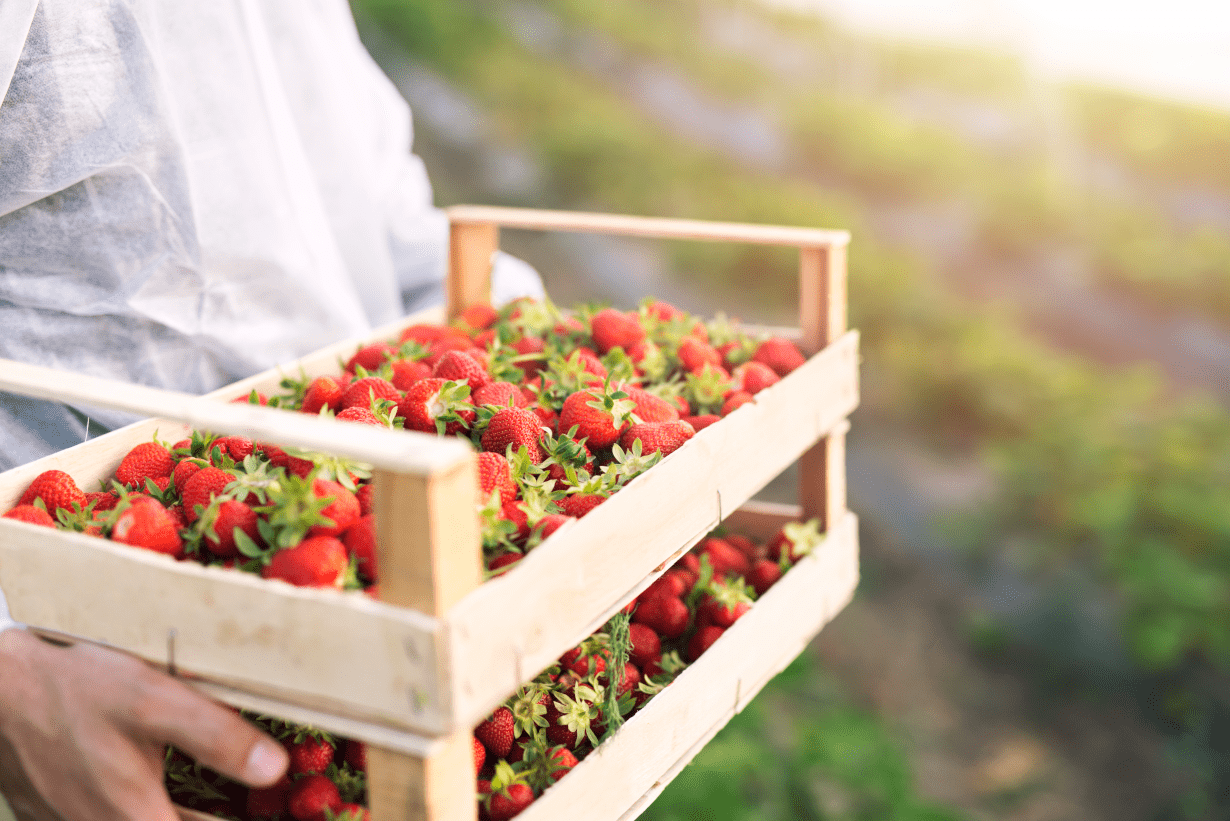 Topping out the list of United States produce most frequently found to contain traces of pesticides is the humble strawberry, with USDA tests finding that 99 percent of strawberries on American shelves had detectable traces of at least one pesticide. 30 percent had residues of ten or more.