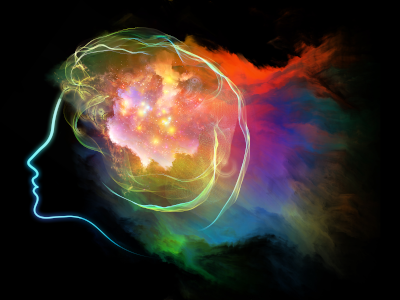 A psychoactive substance is any chemical substance which alters the functioning of the nervous system, thereby inducing changes in perception, mood, consciousness, cognition, or behaviour.

At LGC, we recognise the dangers posed to consumers by unregulated psychoactive substances around the world. That’s why our extensive TRC portfolio of research materials includes a large number of psychoactive substances designed to support your research, including stimulants, synthetic cannabinoids, benzodiazepines, opioids, hallucinogens, and dissociatives.

Need something we don’t stock? Our team of more than 180 chemists specialize in designing optimal synthetic routes for both new and known compounds. Drawing on 37 years of experience, our value added, 3-step custom synthesis service is the ultimate solution to your custom synthesis needs. Get in touch today to find out how we can help.

The state of play

In 2019, the European Monitoring Centre for Drugs and Drug Addiction (EMCDDA) reported 53 psychoactive substances for the first time in Europe, a substantial decrease from the close to 100 new psychoactive substances introduced to the European market in both 2014 and 2015. According to the EMCDDA, the decrease “may reflect the results of sustained efforts to control new substances in Europe, as well as legal changes in source countries, such as China, to restrict production, including generic drug controls that cover chemical classes.

In 2018, more than 5.6 tonnes of NPS were reported to the EU Early Warning System, mostly in the form of powders. This was in addition to 4,212 litres of liquids and 1.6 million tablets found to contain new psychoactive substances. Synthetic cannabinoids and cathinones (‘bath salts’), in particular, “dominated” the market – of the 64,800 seizures of NPS reported in EU member states in 2018, these two categories made up 64% (36% cathinones and 28% cannabinoids.) This figure rises to 77% when all European states are taken into account.

Synthetic opioids, meanwhile, still pose “a very high risk of poisoning” consumers. Since 2009, no less than 57 new synthetic opioids have been detected in Europe, eight of which were reported for the first time in 2019. According to the EMCDDA, only two of these opioids were fentanyl derivatives, a “small proportion” when compared with years 2014 through 2018 when fentanyl derivatives made up a large majority of detected synthetic opioids. Other opioids reported in 2019 include piperidylthiambutene, 2-fluor-viminol, and AP-237, all of which pose similar concerns to fentanyl with regards to their toxicity.

In the last several years, an observable increase in the number, type, and availability of benzodiazepine NPS has been recorded. Some are sold as fake versions of anti-anxiety medications such as alprazolam or diazepam. Others are sold online, illegitimately marketed as legal versions of authorised medicines. In 2018, close to 4,700 seizures of new benzodiazepines were reported to the EU Early Warning System, consisting of 1.4 million tablets, 1.3 litres of liquids, and approximately 8 kilograms of powders.

Scotland, in particular, is a hub of criminal activity when it comes to benzodiazepines. According to the EMCDDA:

“in Scotland, criminal groups are known to be involved in the large-scale illicit manufacture and distribution of fake benzodiazepine medicines. Typically made to look like 10-milligram diazepam tablets, and known as ‘street Valium’, these fakes often contain new or uncontrolled benzodiazepines.”

NPS represented 5% of all drugs submitted for testing to drug checking services in 11 EU countries during the first half 2019. While consumption levels of NPS are low overall in Europe, over two-thirds of countries polled by the EMCDDA in 2016 reported that the use of high-risk drugs resulted in “health concerns.” In particular, the use of synthetic cathinones has been linked to health and social problems, whilst the smoking of synthetic cannabinoids has disproportionately affected marginalised communities, such as the homeless or prison populations.

In a bid to combat these issues and others, the EMCDDA published 2017’s Health and social responses to drug problems: a European guide, which attempts to provide a framework for developing health and social responses for drug problems, including NPS. By providing key information on some of the most important drug issues for Europe and the responses available, the guide aims to assist those involved in tackling these challenges to develop new programmes and improve existing ones.