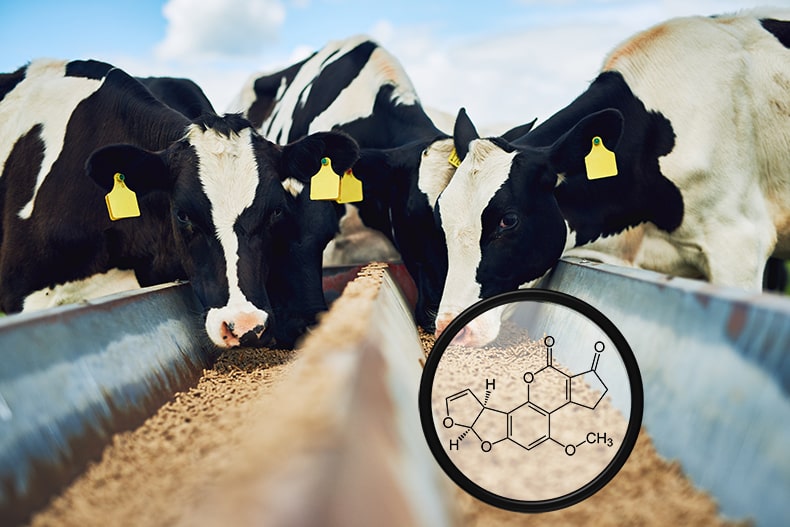 More than 60 years after the discovery of aflatoxins, they remain a major concern for governing bodies, agricultural businesses and analytical scientists worldwide.

Produced mainly by the fungi Aspergillus flavus and Aspergillus parasiticus, aflatoxins are first and foremost an ongoing threat to human and animal health. In 2004, aflatoxins in damp, locally grown maize were responsible for 125 deaths in Kenya, while more than 75 dogs also died in the USA in 2005 after consuming contaminated pet food.

The clinical effects of even small concentrations of aflatoxins can include liver cancer, reproductive problems, anemia, immune system suppression, and jaundice - but mycotoxins and their aflatoxin derivatives also take a long-term toll on the health of the global economy.

A 2019 study by Eskola et al., confirmed an oft-quoted estimate by the United Nations Food and Agriculture Organisation: that more than 25 per cent of the world’s agricultural production is contaminated with mycotoxins above the European Union and Codex Alimentarius limits. Schmale and Munkvold argue that such widespread contamination would mean the loss of one billion metric tonnes of food a year, and billions of dollars in lost revenue.

Meanwhile, in the USA and Canada alone, annual losses arising from the impact of mycotoxins on the feed and livestock industries are thought to be in the order of $5 billion - with costs ranging from reduced crop value to litigation over human health.

The continued presence of aflatoxins in crops grown for animal feed also has concerning and complex consequences for the dairy industry. This is due to ‘carry over contamination’, which can occur when a milk cow, buffalo, goat, or ewe eats moldy feed containing the major toxin, Aflatoxin B1. Aflatoxin B1 is then metabolized to its hydroxyl metabolite aflatoxin M1, or AFM1 – a food borne mycotoxin that is then excreted in milk. Although less toxic than its parent compound, M1 is classified as a probable human carcinogen. 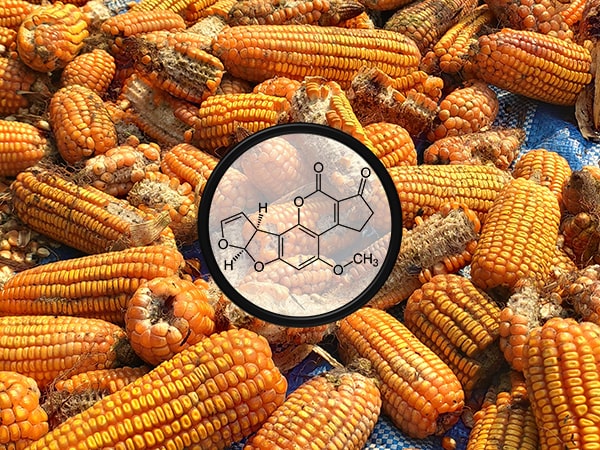 Reducing M1 contamination in dairy products also presents particular problems, as pasteurization and sterilization have little impact on aflatoxins. Not being very fat soluble, M1 does not transfer readily into cream and butter, but some concentrations can be expected in low-fat milk products including soft cheese and yogurt. Meanwhile, particular attention needs to be paid to ensure that products such as infant formula milk avoid contamination with aflatoxin M1.

In the developed world, the threat of aflatoxins has led to the adoption of strict regulatory limits on aflatoxin M1 in milk, as well as milk for the manufacture of other products. The European Union limit for M1 in milk is 0.05µp/kg, while it is lower still for infant and follow-on milk, at 0.025µp/kg. In the US, the Food and Drug Administration guideline for aflatoxins in milk was introduced in 1977, after the southeastern corn crop was affected severely by molds. In fluid milk products, this guideline is currently set at 0.5 ppm, while both the US and the EU also specify maximum permitted levels for aflatoxins in grain for animal feed.

People living in the developing world, sadly, are far more likely to be exposed to aflatoxins in their milk they consume - with profound consequences for both human health and overall prosperity. Schmale and Munkvold write that more than four billion people in developing nations are repeatedly exposed to aflatoxins, amounting to more than 40 percent of the disease burden in these countries. Several studies focusing on South Asia and Iran have demonstrated that aflatoxin M1 exposure is often considerably higher there than in both the EU and US.

For example, an ELISA-based study by Tarannum et al. analyzed 100 samples of raw and processed milk in Bangladesh, finding that 53 per cent exhibited M1 contamination. Furthermore, 75 per cent of the contaminated samples were above EU prescribed limits for aflatoxin M1, while 43 per cent breached US regulations.

The Tarannum study also referred to research in Iran, India, and Pakistan that had revealed worryingly high levels of aflatoxin M1 contamination in milk and milk-based samples. For example, all 468 fresh milk samples studied in one Pakistan study in 2016 showed the presence of aflatoxin M1, with a mean level of 2600 ng/kg. Meanwhile, a systematic review of M1 from 1988 to 2020 in 18,921 samples of milk worldwide, estimated M1 prevalence at 79.1 per cent.

In developing countries, the continued presence of high levels of aflatoxins, and increasing consumer demand for milk, has combined unfavorably with weak or non-existent regulations and an inability to afford testing. 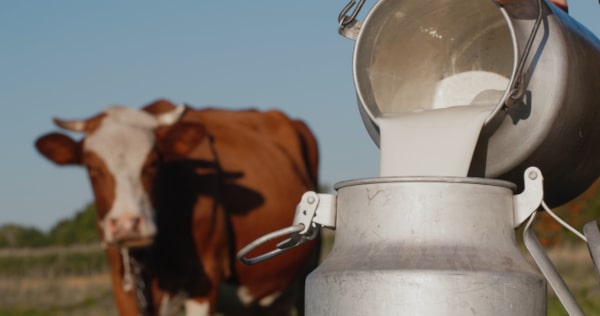 As the International Food Policy Research Institute points out, the lack of aflatoxin testing capability and expertise in preventing contamination also impedes the ability of developing countries to sell their crops abroad – adding to the woes that aflatoxins create for the world’s farmers.

A number of solutions have been suggested to help counter food-borne aflatoxins. These include adapting farming methods to reduce their presence in feed crops, the introduction of legal maximum M1 levels in milk in developing countries, and using more affordable detection techniques, such as ELISA.

But should aflatoxins prove impossible to stamp out, they can at least be controlled in dairy products, thanks to the array of reliable testing methods that have been developed by analytical scientists. As Vaz et al. point out, the purpose of the aflatoxin analysis dictates the method chosen, so that if a test is intended to detect the presence of an analyte in a sample, rapid methods can be used. Conversely, if the intention is to detect and quantify the analyte, laboratories must employ quantitative methods.

Different strategies can also be employed during the different stages - sampling, extraction, clean-up, determination and quantification – with QuEChERS, ELISA, immunoaffinity columns, High Performance Liquid Chromatography and mass spectrometry all now defenses that laboratories can use against this persistent foe.

At TRC, we offer a large selection of mycotoxin standards with their metabolites and labelled isotopes to aid laboratories in their identification and quantification of aflatoxins, mycotoxins, and labelled toxins.