Products made with hemp and cannabis are prone to contamination with dangerous mycotoxins at all stages of the development process – meaning that robust and reliable laboratory testing is essential.

However, regulation of mycotoxins in cannabis products is currently haphazard in the US – prompting calls from within the cannabis industry for more effective testing procedures to be agreed, and then codified in state law.

In Europe, both legalisation and regulation of cannabis and hemp materials are becoming more widespread – with new testing mandates and methods likely to follow, in order to bring previously unauthorised substances safely into the mainstream.

Laboratories across the globe may soon be tasked, therefore, with carrying out a wider range of analyses to satisfy new legal requirements around mycotoxins, safeguard consumers, and protect the reputation of cannabis brands. Here, we summarise some of the main issues in the emerging debate on mycotoxins in cannabis.

What we know about mycotoxins

Mycotoxins are toxic compounds that are produced naturally by certain types of moulds, or fungi, and can occur in a wide range of agricultural products. Mould growth takes place if crops are subject to warm, damp, or humid conditions before and after harvest and during storage. Mycotoxins are a significant problem in world agriculture, with a 2019 study confirming that more than 25 per cent of the world’s agricultural production is contaminated with them, above the European Union and Codex Alimentarius limits. Like any other agricultural product, “Cannabis plants and derived product can also be contaminated with mycotoxins during transportation, storage, and processing.”

Although there are many mycotoxins, aflatoxins B1, B2, G1, G2 and Ochratoxin A are considered the most dangerousand therefore screened for most routinely. In humans, mycotoxin consumption can causekidney failure, carcinogenesis, respiratory illness, impaired immune systems, and even death.

The dangers of mycotoxins in cannabis and hemp

Whilst mycotoxin contamination remains a significant problem in agriculture generally, the warm and humid growing conditions needed to produce healthy cannabis are potentially more mycotoxin friendly than for most crops. The fact that many mycotoxins are chemically stable enough to survive food processing also means that they may emerge from the cannabis production process intact, and in a more potent form. As one leading cannabis testing laboratory puts it: “When cannabinoids are extracted and concentrated from contaminated flower(s), the mycotoxins are also extracted and become more concentrated in the final product.” Nor does burning contaminated cannabis during inhalation destroy mycotoxins or protect consumers, according to chemists: “on the contrary, there is evidence that inhaling mycotoxin-contaminated material can result in pulmonary emphysema and lung cancer.” In general, therefore, “mycotoxins... represent a major source of contamination for cannabis flower and other cannabis products.” 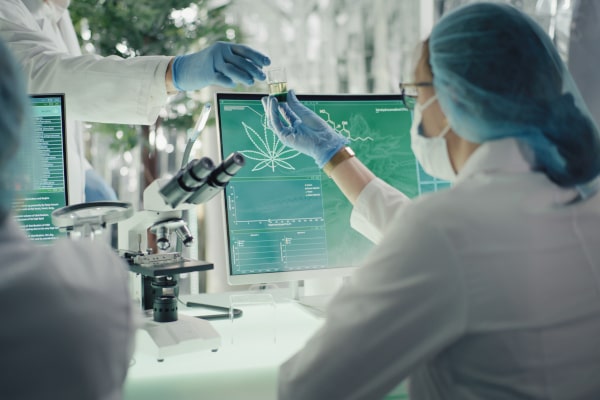 Whilst clear regulation by the FDA has safeguarded consumers across the US from mycotoxin contamination in food and feed, drawing up legislation regarding mycotoxins in cannabis has been left to individual states – leading to piecemeal protection. State governments including Maryland, Nevada, and Michigan demand specific testing methods for mycotoxins in cannabis, but many others require only basic testing for mould and “do not drill down upon testing for the specific mycotoxins of greatest concern.” The European Union (EU) also has parts per billion (ppb) limits for mycotoxins in food and animal feed, which it uses as guidance for cannabis - in the absence of specific regulations for the drug and its products. Yet thorough regulation with regard to mycotoxin testing is important for protecting cannabis consumers’ health, especially as there is already evidence that potentially dangerous products are circulating worldwide. For example, Michigan officials recalled all marijuana products tested by one laboratory company because of concerns about aspergillosis in November 2021 while, in July 2021, a Canadian company recalled three batches of its pre-rolled joints due to yeast and mould contamination fears. A 2020 University of Turin study that analysed 14 cannabis products “collected from small retails” also found that half contained aflatoxin B1 “at levels exceeding those admitted by the European Union in commodities intended for direct human consumption.”

Calls for more US testing and regulation

A number of expert commentators argue that the cannabis industry needs both stricter regulations and agreed testing methods to counter the threat of mycotoxin contamination. Analytical Cannabis says that the decriminalisation of cannabis products in states across the US must be accompanied by “regulatory policies to… control… the levels of mycotoxins at different stages of production and distribution.” One expert group writing in Terpenes and Testing Magazine claims that “The risk of mycotoxicosis is significant even with government oversight”, while David Kennedy writes on the Phenomenex analytical chemistry blog that “Mycotoxin testing should not be an area where compromises should be made.” Looking at the small number of states that have introduced comprehensive mycotoxin regulations, Kennedy describes it as “vexing” that so many have not done more.  There are also fears that, should a product contaminated with mycotoxins cause consumers to become seriously ill, it would be hugely detrimental to the reputation of the cannabis industry.

The announcement in December 2021 that Germany plans to legalise the controlled sale of recreational cannabis has been described as a game-changer for the industry in Europe. If implemented, the plans would mean Germany becoming the largest nation in the world to legalise the drug – an event that “will be closely watched by other countries toying with liberalising their drug laws.” Across Europe, it would also mean that the sale of cannabis is either wholly legal or officially “tolerated” in Germany, Malta, The Netherlands, Spain and Portugal. In terms of testing, however, wider legalisation is also likely to lead to greater “surveillance” of contaminants such as aflatoxins, and more interest in reliable detection methods amongst analytical scientists. As the Turin research group puts it: “legalization of cannabis for recreational, medicinal and nutraceutical uses requires the development of adequate analytical methods to assure the safety and security of such products. In particular, aflatoxins are considered to pose a major risk for the health of cannabis consumers.” The parties in the new German government have also pledged explicitly to increase testing for dangerous ingredients after legalisation.

The growing acceptance of cannabis and hemp products into the mainstream in Europe can also be seen in the decision to designate cannabidiol (CBD) products as potential “novel foods” within the EU, UK and Northern Ireland. But, again, producers seeking official recognition can only succeed if they are willing to submit to considerable safety testing. Food manufacturers using CBD extracts and isolates must therefore navigate a lengthy and complex application process – including scrutiny of product toxicology, mutagenicity and allergenicity - before securing European Food Safety Authority approval to sell their goods on the open market. 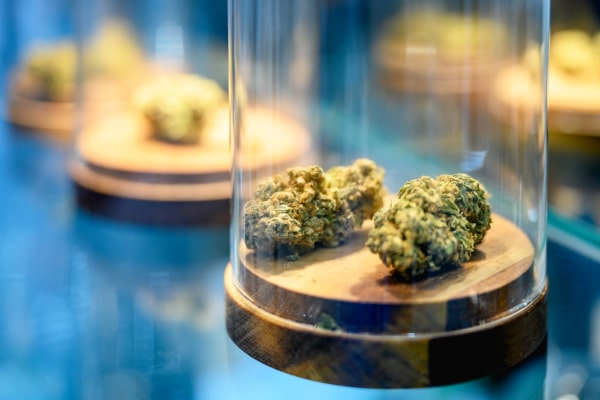 Liquid chromatography mass spectroscopy (LC-MS) is currently the most suitable and widely used technique for identifying mycotoxins in hemp and cannabis products. When supported by the use of quality reference materials, LC-MS allows laboratories to undertake very sophisticated and sensitive analysis that can easily measure down to the ppb detection levels required to ensure consumer safety.

Laboratory and quality control managers working in this fast-changing field need to partner with a reference material provider that can keep them up to date with the latest industry news and regulations, as well as guaranteeing high quality, traceability and a wide range of products.

Dr Ehrenstorfer’s wide range of reference materials for mycotoxins in cannabis comprises more than 130 neats, single solutions and mixtures, including metabolites and stable isotope labelled compounds. Given the particular dangers that aflatoxins and ochratoxins pose, we provide a wide range of products to aid your analysis of aflatoxins B1, B2, G1, G2 and Ochratoxin A, including a labelled aflatoxins mixture for B1, B2, G1 and G2.

This extensive mycotoxin range complements our complete portfolio of cannabis reference materials, many of them ISO 17034-compliant, and means that Dr Ehrenstorfer boasts one of the broadest cannabis offers on the market. Moreover, our decades of technical expertise also enable us to build clients custom solutions to their specific testing needs.