The bioaccumulation of pharmaceutical and veterinary drug residues in our food products and the wider environment is a significant and enduring problem for the world.

Although laboratory testing, regulation, and improved farm practices have combined in recent years to limit the number of alerts linked to vet- and pharma residues in food products, it is essential that we remain vigilant against the dangers they pose.

The deeper and more existential threat of Antimicrobial Resistance (AMR) is also set to change the picture for farmers, the food industry, and testing laboratories radically this month – when the European Union (EU) introduces new rules to intensify the fight against AMR.

The Veterinary Medicinal Products Regulation will introduce several new measures when it comes into effect on January 28, including:

- Banning the preventive use of antibiotics in groups of animals, and via medicated feed

- Reinforcing a ban on antimicrobials to promote growth and increase yield

- Science-based maximum limits for cross-contamination of feed with antimicrobials

Crucially, food producers from other parts of the world who want access to the EU’s 448 million consumers will also have to comply with the restrictions on antimicrobials for promoting growth and increasing yield, and also prove that their products are free from antimicrobials reserved for humans in Europe. Overall, the new rules, coupled with growing public awareness of the effects of food contamination, look set to increase the need for laboratory testing – whether during the production and repackaging stages (including spot-checking) or the analysis of contaminants in farm soils.

How contaminants can be introduced during food production

One of the main reasons that all food industry stakeholders need to remain vigilant against pharmaceutical and veterinary medicinal contamination in food is that it can happen at any stage of the production process. For example, veterinary medicines concentrated in manure and slurry can be transferred to farmland and crops via manure spreading, and this can lead to surface and groundwater contamination – which in turn helps build up residues in aquatic animals. Using reclaimed wastewater – a common practice in water-scarce regions – is another potential way to introduce pharmaceutical contamination to crops, while there are also many ways that medicines used in animal husbandry can reach the foods we eat.  For example, ‘carry-over contamination’ can occur when producers or veterinarians use drugs on animals in an unapproved manner, in an ‘extra-label’, or unprescribed way, as part of a feeding regime, without keeping appropriate treatment records, or failing to observe appropriate drug withhold clearance times before an animal is slaughtered. 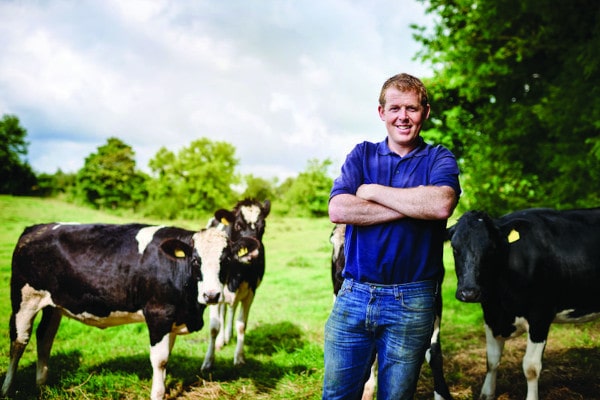 Trimethoprim is a broad-spectrum antibiotic commonly used to treat human urinary tract infections (UTIs) such as cystitis. In cattle, it is used to treat respiratory infections such as bovine pneumonia pasteurellosis (or shipping fever) and it is often combined with sulfonamides - one of the most common antimicrobial classes used in veterinary medicine. In 2002, the EU responded to “concern that an insufficient number of medicinal products was available to treat diseases occurring in animals” by approving Maximum Residue Limits (MRLs) for trimethoprim of 100 µg/kg in horses and 50 µg/kg in “all other food producing species.” By 2017, however, the UK National Institute for Health and Care Excellence (NICE) reported that 34 per cent of UTI samples analysed in English NHS laboratories were resistant to trimethoprim, compared to 29.1 per cent the previous year. NICE also stated that “Trimethoprim was once the first choice treatment for UTIs before Public Health England recommended switching to a different antibiotic called nitrofurantoin. Only 3% of the UTI samples showed resistance to nitrofurantoin…” Trimethoprim enters the environment when it is excreted from people into wastewater and when unused medication is disposed of via toilets, sinks, or landfills. It can also be released through agricultural runoff, and accumulate in surface- and groundwaters, as well as food, drinking water, and soils. As a popular human and veterinary antibiotic that is vulnerable to antimicrobial resistance, it is likely that the monitoring and analysis of trimethoprim will form a key part of the EU’s new strategy to reduce AMR.

Since 1975, Dr Ehrenstorfer has been a leader in the manufacture of high-quality reference materials, with pharmaceutical and veterinary drug residues at the core of what we do. Our expert chemists have developed an extensive range of more than 2,100 quality products to support your laboratory’s testing for such residues in the food chain, including native and labelled compounds.

Because we continue to innovate, we are now offering customers over 100 new reference materials for pharmaceutical and veterinary medicinal drug residues. We offer four products, including native and labelled compounds, to aid your detection of trimethoprim and ensure your compliance with global regulations and safe residue limits. We can also provide mixtures to support your analysis of six common antibiotic and antimicrobial compounds – namely avermectin, benzimidazole, beta lactam, quinolone, sulfonamide, and tetracycline – in accordance with EU MRLs.

To view Dr Ehrenstorfer’s full range of pharmaceutical and veterinary residue reference materials, click here. Or get in touch today to find out how we can assist you, whatever your laboratory’s needs.