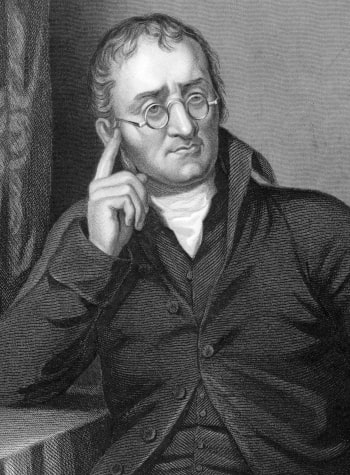 More than 200 years ago, a teacher from the North West of England was drafting a leaflet to publicise his new science book. His intention, he wrote, was “to place the whole science of Chemistry upon a new, and more simple, basis than it has been upon heretofore,” and it’s safe to say this wasn’t just hyperbole. The writer was John Dalton – born 255 years ago today, on September 6, 1766 – and his 1808 work, New System of Chemical Philosophy, was about to usher chemistry into the modern age.

Dalton’s work first established what science historian Arnold Thackray says is now “one of the most familiar ideas in the world” - that all matter is made up of tiny, indivisible particles called atoms.

The self-taught Dalton, who came to chemistry by way of meteorological observations in his rain-swept, native Cumberland, also gave the world several more big ideas that together made up his atomic theory:

1. Atoms of the same element are similar in shape and mass, but differ from the atoms of other elements.

4. Atoms of the same element can combine in more than one ratio.

5. In chemical reactions, atoms are combined, separated or rearranged.

6. The atom is the smallest unit of matter that can take part in a chemical reaction.

In the book, Dalton also drew individual atoms and compound atoms for the first time – a breakthrough that still forms the basis of how chemists visualise elements and molecules today, as well as the notation that they use.

“For the first time ever, we’ve suddenly got a language, a way of thinking about it, a set of formulae that advance chemistry tremendously,” Thackray says. “And from that day to this, chemistry’s been done on that basis.”

Of course, Dalton’s atomic theory was not without its flaws – and its critics. For many scientists, the fact that he could not confirm it by direct observation – because atoms could not be seen – was problematic. Amongst those who remained unconvinced were Sir Humphry Davy (1778-1829) and the leading French chemist, Claude-Louis Berthollet (1748-1822). However, whether proven or not, atomic theory proved useful because it was simpler to express the stoichiometry of a chemical reaction in atoms rather than absolute mass, while organic chemistry in particular made rapid advances once Dalton’s ideas were accepted. “Many chemists found themselves using atomic theory,” Marc Michalovic writes, “even if they held their noses all the while.” 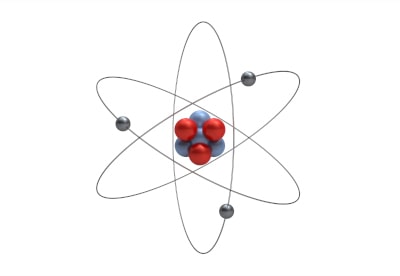 Although Dalton is regarded as the first proponent of modern atomic theory, the idea that matter is comprised of minute particles has a long and brilliant – although not always acknowledged – history. Dalton’s breakthrough was heavily influenced by the work of French scientists Antoine Lavoisier (1743-1794) and Joseph Proust (1754-1826), but some philosophers were exploring the concept long before that:

Unknown to western scientists in Dalton’s time, an Indian philosopher’s son called Acharya Kanada first conceptualised the idea of indivisible matter (the ‘anu’) around 2,500 years earlier - after breaking the food in his hand into smaller and smaller pieces until he was left with just its smell.

The Greek philosopher Democritus first used the term ‘atomos’, meaning ‘uncuttable’, to describe the tiny, unbreakable objects that he suggested made up all matter in the universe.

Proust, meanwhile, developed the law of definite proportion, which demonstrates that, if a compound is broken down into its constituent elements, the masses of the constituents will always have the same proportions, regardless of the quantity or source of the original substance.

Dalton’s atomic theory informed the later experimental work of the Swedish chemist Jöns Jacob Berzelius (1779-1848). Berzelius further explored definite proportions, exploring the composition of elements and compounds through the combining properties of all known chemicals, and establishing a table of relative atomic weights in 1818. He also updated Dalton’s system of chemical notation, developing the system still in use today, although we have now swapped his superscript numbers (eg H2O) for subscript (H2O).

Although some key aspects of Dalton’s work have been contradicted over time – for example, by the discovery of electrons, isotopes and allotropes – his atomic theory remains an astonishing achievement. Nature thinks it “perhaps the greatest” step on a long road of understanding, stretching from the ancients to Rutherford and Bohr in the 20th Century. No wonder that many still consider this “modest teacher” excluded from Oxford and Cambridge because of his Quaker beliefs to be the father of modern chemistry, more than 250 years after his birth. 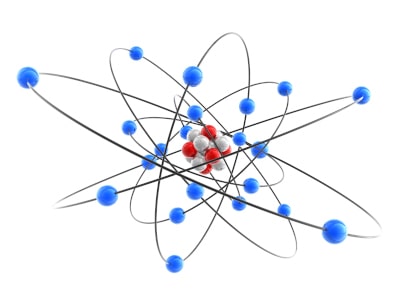