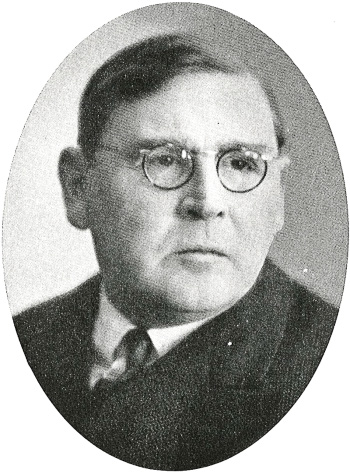 They may be blissfully unaware of it, but many thousands of people across the planet probably owe their lives to Erik Widmark, the pioneering Swedish chemist who died 77 years ago today.

Widmark (1889-1945) was a trailblazer in the study of ethanol absorption, distribution and elimination in the body – expressing his results in mathematical terms and making possible the first road safety laws that laid down limits for alcohol in drivers’ blood.

A century ago, Widmark published a paper describing a quantitative ‘micro-method’ for the determination of ethanol in 80-100mg of fingertip blood – a test that later enabled a statutory blood alcohol concentration (BAC) limit in Norway, Sweden, Austria, Germany and Poland. Widmark’s work remained so influential that his most famous monograph – 1932’s Die theoretischen Grundlagen und die praktische Verwendbarkeit der gerichtlich-medizinischen Alkoholbestimmung – was still relevant enough to be translated and republished in English in 1981, almost 50 years later. Even today, Widmark’s equations, and the factors beta and r, are essential vocabulary for toxicologists trained in alcohol analysis. And when forensic toxicologists testify in court about a person’s BAC, the amount of alcohol consumed and the extent to which body functions are impaired, they are still using the principles Widmark established. As the US forensic scientist and statistician, Rod G. Gullberg, puts it: “No computation is performed more frequently by forensic toxicologists than that involving Widmark's equation.”

Widmark’s fingertip blood method – involving micro-diffusion of volatiles followed by oxidation with chromic acid and iodometric titration to detect the endpoint - also proved sufficiently robust and convenient for courts to move on from evidence based on the examination of drink-driving suspects by a physician. Traditionally, doctors conducted simple tests to assess the signs and symptoms of impairment in a suspect, but these were unreliable because they could be affected by variables such as the skill of the physician, the time that had elapsed since drinking, and the arrested driver’s habituation to alcohol.

Widmark’s micro-method also enabled him to conduct research into the pharmacokinetics of alcohol, introducing concepts including zero-order and first-order kinetics, elimination half-life  and volume of distribution for acetone, ethanol and methanol. According to the University of Linkoping’s Alan Wayne Jones, Widmark’s bibliography lists about 100 original articles and reviews across many areas of research – “including acetone and ketoacidosis, ethanol pharmacokinetics, medical nutrition and vitamins, use of animal models in alcoholism studies, the clinical diagnosis of intoxication and the relationship between BAC and impairment, as well as problems with postmortem blood-alcohol analysis.”

Having overcome professional and political difficulties to become Professor and Chairman of The University of Lund’s Medical and Physiological Chemistry Department at just 31, Widmark was later elected to the Royal Swedish Academy of Sciences (the Kungliga Vetenskapsakademien - equivalent to the Royal Society in the UK, or America’s National Academy of Sciences). His genius also enabled him to make a significant early contribution to the study of the potential carcinogenic effects of browning meat – demonstrating that fried horse meat extracts induced cancer when applied to mouse skin. Some of his last publications also dealt with medical nutrition – specifically the need to eat a balanced diet rich in nutrients – while he personally encouraged his students to take part in healthy activities such as tennis, swimming, and fishing.

Unfortunately, Widmark did not always take his own advice in this regard – becoming overweight, smoking cigars, and suffering from hypertension. When he died on April 30, 1945, just a few months before his 56th birthday, arteriosclerosis was mentioned as a contributing factor on his death certificate. Despite his own untimely demise, however, Widmark’s life and work on ethanol and the body were key to ensuring the survival of countless other lives. In 1965, the International Council on Alcohol, Drugs and Traffic Safety honoured him by creating the Widmark Award for members making significant contributions to research into alcohol, drugs and driving. But perhaps his most enduring legacy is that deaths from drink driving have fallen significantly in most developed countries – a fine example of how science can help create a safer world.