The role of drug testing in society is set to grow significantly over the coming years – fuelled by a growing recognition of the problems caused by drug abuse, as well as advances in detection methods.

Governments across the globe – from the US and Canada to Europe and China - have responded to the growing problem of Driving Under the Influence of Drugs (DUID) by introducing saliva tests that can detect drug use within minutes.

These oral fluid tests can also provide important forensic evidence when crimes are committed by offenders under the influence of narcotics, while their non-invasive and rapid nature is ideal for workplace testing to ensure that employees do not work while abusing drugs.

Why drug testing is expanding worldwide

Whilst driving under the influence of alcohol is reducing globally, a report on international trends by the Norwegian Institute of Public Health concluded that the proportion of fatal road traffic collisions related to non-alcohol drugs is increasing, particularly where cannabis and stimulants were involved. In the US, the National Institute on Drug Abuse reported that 12.6 million Americans were driving under the influence of illicit drugs, while more than 40 per cent of fatally injured drivers were found to have drugs in their system.  In the UK, convictions for drug-driving have risen every year - from zero in 2012 to 12,391 in 2019 - and fatalities where motorists were noted to be impaired by drugs have increased almost three-fold since 2013 to around 100 a year in both 2018 and 2019. According to the road safety charity, Brake, drug driving is a factor in more than 1 in 20 fatal crashes in the UK, but it is also widely believed that currently reported levels of DUID may just be the ‘tip of the iceberg’ of a much larger underlying problem. In a report last year by the British Parliamentary Advisory Council for Transport Safety (PACTS), forensics professor Kim Wolff MBE concluded: “Drug driving represents a significant challenge to modern society.” From Ottawa to Hong Kong, therefore, governments are responding to the growing threat of DUID by investing in and rolling out rapid saliva testing at the roadside – known in some quarters as ‘drugalysers’.

Although there is some debate about whether workplace drug testing is becoming more widespread in countries such as the US and UK, hundreds of thousands of US government employees remain subject to mandatory checks under the terms of Executive Order 12564 and major employers such as Amazon still conduct a range of on-the-job tests. In the UK, drug testing rates are low but on an upward trend, with significant growth expected in hazardous sectors such as construction. When coupled with the increasing use of saliva drug test results in forensic crime investigations – particularly in assault and sexual assault cases – the analysis of narcotics in saliva is expected to provide a significant growth opportunity for testing laboratories in the coming years. 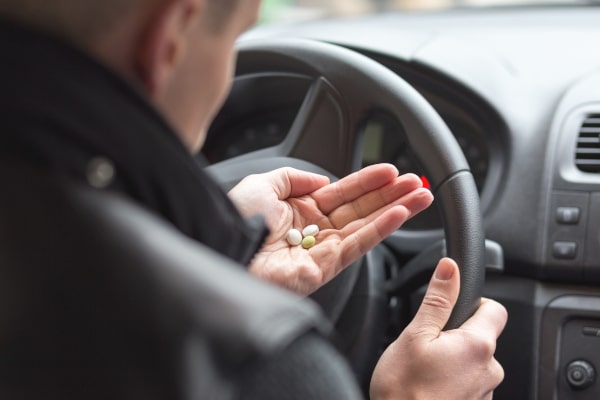 The advantages of saliva testing

Historically, blood and urine have been the most common samples used in drug testing - but recent years have seen a shift towards saliva swabs, due to the practical benefits that oral fluid tests can offer.

These include providing law enforcement officers and employers with a minimally invasive way of testing for drugs of abuse up to 72 hours after the substances were taken. A saliva test is also much faster and easier to administer than traditional blood and urine tests – while the person carrying it out does not need to have special training or expertise. Finally, as saliva samples are collected in full view of the tester, adulteration is much less likely.

How the right reference materials can secure a safe conviction

As the results of saliva tests may be used as evidence in disciplinary matters or legal proceedings, it’s vital that laboratories have confidence in their results for this drug testing method. With an individual’s good name, liberty, or livelihood on the line, testing laboratories need to invest in good quality reference materials in order to minimise the possibility of an incorrect result that could result in an unjust dismissal or conviction. To achieve more comparable results and accurate interpretations, the standards that labs use should also contain the drugs of interest in the same matrix to that of the test. In this case, a synthetic saliva matrix is preferable to a biological one - because the former still offers all the analytical benefits of the latter, but does not require the same regulatory compliance, which can often delay analyses.

To support your laboratory’s analysis of narcotics and their associated metabolites in DUID, forensic testing and the workplace, we are proud to announce the release of three new ISO-17034 narcotics mixtures in a synthetic oral fluid matrix. The 10 target analytes are 6-acetylmorphine, amphetamine, benzoylecgonine, cocaine, MDA, MDEA, MDMA, methamphetamine, morphine, and delta 9-THC.

These new products have been developed in-house by LGC, beginning with a truly representative synthetic saliva matrix. The expert reference materials development team at our state-of-the-art facility in Charleston, SC, then worked to establish a robust process to ensure consistently excellent product quality.

The new saliva products are part of LGC’s Logical range of over 2,600 forensic and toxicology reference materials, manufactured under ISO 17034 and ISO/IEC 17025. This comprehensive portfolio includes drugs of abuse, prescription drugs, metabolites and stable isotope labelled reference materials presented as both solids and solutions - including more than 800 single solutions produced to ISO 17034.