Ordeals, poisons, and a ‘punishment from God’: a short global history of rivastigmine and other dementia treatments

We supply an ISO 17034-accredited API and several impurity products for rivastigmine and other acetylcholinase inhibitors. For more information, please scroll to the bottom of this article.

Although the history of dementia is “probably as old as mankind itself”, the condition has evolved to become a modern-day scourge. According to the World Health Organisation (WHO), around 55 million individuals across the planet have the illness, the world’s seventh most deadly disease. WHO adds that the global cost of direct and informal care for people with dementia is already around $1.3 trillion per year and - with the elderly population  increasing in nearly every country – it will require close to $3 trillion to look after an anticipated 78 million sufferers by 2030.

Even before it had a name, humans were familiar with dementia. As early as 2000 BC, the ancient Egyptians “were already aware that memory declines as people age.” Pythagoras (570-495 BC) classified human lifespans into six stages, identifying senescence (age 63-79) and old age (80-plus) as the phases when some could be expected to degenerate in mind. Hippocrates (460-347 BC) believed that cognitive disorder resulted from brain injury, whereas the Roman philosopher Cicero believed that dementia was not an inevitable consequence of ageing, but more a question of willpower. “Pugnandum, tamquam contra morbum sic contra senectutem", he wrote, meaning: “We have to fight against ageing, as we do against a disease”. The word ‘dementia’ also has its roots in Latin, and is a composite of ‘de’ (meaning a loss or deprivation), ‘ment’ (meaning ‘mind’) and ‘ia’ (indicating a condition).

After the fall of the Roman Empire, religious notions of sin and punishment meant senility was often regarded as a punishment from God. And it was only in the early 20th century, when scientific advances allowed us to look inside the brain, that doctors realised diseases could cause this mental deterioration. In 1906, German psychiatrist Dr Alois Alzheimer used a microscope to examine the brain of Auguste Deter, a 50-year-old woman who had died after experiencing dementia-like symptoms, and found microscopic plaques and tangles. These clumps and deposits, made from proteins later known as amyloid and tau, are now recognised as the hallmarks of Alzheimer’s disease and many other forms of dementia. In the present day, WHO defines dementia as “a syndrome – usually of a chronic or progressive nature – that leads to deterioration in cognitive function… beyond what might be expected from the usual consequences of biological ageing.” Consciousness is not affected, WHO says, adding that cognitive impairment is “commonly accompanied, and occasionally preceded, by changes in mood, emotional control, behaviour, or motivation.”

Rivastigmine and its relatives

Although there is currently no cure for dementia, a family of drugs called cholinesterase inhibitors (also called acetylcholinase inhibitors, or AChEs) can alleviate symptoms – particularly in the early stages of the disease. Rivastigmine, donepezil, galantamine, and physostigmine are all part of the AChE family that have been used to treat Alzheimer’s and other forms of dementia, although they also have a wide range of other uses – both therapeutic and malignant. 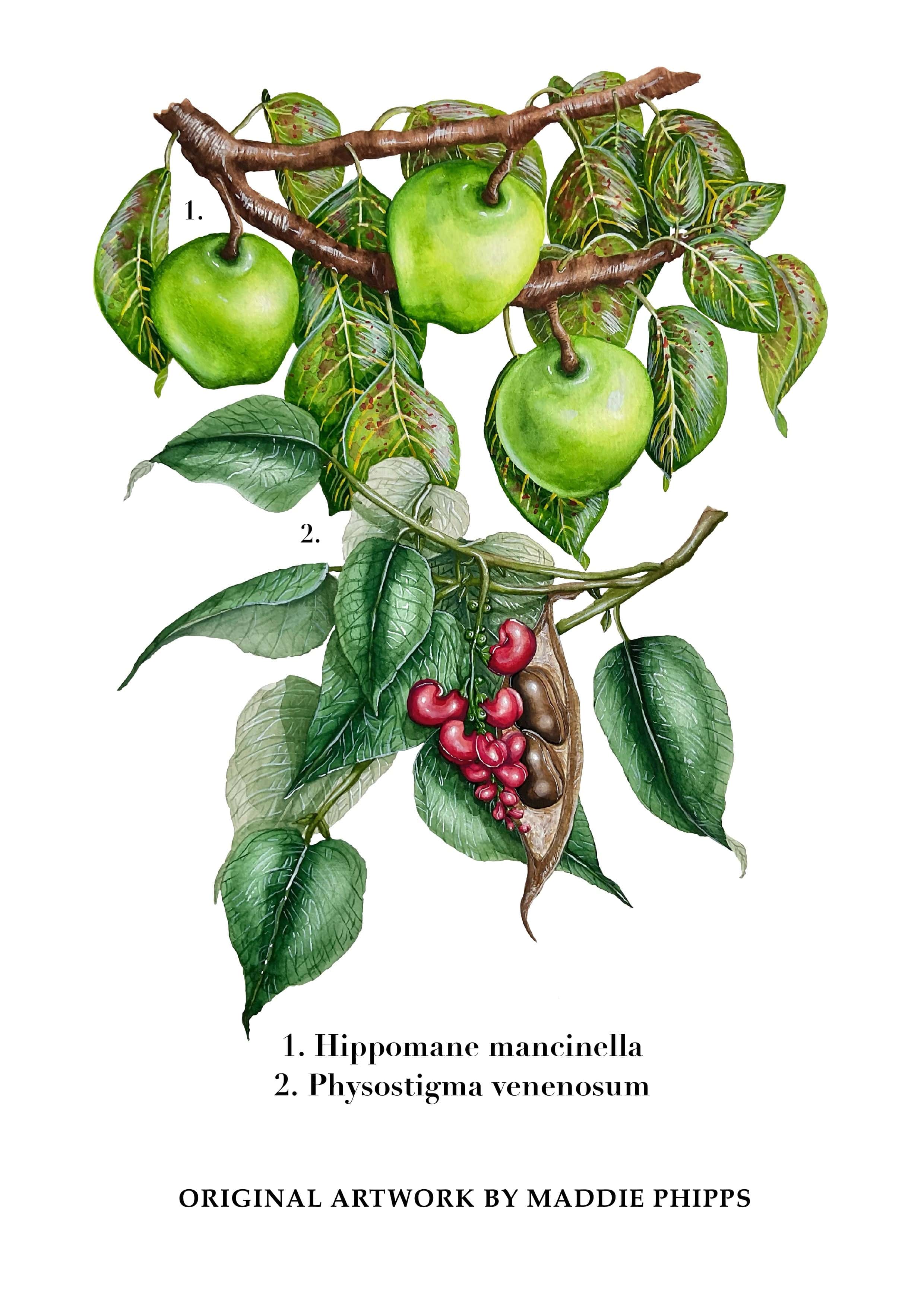 Physostigmine is an alkaloid found naturally in both the Calabar bean (Physostigma venenosum) and the Manchineel Tree (Genus Hippomane) – a.k.a. “the most dangerous tree in the world .” The Caribbean Manchineel’s sweet-scented apple-like fruits have been blamed for “poisoning Spanish conquistadores, shipwrecked sailors, and present-day tourists” and its sap also used by Carib Indians to poison their arrows. Meanwhile, the similarly toxic Calabar bean was used in ancient Africa as an ordeal to prove or disprove a person’s guilt (if the accused vomited within half an hour, they were innocent, but if they perished they were guilty). Perhaps not surprisingly, physostigmine’s not inconsiderable side effects rendered it unsuitable for treating Alzheimer’s, although it is still widely prescribed as a treatment for glaucoma and anticholinergic toxicity. 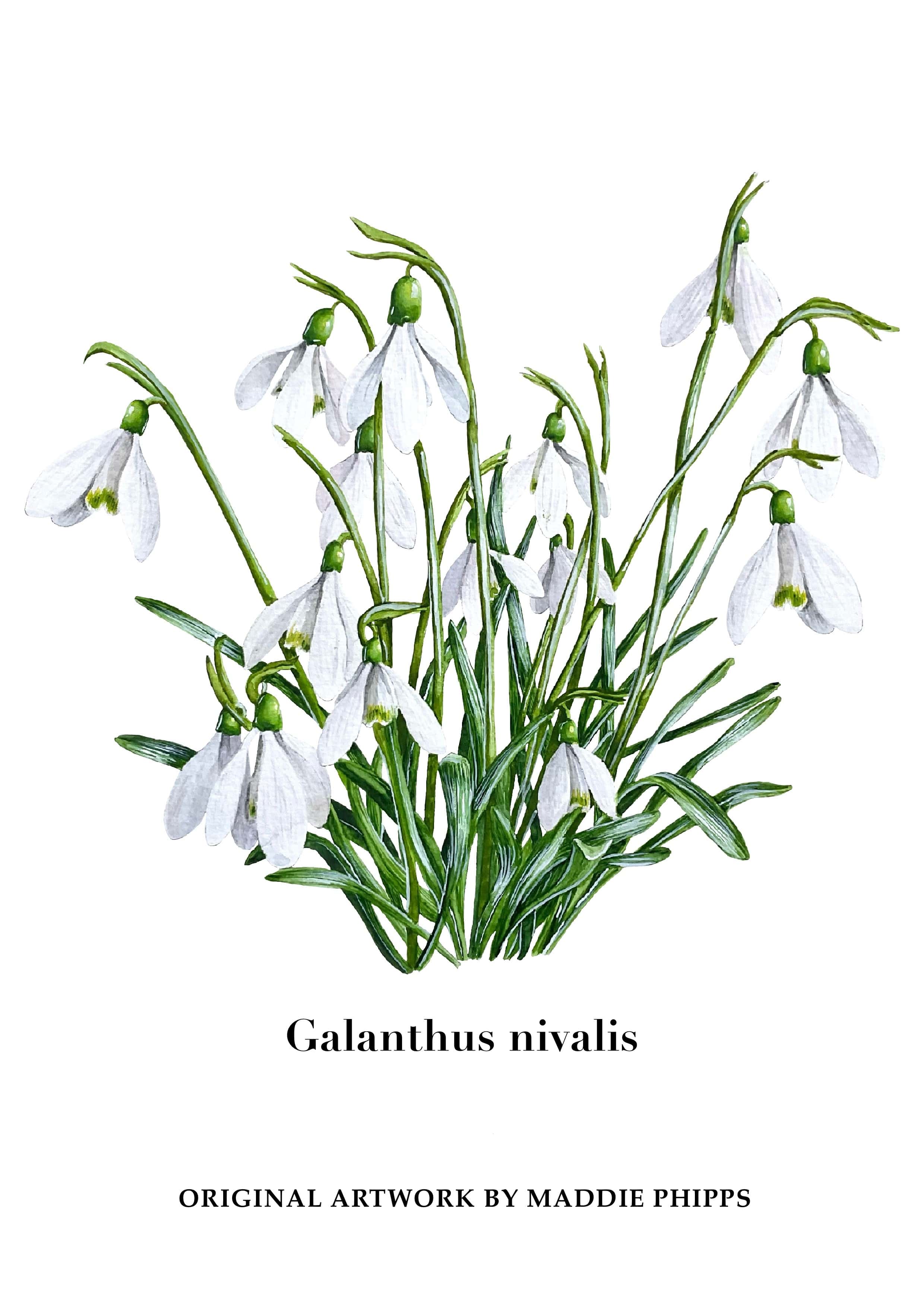 In 1947, Soviet scientists N.F. Proskurnina and L.Y. Areshknina reported the discovery of previously unknown alkaloids in the common snowdrop (Galanthus nivalis) and named the compound galantamine. Used as a neuromuscular drug in the 1960s, galantamine demonstrated positive effects on impaired human cognition in the late 1970s, although Cold War-era supply issues prevented its systematic development as an Alzheimer’s drug until the 1990s. The achievement of full chemical synthesis enabled supply to be increased by an order of magnitude, and by 2001 galantamine was launched onto the market in the US and Europe (as Reminyl, or Razadyne).

A derivative of tacrine, an early cholinesterase inhibitor whose use has now been discontinued, donepezil delays the progressive worsening of cognitive symptoms of Alzheimer's disease, and was first approved for sale (as Aricept) in the US in 1996, with Canada, the European Union, and many other countries following soon afterwards. According to one survey, “most studies convey that this drug can provide a modest benefit on cognition, behavior, and (daily) activities… in (cases of) both moderate and severe AD, contributing to slow down disease progression and, to a lesser extent, to delay institutionalization.”

A semi-synthetic derivative of physostigmine, rivastigmine was developed by a team led by Dr Marta Weinstock-Rosin, of Hebrew University in Israel. Weinstock-Rosin, who as a child narrowly escaped to Britain from Nazi Germany in 1939 and emigrated to Israel 30 years later, won the Israel Prize for medicine for her discovery. After being sold to Novartis by the university’s technology transfer company, Yissum, rivastigmine was marketed under the brand name Exelon as a treatment for Alzheimer’s, and brought in more than $1 billion in revenues in the year 2013 alone. 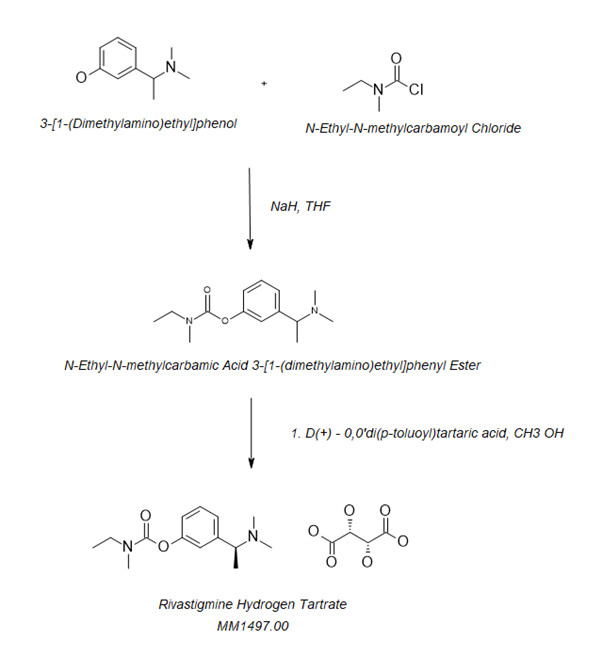