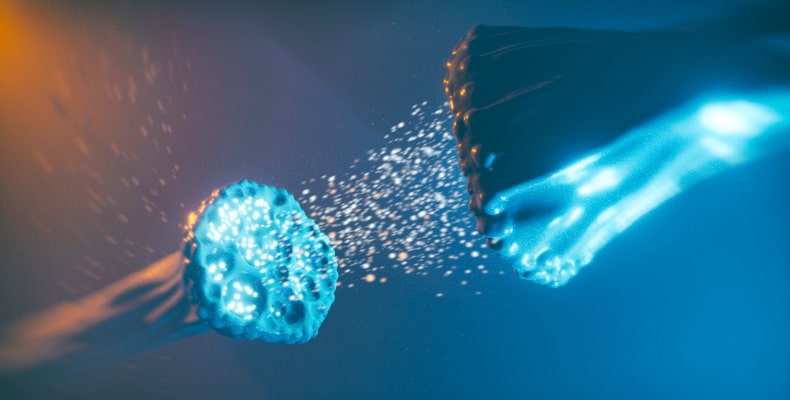 An experimental drug that restored brain synapses in mouse models of Alzheimer’s disease (AD) has raised hopes of finding an effective treatment for humans.

Scientists at Yale University reported that targeting metabotropic glutamate receptor 5 (mGluR5) with a silent allosteric modulator (SAM) treatment restored damaged synaptic connections in mouse brains. The results support the emerging hypothesis that the human immune system response may play a role in memory loss – in contrast to research that focuses on reducing levels of beta-amyloid (Ab) plaque on the brain. Some scientists now believe that the accumulation of Ab protein results in a loss of synaptic connections between neurons, in turn prompting a chronic immune system response and neuronal death.

The authors of the study, from Yale University, said they were motivated to focus on mGluR5 by studies of failing synapses in AD mouse models, noting that screening for synaptic transmembrane proteins linking  cellular prion protein (PRP) and Ab oligomers (Abo) implicated in neurodegeneration had identified mGluR5. Moreover, “Genetic loss and pharmacological inhibition studies (had) also demonstrated that reduced mGluR5 activity alleviated synaptic and memory deficits in multiple amyloidogenic AD mouse models.” The authors pinpointed a SAM - BMS-984923 – that inhibited the PRP-mGluR5 interaction to prevent pathological Abo signalling. And, since SAMs bind without disturbing interaction of receptors with their natural ligands, BMS-984923 did not interfere with normal basal or glutamate signalling.

The Yale team then used Positron Emission Tomography to track the effect that the SAM treatment had on mice, concluding that “SAM is a potent and selective inhibitor of the Abo-induced mGluR5 complex.”

As well as raising hopes of a “disease modifying therapy” for Alzheimer’s, the findings also offer the prospect of synergistic approaches that combine immunology with pharmalogical treatments targeting amyloid-β and TAU dysfunction.

The authors admitted to limitations in the study caused by its reliance on data from mouse models, and called for detailed clinical investigation into how their approach could best be adapted for human trials. However they concluded that “This work further reinforces that targeting an Abo- induced mGluR5 complex can modify the course of AD and supports the advancement of SAM intervention into human testing.”

TRC has more than 40 years’ experience working through some of the most complex synthetic pathways to deliver you high quality research chemicals. Our world-leading chemists engineer specific solutions for customers, and we have wide ranging small molecule tools for neurology related research.