Can one Alzheimer’s-resistant brain offer us clues for new treatments? 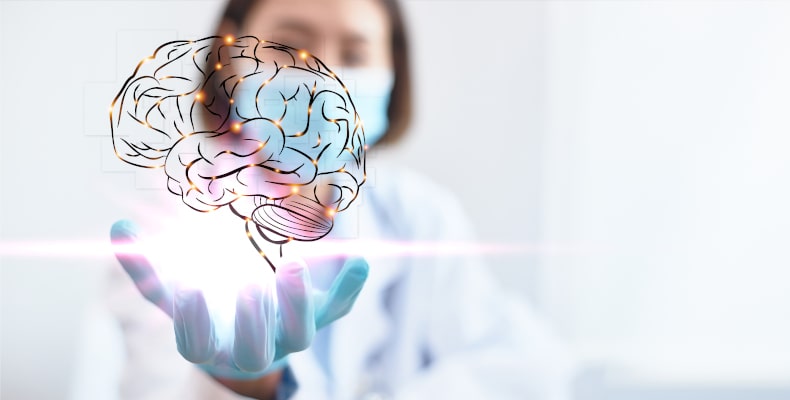 A rare genetic mutation that enabled a woman to defy her inherited tendency towards Alzheimer’s disease for 30 years could be “ground-breaking” for future treatments.

Aliria Rosa Piedrahita de Villegas, from Colombia, should have developed Alzheimer’s in her 40s or 50s, because she belonged to a family with a mutation in the PSEN1 gene.

Carriers of the autosomal dominant PSEN1 E280A mutation usually die from Alzheimer’s soon after developing the disease in their fifth or sixth decades.

However, because she also carried both copies of another mutation known as APOE3 Christchurch, or APOE3ch, Aliria did not develop symptoms of Alzheimer’s until her early 70s. She only died - of metastatic melanoma - in 2020, aged 77.

An international research team writing in Acta Neuropathologica found that, while there were pathologic features of Alzheimer's disease in Aliria’s brain, they were not in parts where the disease is found typically. In her case, the frontal cortex and hippocampus – responsible for judgement or memory and learning – were spared the ‘clumping’ of TAU protein associated with Alzheimer’s.

Instead, TAU pathology – such as a chronic inflammatory profile of microglia and reduced levels of APOE expression – was observed mainly in the occipital cortex, the area at the back of the brain that controls visual perception. Even so, Aliria did not present clinical features such as visual or spatial impairments before her death.

“(The forces) either promote or protect against disease progression, and begin to explain why some brain regions were spared while others were not.”

The APOE family of genes control production of apolipoproteins, which transport lipids in blood and body fluids. The variant APOE2 protects against Alzheimer's dementia, while APOE4 is associated with an increased risk of developing the condition. Positron Emission Tomography scans on Aliria, who carried two copies of rare APOE3ch, showed that she had severely elevated beta-amyloid plaque on her brain, but with limited tau pathology and neurodegeneration. This led the researchers to suggest “that the APOE3ch variant may have protective effects by reducing ApoE binding to heparan sulfate proteoglycans and lipoprotein receptors involved in tau uptake and spread compared to other APOE variants.”

The authors acknowledged the limitations of the study – most notably, that their findings “are based on the analyses of one case”, and that finding another patient who is homozygous for the ApoE3ch variant “might be very challenging.” However, they argue that “the findings draw a remarkable picture on the relationship between ApoE function as a modulator of pathology in Alzheimer’s disease”, and could increase the chances of developing a successful treatment.

"It is seldom that we have nice surprises while studying familial Alzheimer's disease brains,” said co-first author Diego Sepulveda-Falla.

“(But) this case showed an amazingly clear protected phenotype (and) I am sure our molecular and pathologic findings will at least suggest some avenues of research, and elicit hope for a successful treatment against this disorder.”

Co-senior author Francisco Lopera, who discovered Aliria’s family and has studied them for three decades, added: “This exceptional case is an experiment designed by nature that teaches us a way to prevent Alzheimer's: let's observe, learn and imitate nature."

TRC has more than 40 years’ experience working through some of the most complex synthetic pathways to deliver you high quality research chemicals. Our world-leading chemists engineer specific solutions for customers, and we have wide ranging small molecule tools for neurology related research.  TRC offer numerous Alzheimer’s disease relevant molecules, including modulators of cholinesterases, histone deacetylases, γ secretase as well as receptors including muscarinic M1 & M2, Nicotinic and NMDA.