PFAS: Is the end in sight for the ‘forever chemicals’? 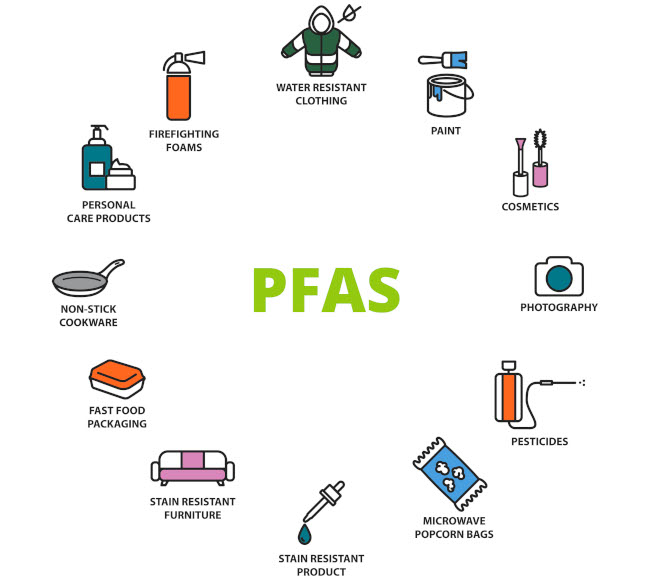 According to the US Environmental Protection Agency (EPA), 2022 will be a year of ‘laser focus’ on poly- and perfluoroalkyl substances (PFASs).

The agency announced in October that it had been given $10 billion to confront PFAS water contamination, as part of the Biden administration’s $1.2 trillion Bipartisan Infrastructure Deal.

The result is a new ‘Strategic Roadmap’ centred on three directives: increased investment in research, new regulatory guidelines and powers aimed at restricting the release of PFAS into the environment, plus an accelerated clean-up and remediation campaign.

As part of this ‘research, restrict and remediate’ strategy, the EPA pledged to:

- undertake nationwide monitoring for PFAS in drinking water, significantly expanding the number of water systems in the programme.

- require manufacturers to provide toxicity data and information on categories of PFAS to inform future regulations.

- publish improved analytical methods to enable 40 PFAS to be monitored in eight different environmental matrices by 2024.

“This comprehensive, national PFAS strategy will deliver protections to people who are hurting, by advancing bold and concrete actions that address the full lifecycle of these chemicals,” said EPA Administrator Michael S. Regan.

“Let there be no doubt that EPA is listening, we have your back, and we are laser focused on protecting people from pollution and holding polluters accountable.”

How PFAS spread throughout the world

Due to their unique ability to repel oil and water, PFOA and PFOS have been used widely in the manufacturing of industrial and consumer products since the 1940s. They have become ubiquitous on our planet, due to their use in countless products - ranging from fast food boxes to stain-resistant carpets, and non-stick pans to nail polish. More than 4,000 PFASs have been manufactured, and hundreds detected in environmental samples. And so there’s a good chance that they will be present in many of the everyday items we eat, drink, wear or cook with this Christmas. The Endocrine Society reported last year that PFAS are found “in surface water, deep-sea water, drinking water, waste-water treatment plants, leachates from landfills, sediment, groundwater, soil, the atmosphere, dust, as well as biota including wildlife and humans globally.” PFAS were present in the blood of 98 per cent of Americans taking part in >one study by the US Centers for Disease Control and Prevention, while the water systems of 43 US states and even the blood of polar bears in the Arctic are contaminated with them. While previous attempts to phase out some PFAS has reduced concentrations in some communities, ‘ hotspots ’ of contamination – notably involving firefighters who worked with aqueous film-forming foam (AFFF), manufacturing workers and people living near contaminated sites – remain problematic.

The persistence and health consequences of PFAS

As the Endocrine Society points out, “PFOA and PFOS never break down in the environment due to the extremely strong bond created between carbon and fluorine – the strongest carbon bond in existence.” Their half-lives in the human body can be three to five years – and longer still for some other PFAS. Meanwhile, those that bioaccumulate in the body also biomagnify– “meaning that concentrations are highest in the bodies of creatures at the top of the food chain, including humans.”

Many studies investigating potential connections between PFAS and cancer are either inconclusive or fail to show a link, although stronger evidence has been found for increased risk of kidney and testicular cancer in communities where drinking water was contaminated by PFOA. Associations have also been found between PFAS and dyslipidemia – a liver disfunction characterised by abnormal amounts of blood cholesterol and triglycerides – as well as compromised immune responses to vaccines and pubertal timing in children. In addition, research suggests that PFAS can mimic oestrogenic behaviour, including increased proliferation of human breast cancer cells in vitro, while also disrupting metabolism and causing birth and development problems in rats and mice.

Whilst many the problems caused by PFAS are well-known, the EPA has also moved to address two major areas of uncertainty linked to the chemicals in its Strategic Roadmap.

One is gaining a more complete picture of the effects and prevalence of PFAS. The Endocrine Society argues that “With so many PFAS not yet identified or adequately measured, information about human exposures to a larger number of these compounds is still urgently needed.” The EPA’s increased focus on research and monitoring – including a ‘ final toxicity assessment’ for GenX and five additional PFAS that will help develop strategies to protect the future health of humans and the environment – may therefore be an important step. While health concerns and increased regulation have already brought about a decline in human exposures to PFOS and PFOA in Western countries and Japan over the past decade, “industry has rapidly replaced (them) with shorter chain length PFASs and new chemicals that are difficult to detect using standard methods”, and could potentially be just as dangerous. The prospect that this “proliferation of new PFAS” could lead to a new cycle of regrettable substitution seems to have been acknowledged by the EPA’s decision to order more research into perfluorobutyrate (PFBA), perfluorohexanoic acid (PFHxA), perfluorohexanesulfonic acid (PFHxS), perfluorononanoic acid (PFNA), and perfluorodecanoic acid (PFDA).

TRC has more than 40 years’ experience working through some of the most complex synthetic pathways to deliver you high quality research chemicals. We offer a large selection of products for long- and short-chain PFAS, as well as their metabolites and labelled isotopes, to support your laboratory’s analytical testing.

Search for related products using our comprehensive webshop or get in touch to learn more.

As part of the LGC Group, we can also offer you the opportunity to acquire ISO 17034 PFAS reference standards from the extensive Dr Ehrenstorfer range.