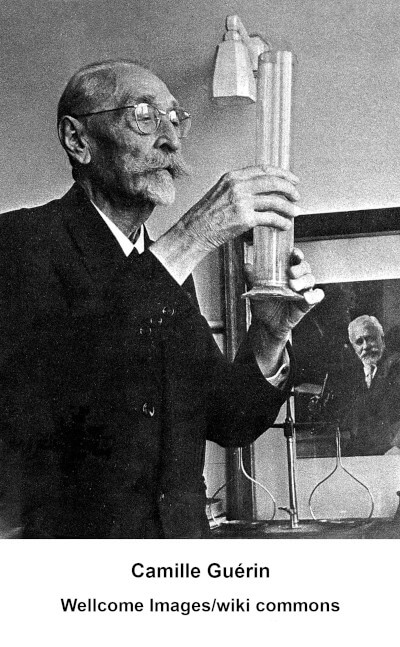 This month, we’re celebrating the 150th birthday of a scientist who has probably saved as many lives as anyone in history. The French immunologist Camille Guerin invented the first vaccine against tuberculosis – the Bacille Calmette-Guerin – in 1921, after years of collaboration with his celebrated scientific partner, Albert Calmette. Known around the world simply as ‘the BCG’, the vaccine has saved untold millions from the world’s deadliest pathogen – and is still our best defence against it more than 100 years later. What’s more, the BCG has also become a hugely versatile treatment for a range of other deadly conditions, including infant meningitis, bladder cancer and perhaps even Covid-19.

By the beginning of the 19th century, tuberculosis was by far the world’s deadliest-ever disease, having killed an estimated “one in seven of all the people who had ever lived”. The airborne pathogen that caused it, Mycobacterium tuberculosis, had survived for around 70,000 years and acquired a poignant collection of nicknames reflecting its sustained virulence – including ‘The white plague’ (because of the pallor of its victims), ‘The robber of youth’, and ‘Captain of all these men of death.’ During the 19th century, aided by the overcrowded conditions and poor housing that accompanied the Industrial Revolution, it was held responsible for one in four deaths in Europe and North America. Even deep into the 20th Century, it continued to claim millions of victims – among them Franz Kafka (1924), George Orwell (1950), Eleanor Roosevelt (1962), and Vivien Leigh (1967).

The search for a solution – if not a cure – for tuberculosis also led to wide-ranging social changes. Following the realisation that clean air and high altitudes could aid recovery, a network of sanitoriums sprang up across Europe - including one at Davos, where the novelist Thomas Mann was inspired by his wife Katia’s convalescence to write The Magic Mountain. The opening of a tuberculosis clinic in 1865 was also the start of Davos’ journey from an obscure Swiss mountain village to a leading ski resort, and the present-day headquarters of the elite World Economic Forum. The disease also fuelled the growth of American cities including Los Angeles and Denver, as thousands of ‘consumptives’ relocated to the curative climate of the west. Tuberculosis was even behind micro-level social changes, such as the invention of the ice cream cone in 1903 - replacing unsanitary  ‘penny lick’ glass containers that customers shared. Women’s skirts also got shorter because of the pathogen – their hemlines rising so they no longer swept across germ-ridden streets and floors.

Institut Pasteur, and the birth of the BCG

Born in Poitiers on December 22, 1872, Camille Guerin had direct personal experience of the tragedy of tuberculosis – losing both his father and his wife to the disease before the end of the First World War. After initially training as a veterinarian, he joined the Institut Pasteur in Lille in 1898 – quickly making his mark by improving the production process for smallpox vaccines. Promoted to Head of Laboratory in 1900, Guerin worked closely with institute director Calmette on a tuberculosis vaccine from 1905 until the latter’s death in 1933.

Early on, Guerin discovered that the bovine tuberculosis bacillus Mycobacterium bovis, a relative of M. tuberculosis, could immunise laboratory animals without causing the disease. After that, he and Calmette worked on ways of attenuating the pathogenic activity of the mycobacterium, using 230 successive culture transfers – and finally obtaining an effective human vaccine in 1921. On the way to their breakthrough, Guerin and Calmette had been forced to rely on the German forces who occupied Lille during World War One for laboratory supplies – including the scarce potatoes and ox bile that were key ingredients of their unique culture medium.

The pair began human trials in 1921, developing an oral emulsion of the BCG for young children – some 664 of whom had been treated successfully by 1924. The institute then began mass production of the vaccine, and 114,000 infants were treated without serious problems between 1924 and 1928. However, the vaccine received a near-fatal setback in 1930, when a botched project to immunise new-born babies in Lubeck, Germany, resulted in 73 of the children dying from tuberculosis within a year – with another 135 recovering after becoming infected. After a 20-month inquiry, the German authorities blamed negligence in the Lubeck laboratories for the scandal and absolved the BCG of responsibility, but both Calmette and Guerin received considerable criticism. The strain of defending himself – most notably at the 1930 meeting of the International Union Against Tuberculosis – may have been a contributing factor to Calmette’s descent into ill-health and death three years later. 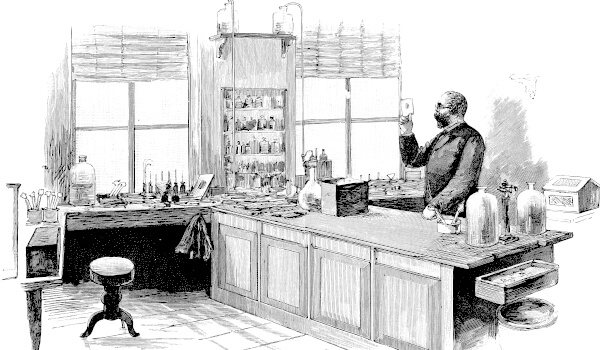 Tuberculosis-related mortality increased during World War Two, boosted by malnutrition and its effect on immune defences, plus overcrowding, and disruption to medical and public health services. But the crisis also set the stage for BCG becoming a worldwide public health phenomenon, championed by the fledgling World Health Organisation (WHO), UNICEF, and the Red Cross. During the 1950s, major trials of two separate BCG strains took place in the UK and the US – but returned widely different results, leading to very different healthcare policies. The so-called ‘Copenhagen strain’ used in UK trials performed well and was adopted as a routine vaccine for British adolescents, whereas the version studied in the US “provided little or no protection”. As the professor of communicable disease epidemiology, Paul Fine, writes: “Faced with these results, each nation did the locally responsible thing—the USPHS (US Public Health Service) decided not to introduce BCG vaccination because they had no evidence that it worked among their populations, whereas the UK authorities did introduce it, as they had good evidence of its value.” Soon, Europe and much of the world had introduced routine BCG vaccination for children or teenagers, while the US “based their tuberculosis control strategy upon contact tracing and the use of tuberculin to identify individuals for preventive therapy.”

The BCG is the most widely administered medicine in history, having already been given to more than four billion people across the globe, with another 100,000 children receiving it for the first time every year. Long a fixture on WHO’s list of essential medicines, it is also one of the world’s cheapest therapeutics – costing less than $1 a dose in many countries. Although it has not proven effective against pulmonary tuberculosis in adults, particularly in the developing world, Luca and Mihaescu argue that the BCG still “prevents a large number of deaths that would otherwise be caused by TB every year”, with “astonishing safety records”. They point out that, in the UK alone, the risk of infection dropped from around two per cent in 1950 to less than 0.1 per cent in 2013 – a lowering of risk that has enabled the NHS to halt mass vaccination and focus on targeted care. Research published in the International Journal of Epidemiology in 2018 also found that the beneficial effects of the BCG lasted for almost twice as long than anticipated, and “protected over 50% of UK children against TB for at least 20 years.”

The BCG’s continuing relevance is also a problem for science, however. In over a century, no new vaccine or medicine has emerged to rival it, or to deal effectively with adult pulmonary tuberculosis. The 1943 discovery of streptomycin created the first antibiotic effective against tuberculosis, but the drug’s early promise was quickly snuffed out when tubercle bacilli developed strong resistance to it. In 2020, with COVID-19 impacting on health services everywhere, global tuberculosis deaths rose for the first time in more than a decade, to approximately 1.5 million. 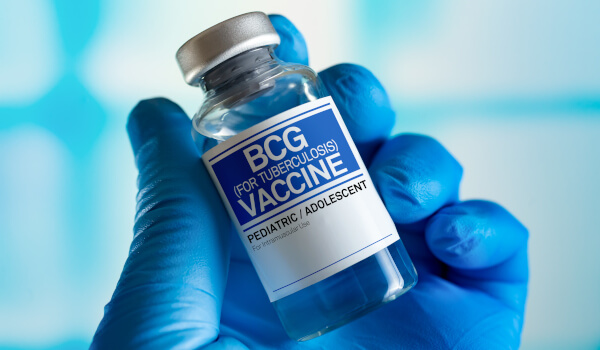 Still surprising us – 101 years on

As well as being our most effective weapon against tuberculosis at the age of 101, Guerin and Calmette’s vaccine is currently helping to treat several other modern health conditions. The BCG is effective against severe infant meningitis, as well as a ‘gold standard’ treatment for bladder cancer. But it also “appears to have unexpected beneficial effects through the generalized stimulation of the immune system, which can protect against pathogens other than its intended target.” An article in BJU International noted that that the BCG has “logically been suggested as a possible agent to prevent, or decrease, the severity of COVID-19” – a possibility being investigated in at least a dozen randomised studies. Research is also ongoing to discover whether it has a role in combating autoimmune diseases such as Type 1 diabetes – proving beyond doubt that “this most venerable of vaccines is still throwing up some surprises.”

ATCC provides a wide range of reference-grade tuberculosis strains, many of which have been sequenced and uploaded to their Genome Portal – a free-to-access database of more than 1,500 publicly-available bacteria, virus and other genomes and supporting metadata, matched to authenticated ATCC strains. Click here now to sign up free.