Seafood contaminated with marine toxins is often impossible to differentiate from non-contaminated food as they have no effect on scent, flavour or texture. This makes them some of the most dangerous poisons that can enter our food chain.

Marine toxins are a group of structurally diverse compounds with potent biological activity. Like mycotoxins, marine toxins are stable at high temperatures and so can persist even after contaminated foods are cooked. Most marine toxins are secondary metabolites of microalgae while a small number, such as tetrodotoxins, have bacterial origins.

Most marine toxins vary in toxicity and complexity. Of these, neurotoxins are the most harmful: disrupting the nervous system by binding to the voltage-gated sodium channel (VGSC), impacting synaptic transmission and having a significant impact on marine wildlife and humans. These toxins are responsible for poisonings and birth defects resulting in both ecological and economic issues, with the World Bank estimating the annual cost of treating foodborne illnesses at $15 billion. Most known marine toxins are a threat to human health and, especially in the case of marine neurotoxins, can be fatal. These toxins accumulate from the environment, building up the food chain in predator animals that consume contaminated food.

The filter-feeding nature of shellfish makes them particularly prone to the accumulation of toxic algae. This affects many shellfish-producing countries, Spain being the largest producer in Europe. Shellfish contaminated by algal toxins, when not properly monitored, can cause severe and life-threatening human poisonings. A UK Study found six cases of reported shellfish poisoning due to consumption of contaminated mussels that contained high levels of heat-stable okadaic acid (OA)-group toxins. After investigation, the local authority determined that the restaurant had received a batch recall notice, five days earlier, from the shellfish producer for the mussels because of elevated toxin levels - but this was not seen before the mussels were served to customers. When potentially harmful products are released into our food chain it is important that recall notices are followed up appropriately to reduce consumer risk. 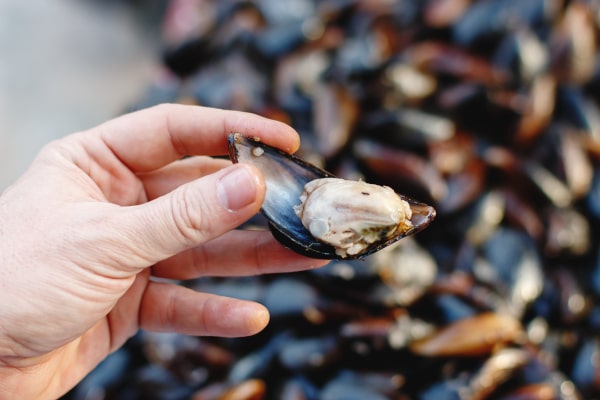 Marine toxins present researchers with a complex challenge, due to the limited availability of the large quantities of pure toxin needed for toxicological studies. However, it is vital that we continue to build detailed structural knowledge of marine toxins. This work is supported by the increasing use of liquid chromatography mass spectrometry (LC-MS/MS) analysis, as well as improving commercial availability of marine toxin reference materials. New methods are continuously being developed to ensure appropriate monitoring of seafood contamination by marine toxins.

At LGC we understand that regular testing is required to ensure harmful levels of toxins do not enter the food chain. That’s why we provide a comprehensive range of high-quality toxin certified reference materials. Sourced from a range of well-known, high-quality suppliers, LGC delivers a service you can trust.

View our range of reference materials for marine biotoxins. Or get in touch today to find out how we can assist you, whatever your laboratory needs.