We supply a wide range of paclitaxel- and docetaxel-related impurities and degradation products, as well as our ISO 17034-accredited paclitaxel API. For more information, scroll to the bottom of this article. 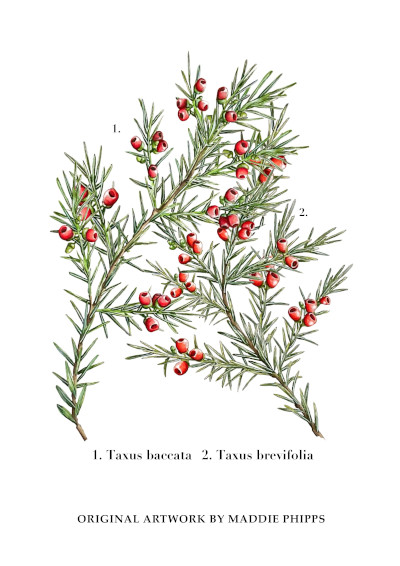 For more than 30 years, the chemotherapy drugs paclitaxel and docetaxel have been frontline therapies in the treatment of many forms of cancer - and two of the most successful naturally-derived compounds ever to become medicines.

Paclitaxel, sold mainly under the brand name Taxol, was first isolated in 1971 from endophytic fungi in the bark of the Pacific yew tree (Taxus brevifolia). It is a chemotherapeutic used mainly as a treatment for breast, lung, ovarian and pancreatic cancers, and works as a mitotic inhibitor - blocking cell growth by stopping mitosis, or cell division. Paclitaxel/Taxol is on the World Health Organization’s Model List of Essential Medicines, and was at one point the best-selling cancer drug ever manufactured, with annual sales of $1.6 billion in 2000.

Docetaxel, meanwhile, is another major chemotherapy drug with origins in the yew family: a semi-synthetic taxane derived from extracts of the European yew tree (Taxus baccata). Similar to Paclitaxel in its mechanism of action, adverse reactions, and resistance mechanisms, it was marketed globally as Taxotere and achieved annual sales of €2.1 billion before its patent expired in 2010.

During the 1960s, the US National Cancer Institute (NCI) began searching for possible cancer cures in natural plant and animal products – collecting 30,000 samples between 1960 and 1981. In 1964, two scientists working for the NCI – Monroe E. Wall and Mansukh Wani – discovered that extracts from T. brevifolia were toxic to living cells, with Wall and his colleagues later isolating the most cytotoxic compound and naming it paclitaxel.

After confirming its antitumour activity in mouse models, paclitaxel was selected for clinical development and, by 1979, Yeshiva University’s Dr Susan Band Horwitz had discovered the drug’s antimitotic properties. “The chemical structure of Taxol is unique, and it looked extremely interesting to me,” Horwitz said. “Within a month, we knew that we had a very interesting molecule that was doing something to cells, which no one else had seen occur with a small molecule. It was very exciting.” Ten years later, the results of a phase II clinical trial at Johns Hopkins University found that 30 per cent of patients with advanced ovarian cancer responded positively to paclitaxel treatment.

Docetaxel/Taxotere was first developed in the early 1980s under the guidance of Pierre Potier, the director of the French Institute of Natural Substance Chemistry (ICSN), using material from T. baccata trees that had recently been felled on the ICSN site in Paris. Potier’s team found that they could obtain significant quantities of paclitaxel from a kilogram of fresh T. baccata needles, and also developed a semi-synthetic method for developing the drug. Moreover, in doing so, they discovered another chemical that was ten times more active than paclitaxel - what later became docetaxel.

Paclitaxel is currently produced via a semi-synthetic pathway that utilises a compound, 10-O-Deacetylbaccatin III, isolated from T. baccata. Because the compound is extracted from the needles of the tree, the method is simpler and much more economical than extraction from T. brevifolia bark (see also Outlook, below). 10-O-Deacetylbaccatin III (I) features four hydroxyl groups with varying reactivity towards acetylation. As such, only the hydroxyl at C-7 needs to be protected, before acetylation of the second most reactive hydroxyl at C-10 to give II.

The paclitaxel molecule consists of a tetracyclic core called baccatin III and an amide tail at C-13. In the presence of butyl lithium and hexane, a protected azetidione, III, is used to create the amide moiety. Epimers are separated via chromatography, and the triethyl silyl protecting groups removed using hydrofluoric acid to give paclitaxel.

Paclitaxel is prone to epimerisation at the C-7 position. The hydroxyl group easily undergoes epimerisation, particularly under basic conditions, degrading to 7-epi-paclitaxel, VI. Epimer impurities can also arise when not removed properly by chromatography. Compound V, 10-O-Deacetyl-7-epi-paclitaxel, is a common paclitaxel degradant which is an epimer of paclitaxel that has also undergone deacetylation at C-10.

The importance of protecting groups on reactive hydroxyl moieties is outlined above. Where protected groups are not used correctly, overacetylation can occur, particularly on the C-7 hydroxyl. This leads to compound VI, 7-O-Acetylpaclitaxel. Alternatively a by-product impurity can occur whereby the protecting group at C-7 is not effectively removed, presenting 7-O-(Triethylsilanyl)paclitaxel, VII.

Realising the total synthesis of paclitaxel is a major target for modern organic chemistry as, throughout its history, research and treatment have been hampered by problems with the supply of raw materials for the drug.

The slow-growing nature of the Pacific yew – it takes about 100 years before its bark is harvestable – and indiscriminate felling both before and after its therapeutic properties were discovered means that T.brevifolia is now classed as ‘near threatened’ by the International Union for Conservation of Nature. Given that another source of paclitaxel – the Asian tree Taxus contorta – is now classed as endangered due to overharvesting, developing a totally synthetic source for paclitaxel could not just open the way to paclitaxel derivatives with greater therapeutic potential, but also benefit the environment.

Progress has been slow to date, however. The semisynthetic production of paclitaxel via the conversion of baccatin III or 10-deacethylbaccatinIII described above remains a costly and difficult process, and arriving at a totally lab-made alternative remains a formidable synthetic challenge, even for modern chemists. Writing in the Journal of the American Chemistry Society last year, a group from China’s Southern University of Science and Technology noted that “The existence of Taxol-resistant tumors and side effects of Taxol make the development of new approaches to synthesize Taxol and its derivatives highly desirable.” However, it added: “in all the previous syntheses of Taxol, there have been no reports of closing the desired eight-membered ring through C1–C2 bond formation.”